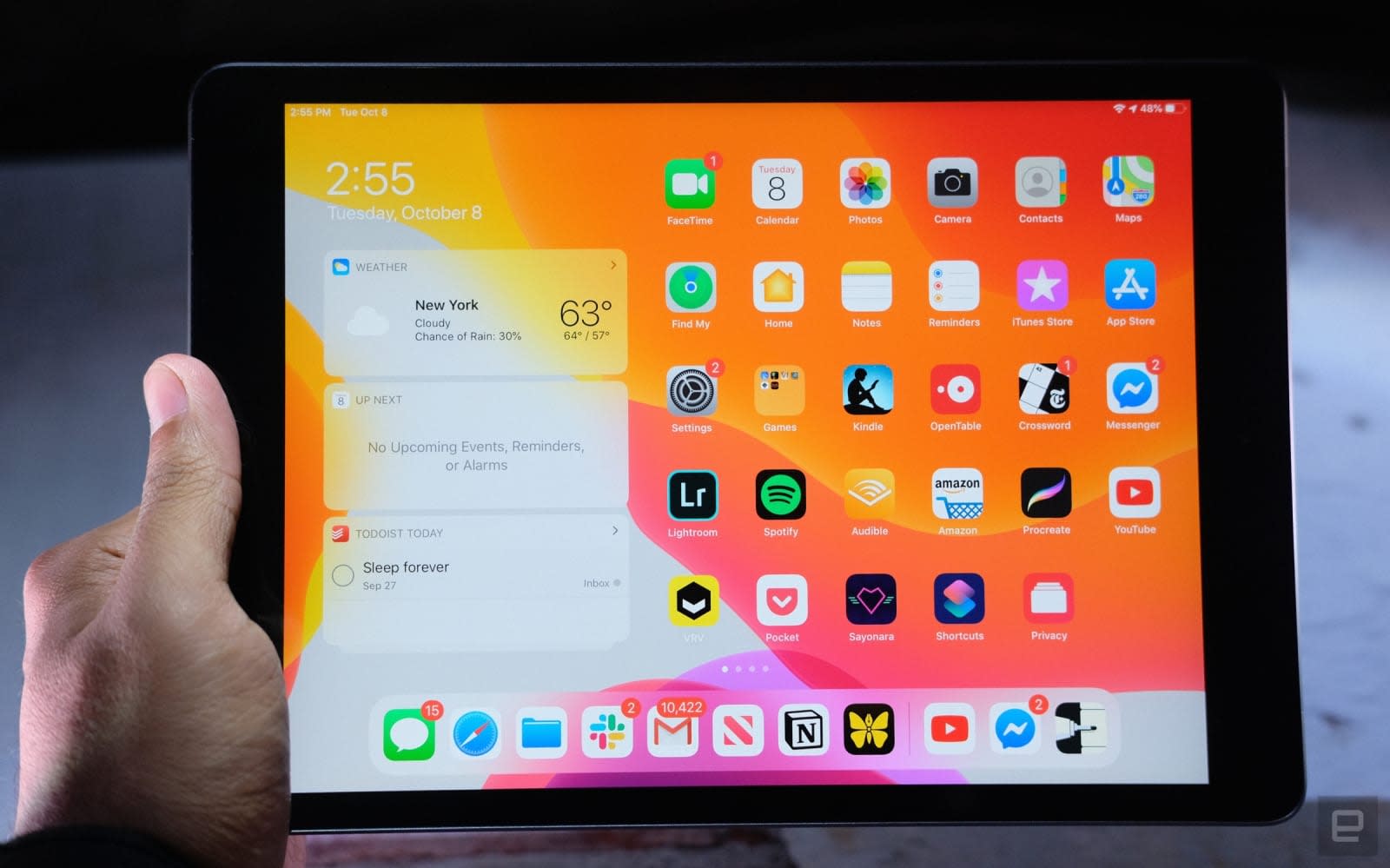 You knew it wouldn't be Black Friday if there weren't sales for Apple gear, and there are plenty of those to go around in 2019. One of the best bargains may be Apple's 10.2-inch iPad, which is selling for $250 at Target through November 30th -- $80 off the usual $329. That makes it far easier to justify if you're looking for straightforward tablet. Appropriately, Amazon is offering the Apple Pencil for $79 ($20 off) to help you get started on any iPad projects.

You're also covered if you prefer Apple's wearables. The 40mm Apple Watch Series 5 is listed at Amazon as starting at $379, or $20 off, but it drops to $355 ($385 for the 44m model) in checkout. It's not certain when that deal ends, so you'll want to move fast. Want AirPods? Target is carrying the AirPods with wireless charging case for $165 ($35 off) through November 30th.

There are more deals to be found, including a Best Buy sale discounting the HomePod to $200. And of course, Apple's own promo offer gift cards ranging from $25 to $200 for many of its devices through the weekend -- though it notably excludes its very latest iPhones, the 16-inch MacBook Pro and Apple Watch Series 5. If you want sales on newer products, you'll have to go elsewhere.

Source: Target (iPad), (AirPods), Amazon (Watch), (MacBook Pro)
Coverage: Best Buy (MacBook Pro), (HomePod), Amazon (Pencil)
In this article: apple, apple watch, blackfriday2019, engadgetdeals, gear, hgg2019, ipad, mobile, personal computing, personalcomputing, thebuyersguide, wearables
All products recommended by Engadget are selected by our editorial team, independent of our parent company. Some of our stories include affiliate links. If you buy something through one of these links, we may earn an affiliate commission.