If you've been waiting to get the best Mac money can buy, well, today's the day. Apple's new Mac Pro is on sale, and it starts at an eye-popping $5,999. That's a lot of cash for the average user, but maybe not so much if you make your living on how fast your computer is. The Mac Pro is highly customizable, though, and Apple is letting potential buyers upgrade it to a ludicrous level. What do I mean by "ludicrous," you may ask? Well, the top-of-the-line Mac Pro costs $52,599. That's not a typo.

What do you get for that cash? Well, the 2.5GHz, 28-core Intel Xeon W processor adds $7,000 to the price, while upgrading to 4TB of storage costs another $1,400. (Apple says it'll offer an 8TB SSD eventually, but that's not available yet.) Right now, the top-of-the-line graphics option is two Radeon Pro Vega II Duo cards, each with 32GB of RAM. That'll add another $10,800 to the sticker price.

If you're interested in spending a house down payment on this Mac, you'll need to be patient as well as rich -- Apple's store says this configuration won't ship until late January. Oh yeah, and don't forget to save up for that fancy Pro Display XDR monitor and its $1,000 stand, as well. 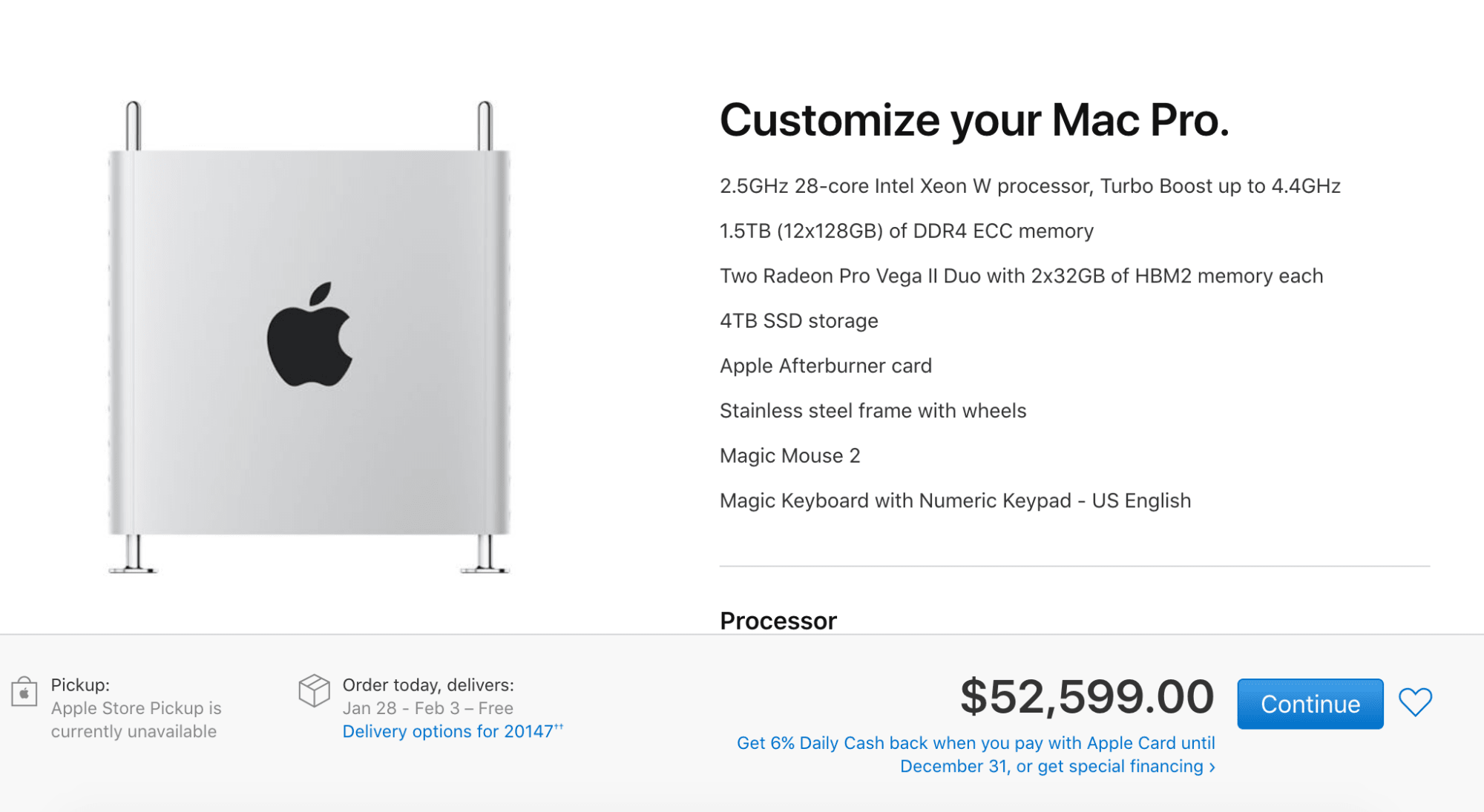