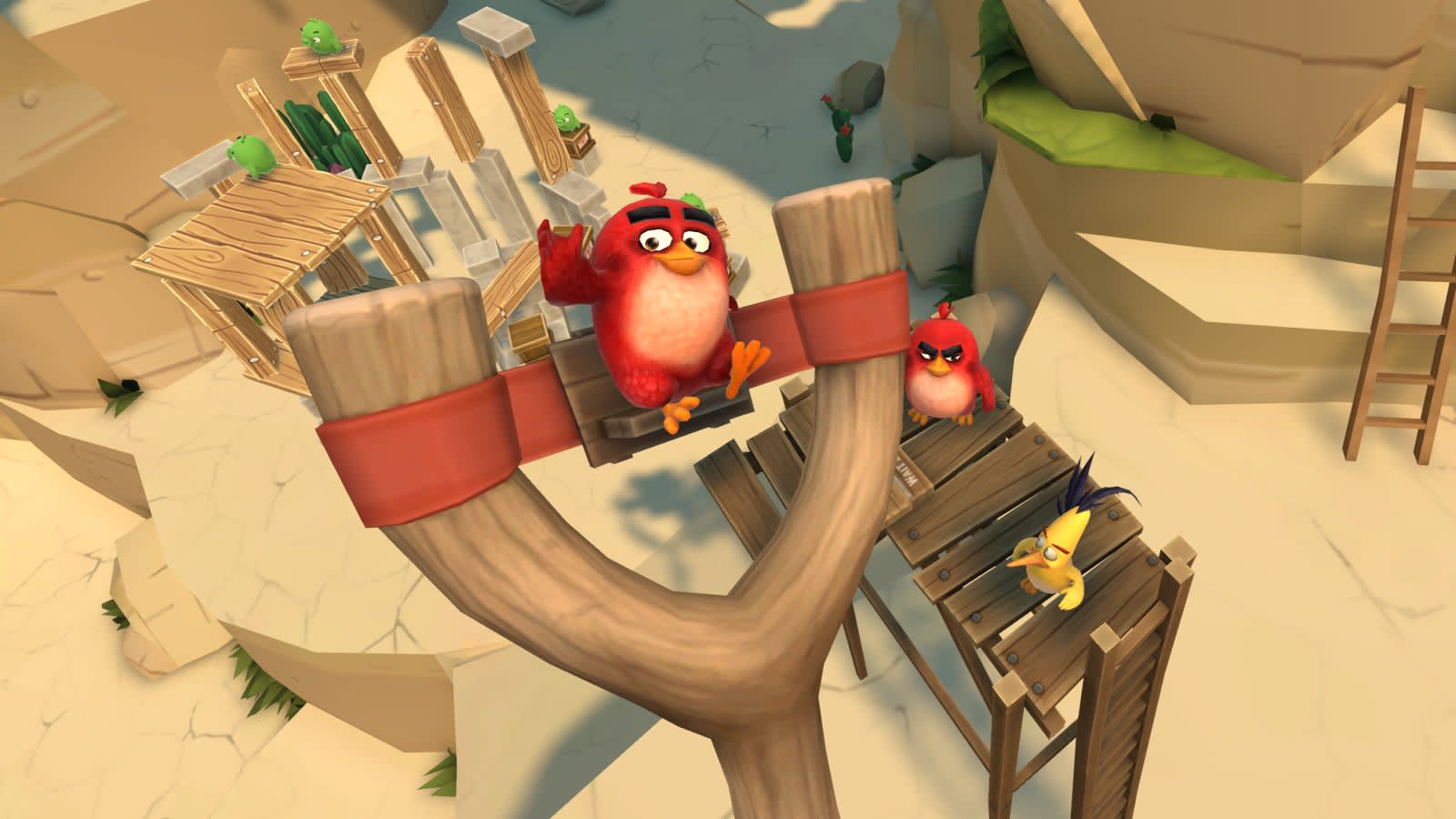 Angry Birds fans can get creative with their pig-destroying shenanigans, as Angry Birds VR: Isle of Pigs just received an update that adds a stage editor to the game. This is the first-ever level builder for the series, according to developer Resolution Games. Players can place blocks, planks of wood, explosives and pigs in an environment, setting up challenging structural puzzles or cathartic domino-effect demolitions.

Resolution Games hopes to release an online version of the stage editing mode next year. This would allow players to share their creations with others and compete for titles like the most difficult and creative levels, or the highest score.

Setting up a complicated structure and then destroying it sounds like the type of primal fun from childhood, like building a sandcastle just to smash it later. The Angry Birds franchise has been around for a decade, so it's a little surprising that players are just now getting a level editor. Plus, since many Angry Birds fans -- like casual gamers and older folks -- probably haven't jumped on the VR bandwagon yet, it would be nice to have a level editor in a classic 2D version of the game. You can download Angry Birds VR: Isle of Pigs for $14.99 on the Oculus Rift Store, Oculus Quest Store, PlayStation Store, Steam and Viveport.

In this article: angry birds, angry birds vr, av, games, gaming, resolution games, Rovio, vr
All products recommended by Engadget are selected by our editorial team, independent of our parent company. Some of our stories include affiliate links. If you buy something through one of these links, we may earn an affiliate commission.