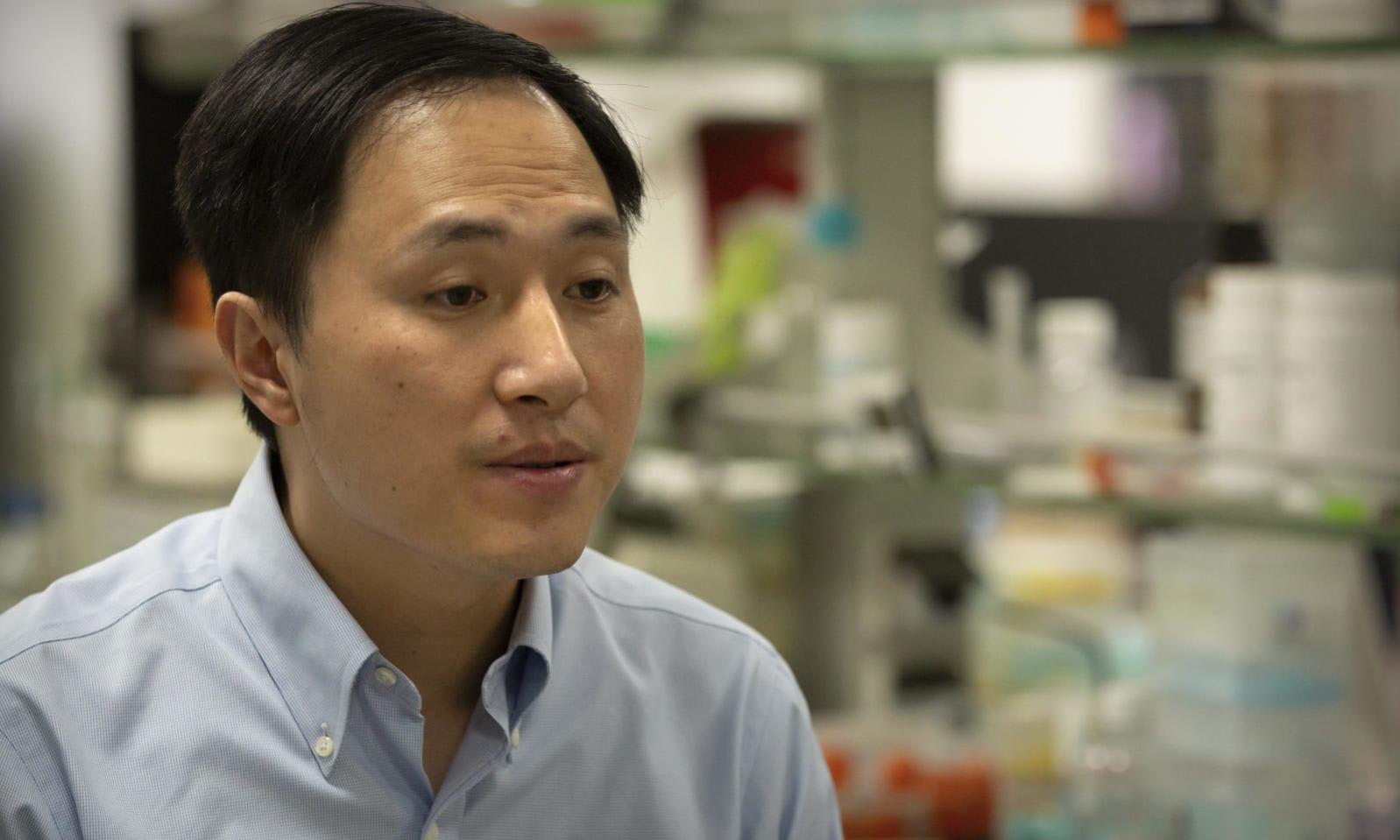 Last year, a Stanford-trained scientist stunned the world by revealing that he had created the first genetically-edited babies using the CRISPR/Cas9 tool. Now, He Jiankui and two of his associates have been sentenced to three years in prison following a secret trial in China. The team was convicted of "illegal medical practice" for performing human embryo gene editing "for reproductive purposes," according to China's state-run Xinhua News Agency.

He will also pay a 3 million yuan ($429,000) fine and be banned from reproductive medicine for life. His co-workers, Zhang Renli and Qin Jinzhou, will also receive prison terms of two years and 18 months, respectively, on top of fines and bans. There were a total of ten authors on the scientific paper released by the team, but it's not clear if others will be penalized, as well. (Much of the information about the trial is unverifiable except through Chinese state sources.)

According to the judgement, He and his colleagues conspired in 2016 to edit the CCR5 gene in a way that could make humans resistant to the HIV virus. The team assisted with the reproduction for "multiple couples of HIV-infected persons," according to Xinhua. After editing the embryos, they were implanted into two women, who eventually gave birth to three gene-edited babies. The trial marks the first time Chinese authorities have acknowledged the presence of a third gene-edited baby.

The court noted that the gene editing technique had not been "verified for safety and effectiveness," and that He and others forged documents to convince patients and doctors to help. The team reportedly told patients that they were part of an AIDS vaccine trial, not genetic modifications. Shortly after He revealed the CRISPR trials, experts condemned it as "unconscionable" and "immoral and unethical." Soon afterwards, Chinese authorities opened an investigation and eventually detained He.

In this article: babies, CCR5, CRISPR, gene-editing, He Jiankui, HIV, medicine, Prison, tomorrow
All products recommended by Engadget are selected by our editorial team, independent of our parent company. Some of our stories include affiliate links. If you buy something through one of these links, we may earn an affiliate commission.