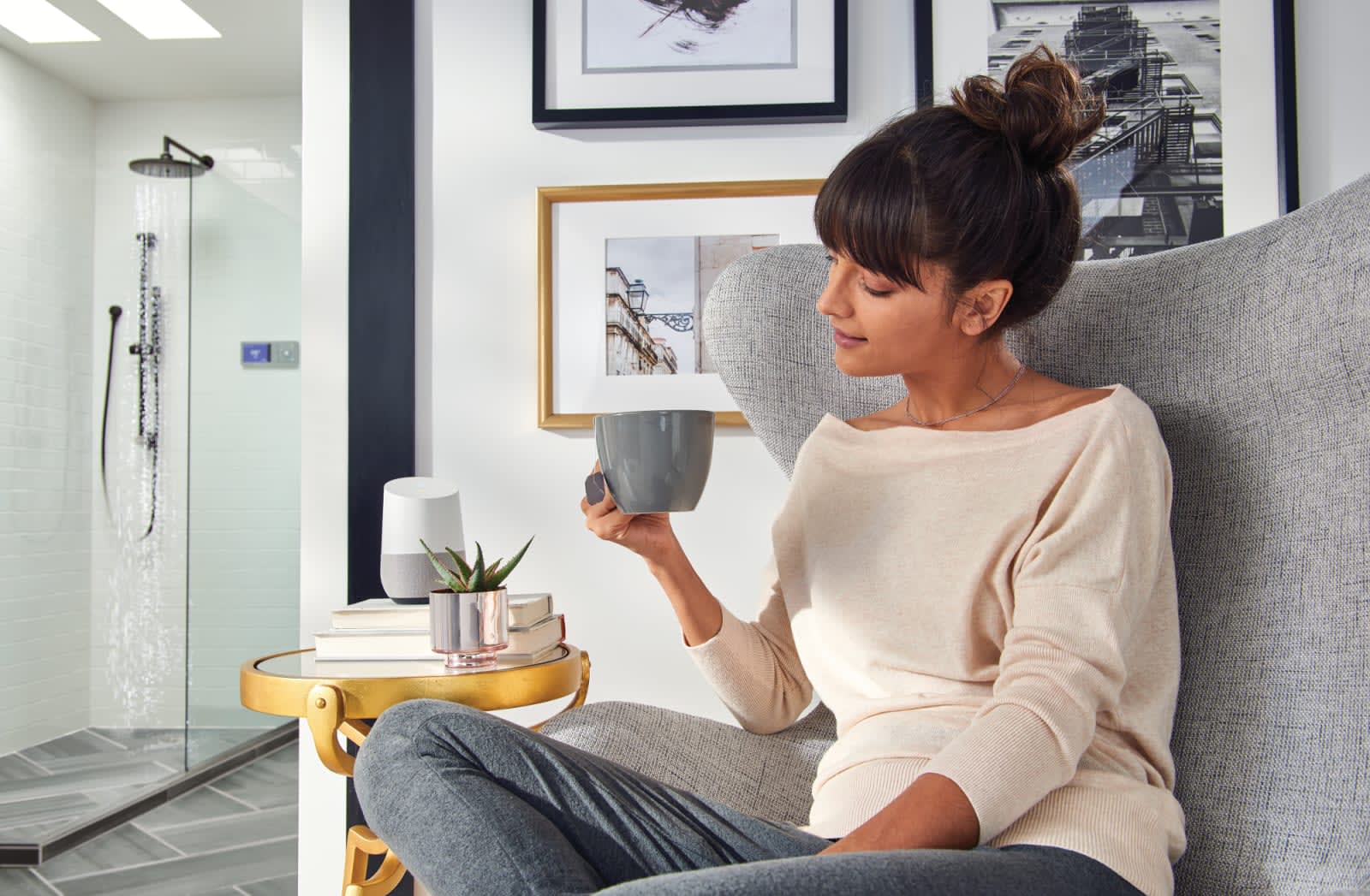 Moen is about to make its showers a little smarter. Last year, the company announced that it would be incorporating Alexa and Siri into its U by Moen smart shower series. This year, however, it's upping the ante by adding Google Assistant into the mix as well. What's more, the Alexa functionality has now been upgraded from being just a third-party skill to one that's fully integrated as an official Amazon Alexa Skill.

For example, instead of saying "Alexa, tell Moen to turn on the shower," you can now say "Alexa, turn on the shower" for the command to take effect. It works similarly with Siri and Google too; simply swap "Alexa" with either "Siri" or "Google." That's definitely a lot easier to say, especially when you're groggy in the morning. Additionally, you can now integrate the shower as part of your Alexa Smart Home Groups or Routines. So now when you say, "Alexa, start my morning routine," your shower can turn on as part of it.

As before, the U by Moen shower lets you adjust it via a variety of methods, including a control pad, an app as well as the aforementioned voice controls. You can have the shower set at a certain temperature and even have the shower pause until you're ready to step in. You can also have it set to a variety of presets like "morning shower" or "post workout cooldown" for different temperatures and showerheads.

The U by Moen system comes in either "terra beige" or "matte black." Amazon's Alexa feature is already live, while the Siri and Google functionality will arrive later this year.

In this article: ces2019, gear, home, moen, ubymoen
All products recommended by Engadget are selected by our editorial team, independent of our parent company. Some of our stories include affiliate links. If you buy something through one of these links, we may earn an affiliate commission.