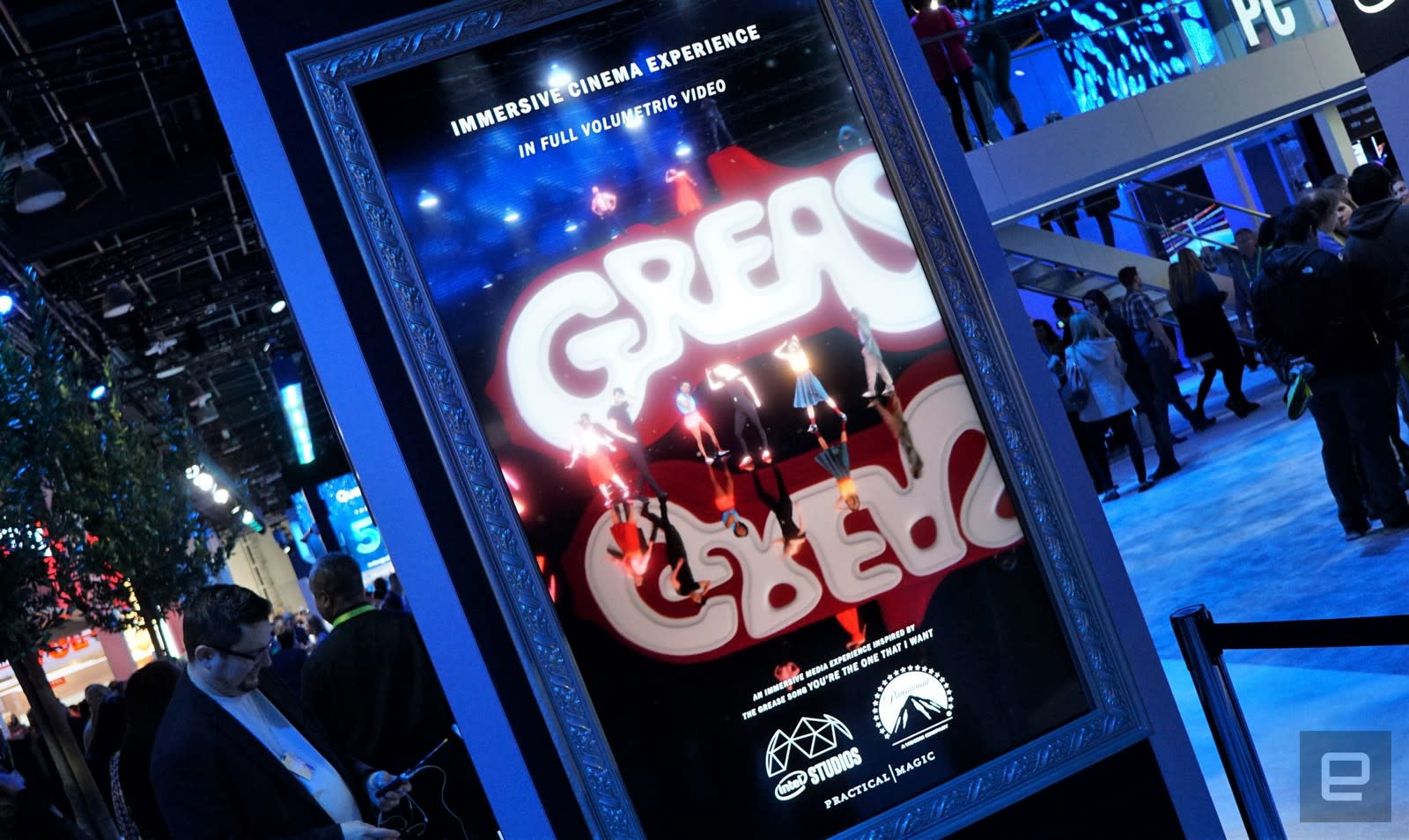 Last year, Intel Studios announced that it built a 10,000 square foot arena for capturing volumetric video in real time. Instead of just filming from a handful of different angles, it uses over 70 cameras to capture an entire scene in 360-degrees, allowing you to control what you're watching afterwards. We haven't heard much from the outfit since then, but at CES they're giving us a glimpse of what their technology can with a short dance sequence from Grease.

This Intel Studios volumetric video demo is cool, lets you control the angles of a Grease dance sequence by moving around the screen #CES2019 pic.twitter.com/0TAiaynhGb

When you step up to the demo display, an Intel RealSense camera re-orients the performance based on where you're standing. Move a bit left, and the camera seamlessly pans in that direction, as if you were you controlling a Matrix-like bullet time camera. And when you raise your arms up, the camera also pans up. It's cool, but the entire demo only lasts around 20 seconds.

It's an example of how volumetric motion capturing could make videos more immersive for viewers. But of course, this isn't the sort of tech we'd expect to see in homes. Instead, it's something museums can use to let visitors step into virtual exhibit scenes. Or, like in this case, movie studios can latch onto it like VR as yet another marketing opportunity.

In this article: av, entertainment, intel, IntelStudios, volumetricvideo
All products recommended by Engadget are selected by our editorial team, independent of our parent company. Some of our stories include affiliate links. If you buy something through one of these links, we may earn an affiliate commission.