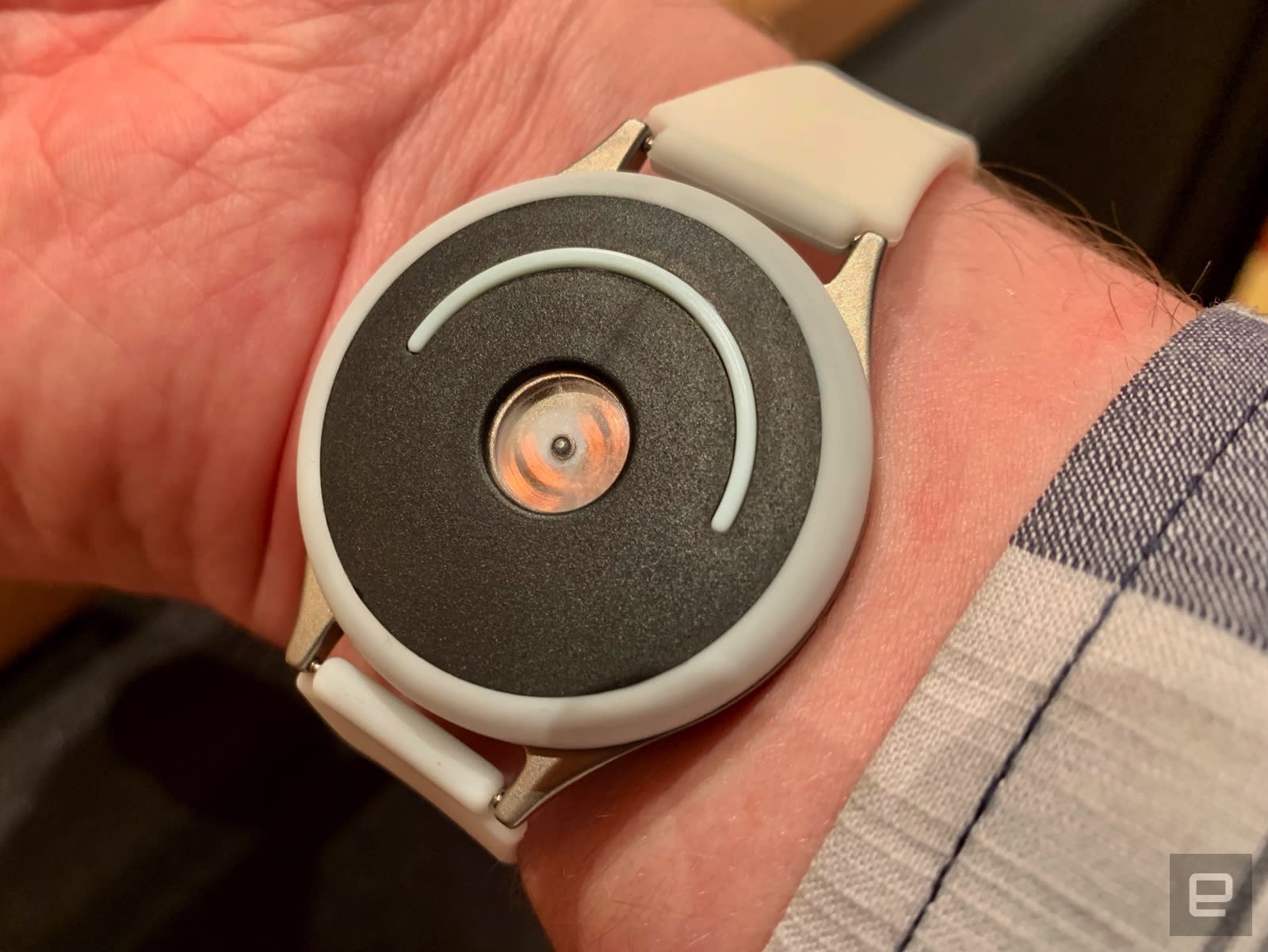 There are wearables, like the Apple Watch and Google's Wear OS devices, that do everything. And then there are wearables that go in the opposite direction, going as minimal as possible. Doppel falls into the latter category -- it looks like a small wristwatch, but instead of telling the time or tracking your steps or sending you notifications, its whole purpose is to calm you down. The wearable is mean to be worn on the inside of your wrist and sends a slight vibration in the same rhythm as a heartbeat. According to Doppel, a vibration rate that's slower than your resting heart rate is meant to help relax you, while one that exceeds your heart rate is meant to energize and focus you.

Here at CES, I am in desperate need of relaxation, so I gave it a shot. Sadly, a quick demo isn't really enough to say if it works, but the Doppel team says it has research on its side, including a study published in the peer-reviewed journal Nature Scientific Reports. I am no scientist and cannot vouch for the study, but it's at least good to see that Doppel is aware of the need for some scientific evidence to back up its claims.

Naturally the Doppel syncs with your phone over Bluetooth; from there you can set up different rhythms for different moods and choose between them. The device also has a touch-sensitive front for swapping between two different rhythms without needing to use your phone. The touch capabilities were definitely hit-or-miss, and Doppel's head of marketing Georgina Orso admitted it wasn't perfect -- but she also said they were pushing software updates out to improve the device over time, touch sensitivity included. 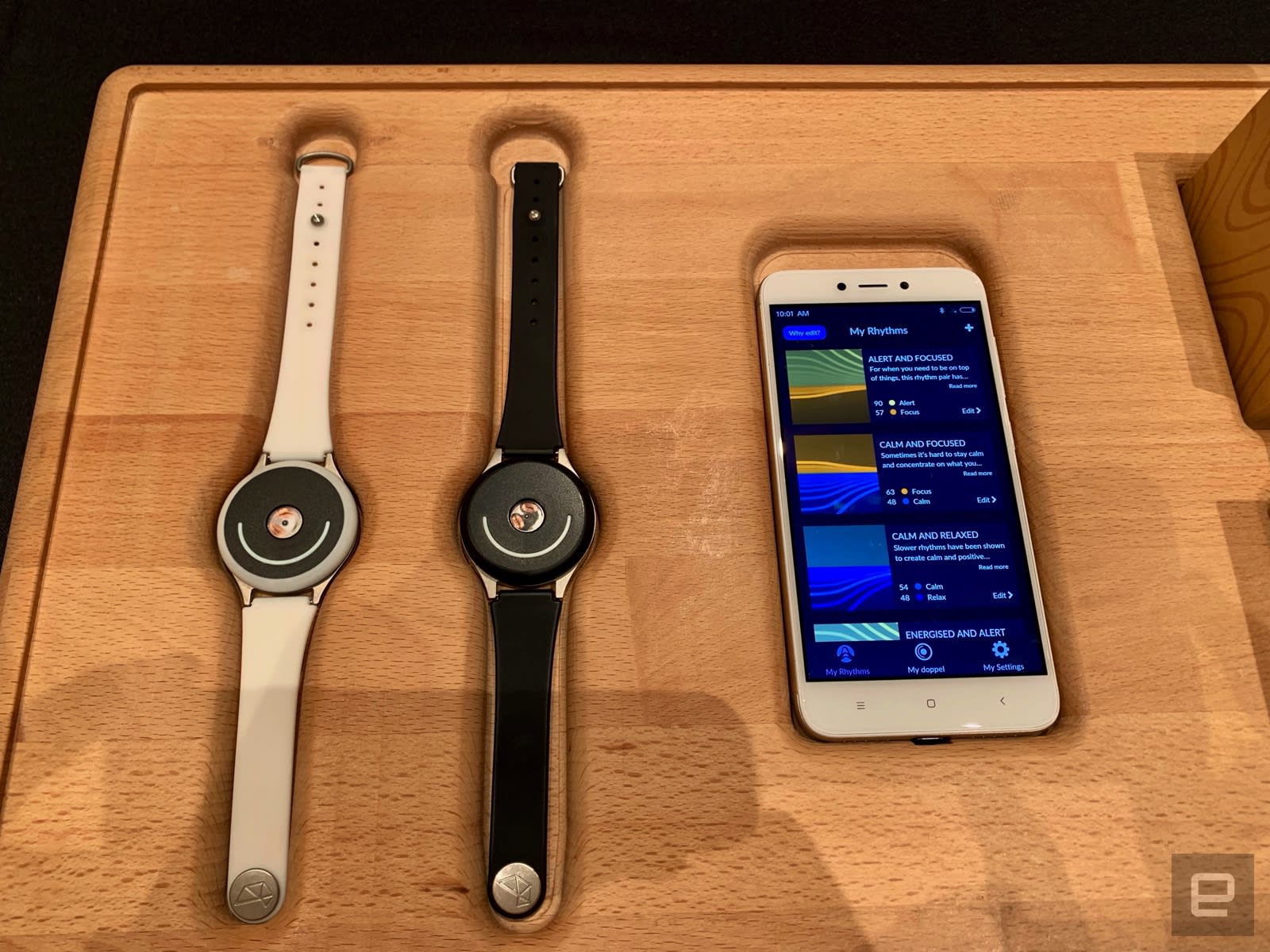 Beyond some peer reviews, the Doppel has actually been in the wild for years now. The company first launched it with a Kickstarter in 2015, but Orso notes that it was the sort of Kickstarter where the company wasn't selling a finished product -- it took all the funds to go into manufacturing for the last few years and took user feedback into account to continue improving the device.

After all the years of development, though, the Doppel is finally ready for a wide launch -- it'll be available on the company's website today for $219. That's not an insignificant investment for a single-use device, but if you're the kind of person who needs help calming down it might be worth a shot. The company also offers a 60-day return policy so you can try it out for a while and see how it works before committing to it.

In this article: CES2019, doppel, focus, gear, hands-on, heartrate, wearables
All products recommended by Engadget are selected by our editorial team, independent of our parent company. Some of our stories include affiliate links. If you buy something through one of these links, we may earn an affiliate commission.