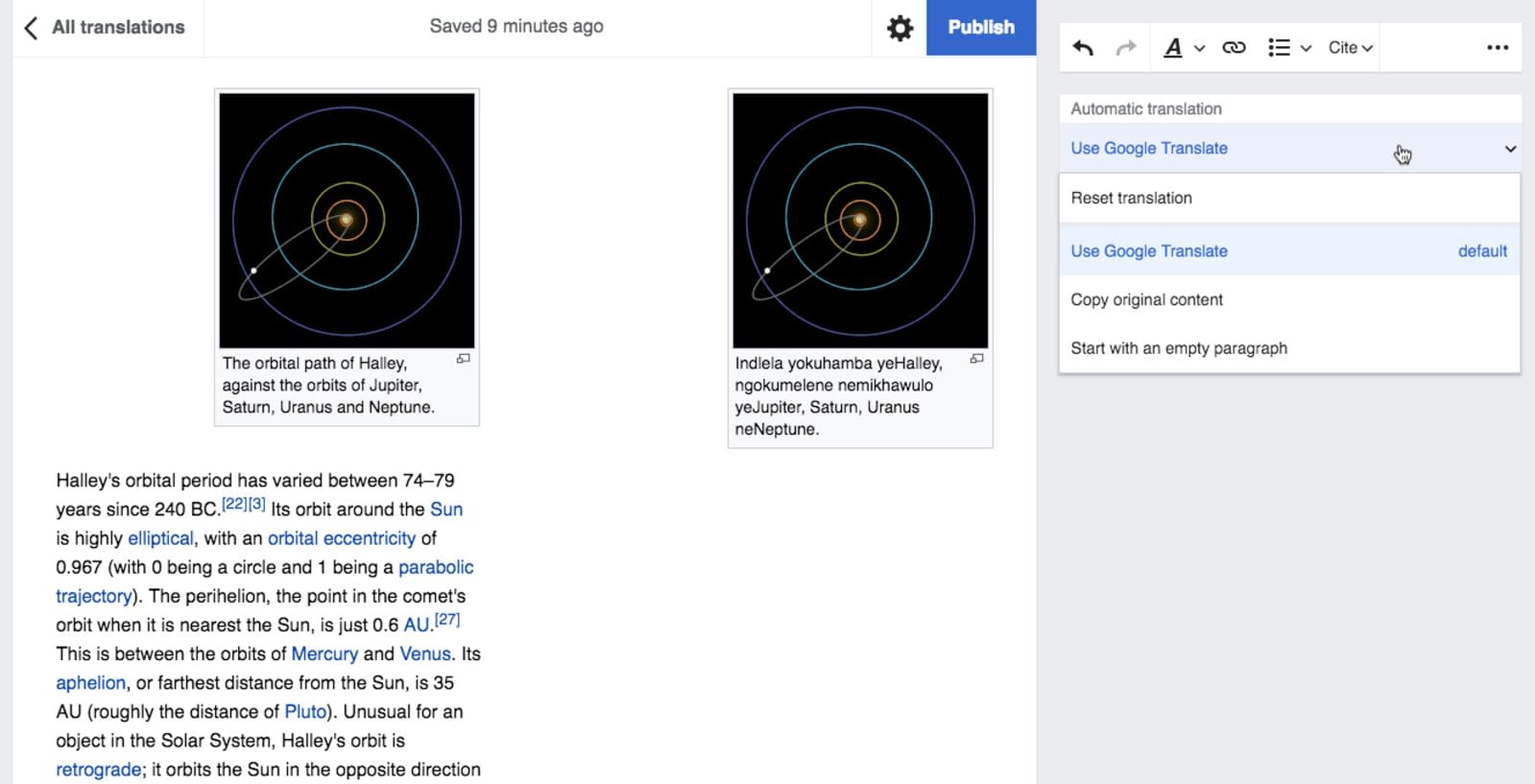 Google is helping the Wikimedia Foundation achieve its goal of making Wikipedia articles available in a lot more languages. The Foundation has added Google Translate to its content translation tool, which human editors can use to add content to non-English Wikipedia websites. Those editors can take advantage of the new option -- "one of the most advanced machine translation systems available today," the foundation called it -- to generate an initial translation that they can then review and edit for readability in their language.

The Foundation says volunteer Wikipedia editors have been asking for Google Translate integration for a long time now. According to VentureBeat, this move is an expansion of an earlier partnership, wherein Google promised to help Wikipedia make its English posts more accessible in Indonesia. Mountain View also donated to the Wikimedia in the past.

In addition to providing more accurate translations, Google Translate adds support for 15 more languages, including Hausa, Kurdish (Kurmanji), Yoruba and Zulu. All the translations it generates will be published under a free license and can be integrated back into Wikipedia. The Foundation also says that it won't be sharing data with the tech giant and that it won't be getting data from the company either.

In this article: gear, googletranslate, internet, wikimedia, wikipedia
All products recommended by Engadget are selected by our editorial team, independent of our parent company. Some of our stories include affiliate links. If you buy something through one of these links, we may earn an affiliate commission.