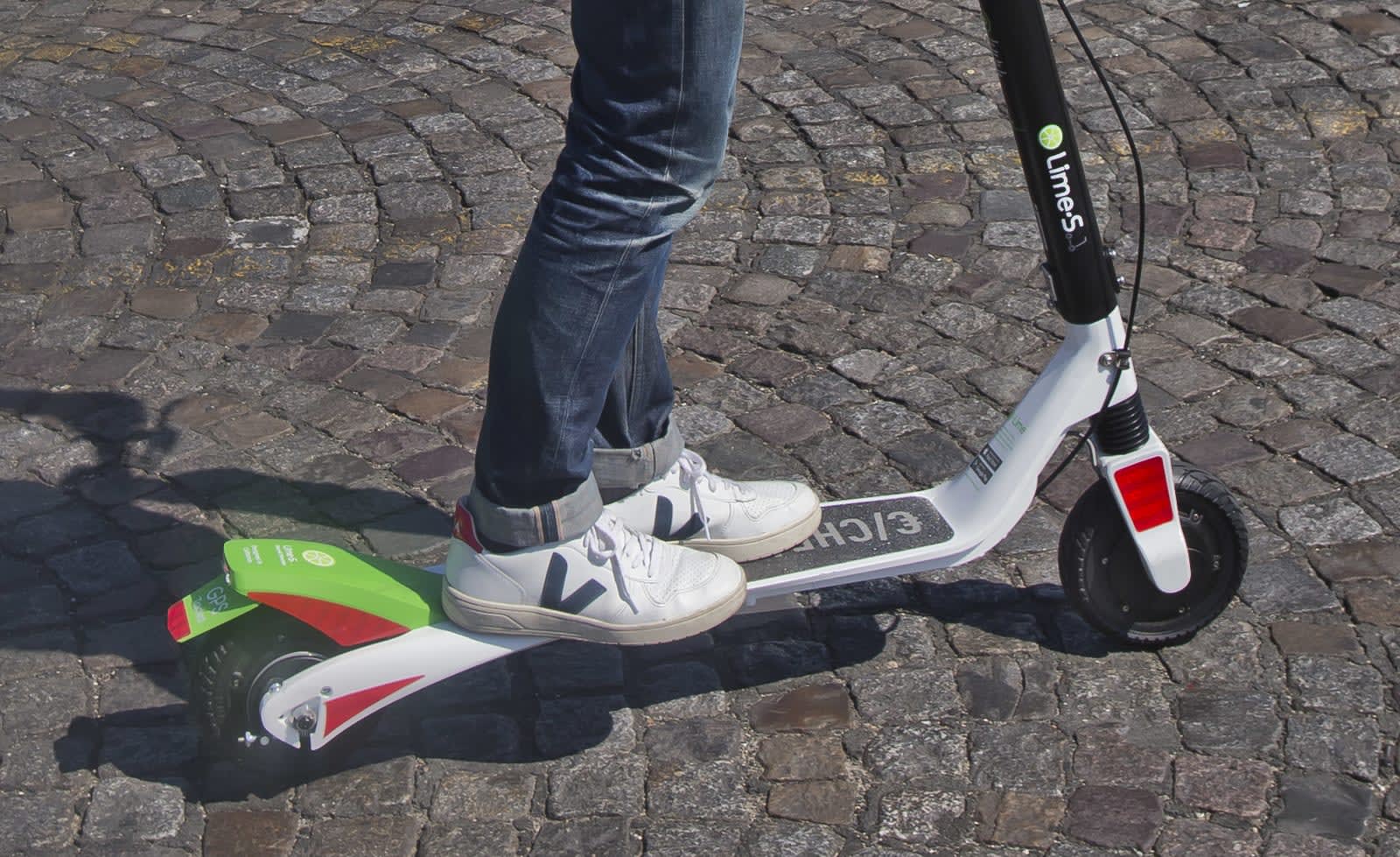 Don't expect to travel around Zurich on an electric two-wheeler in the near future. Lime has halted services in Switzerland following reports of its scooters abruptly halting in mid-ride, throwing (and sometimes injuring) riders. In a message to customers, Lime said the move was temporary and that it was performing a "thorough security and quality check" on the scooters to ensure this didn't happen again. It promised 15 minutes of free ride time as compensation when service returned, although it didn't say when that would happen.

None of the injuries to date have been life-threatening, but they have been significant. One rider broke his elbow, while another dislocated his shoulder. There are also reports of cuts and bruises.

The suspension comes at an inopportune moment for Lime. It's aiming for a rapid expansion and just added several European cities in 2018, but it has also grappled with safety issues that included a recall for broken scooters. It might face difficulties extending its reach if it can't convince the public that its scooters are safer than taking a bike or mass transit.

Source: TechCrunch, Watson (translated)
In this article: gear, glitch, internet, lime, safety, scooter, services, switzerland, transportation
All products recommended by Engadget are selected by our editorial team, independent of our parent company. Some of our stories include affiliate links. If you buy something through one of these links, we may earn an affiliate commission.