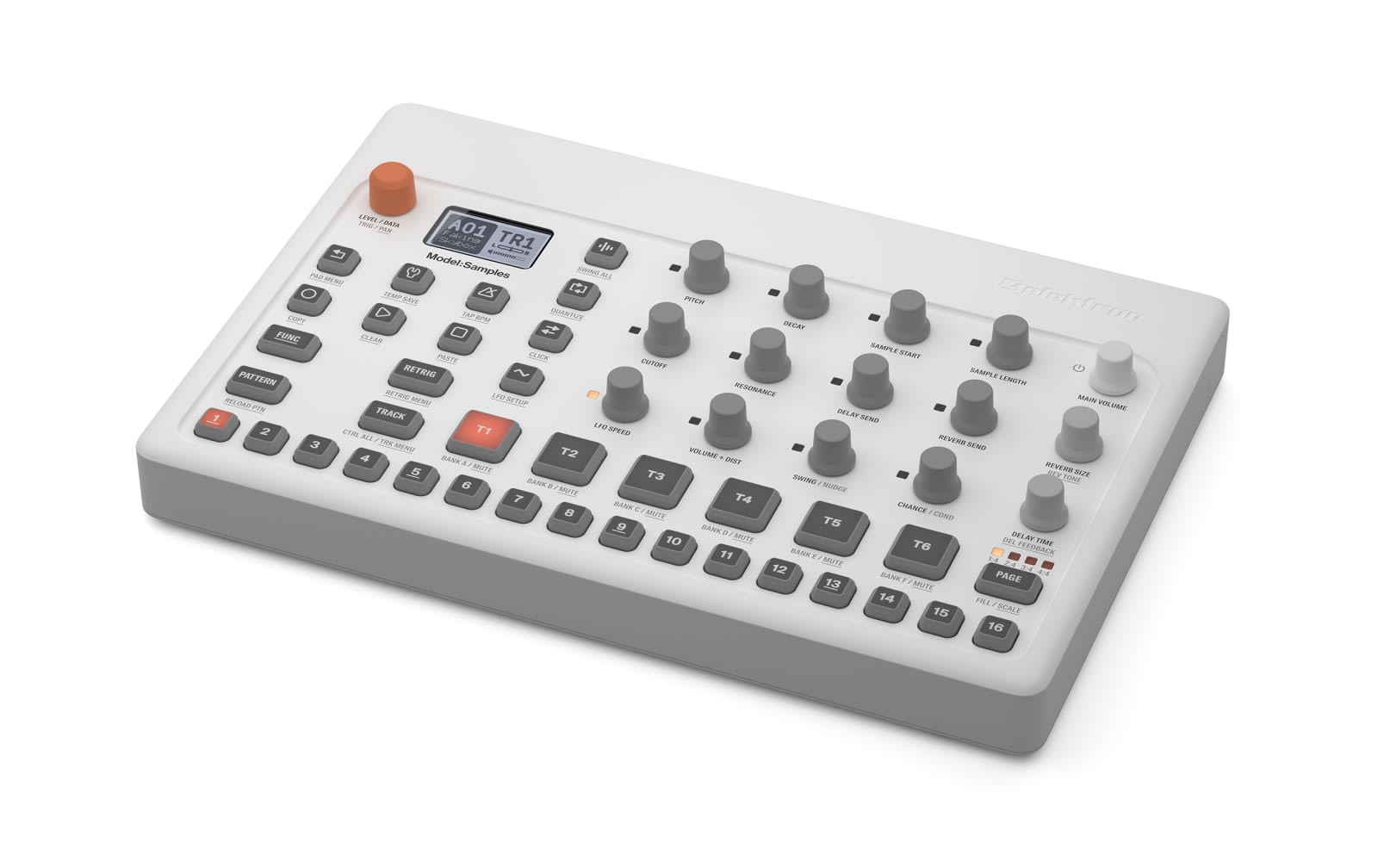 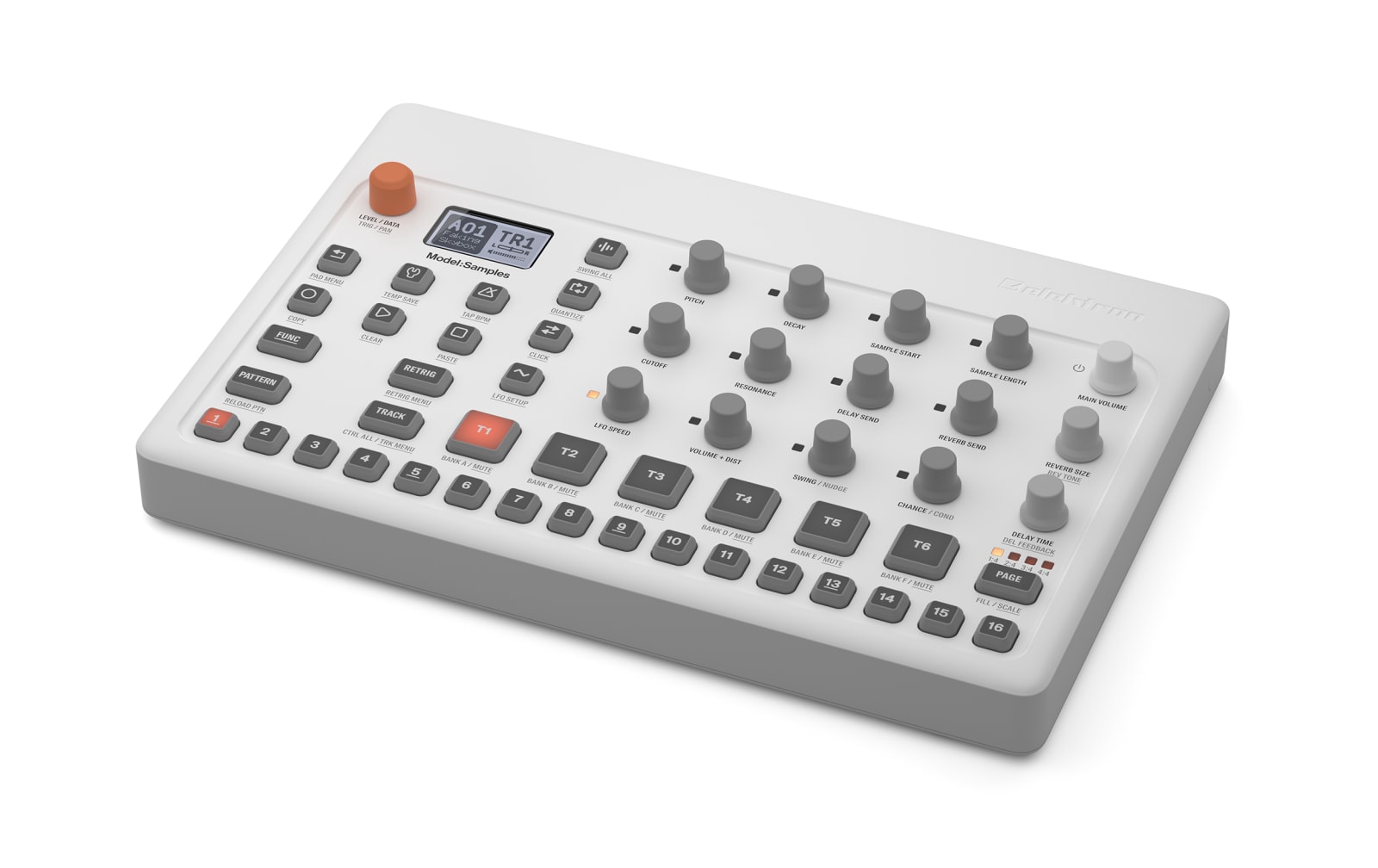 Elektron has a reputation for building high-end synths, samplers and grooveboxes with matching high-end prices. It's "affordable" options -- the Digitakt and Digitone -- have a list price of $759. Yikes. For NAMM 2019 though, it's making a legitimate play for a more budget conscious consumer with the unfortunately named Model:Samples. It has a list price of $449, but we're already seeing it for as little as $399 on some sites.

It's a six-track, sample-based groovebox that sounds sounds almost like a stripped down version of the Digitakt (but with a little less menu diving). That means 64 MB of sample memory, 1GB of onboard storage, an LFO and filter for each track, plus delay and reverb send effects built in, not to mention Elektron's famous 64-step sequencer and "workflow."

What do I mean by "workflow"? Well, Elektron devices are known for being quite powerful and flexible, but also difficult to master and, at times, unintuitive. But, in a nod towards being a little more beginner friendly the Model:Samples has a single knob for every function. Which means you wont need to navigate to a particular menu so you can change the cutoff on that high-hat, you just turn the cutoff knob. And, while you can load up your own samples over USB, the company is ensuring you have everything you need to get started right out of the box by preloading it with 300 sounds from Splice.

So what's the catch? Well, it certainly doesn't have the same aesthetic appeal as other Elektron devices. The serious, black, almost Thinkpad-esque look of its other products has been replaces with a more playful white, gray and orange color scheme. It's more friendly perhaps, but also a tad toy-like. It also doesn't appear to have the same tank-like construction. That's probably in part because the Model:Samples is meant to be somewhat portable. It's under two pounds, and is just a hair over 10.5-inches long so it should easily fit in a backpack. Plus, there's a battery pack coming at a later date.

The demo clips sound promising, but we're gonna have to wait to get our hands on one before we say for sure it's worth $449. But we're sure there will be plenty of more reviews and demo clips out there by the time the Model:Samples ships later in February.

In this article: art, DrumMachine, elektron, gadgetry, gadgets, gear, groovebox, model samples, model:samples, music, musical instrument, namm 2019, namm2019, sampler
All products recommended by Engadget are selected by our editorial team, independent of our parent company. Some of our stories include affiliate links. If you buy something through one of these links, we may earn an affiliate commission.