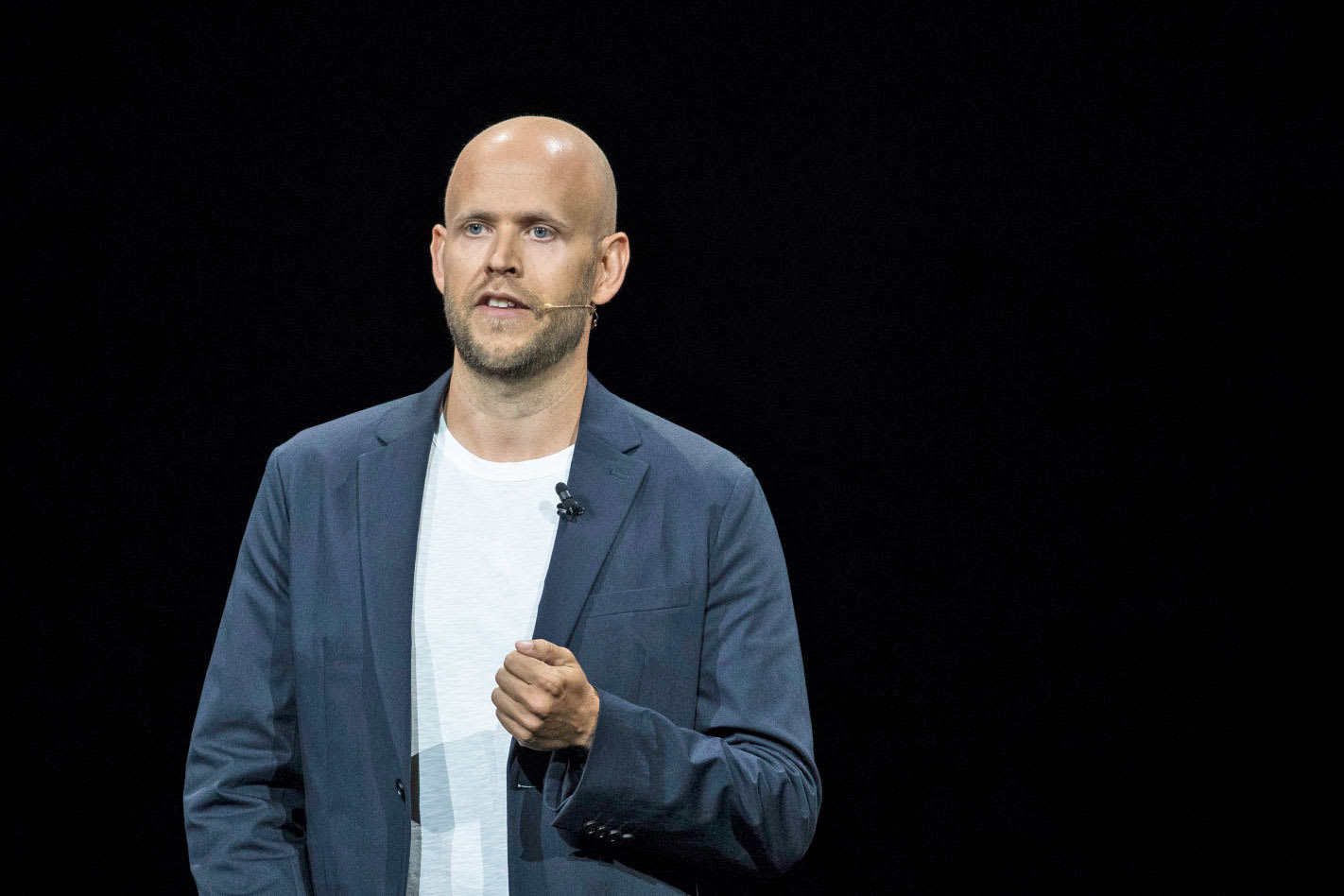 Spotify is making big moves to secure its dominance in the music streaming market. As expected, the company is buying Gimlet Media, a New York-based podcast network that owns a range of popular shows including StartUp, Reply All, Crimetown and The Pitch. It's also acquiring Anchor -- a move we didn't see coming -- to help budding podcast creators record, publish and manage their own shows. Spotify didn't disclose the terms of either deal, but confirmed that both are expected to close this quarter. "These companies are best-in-class and together we will offer differentiated and original content," Spotify CEO Daniel EK said.

In its fourth quarter earnings, the company reported 207 million monthly active users, up from 191 million last quarter. Premium subscribers rose from 87 million to 96 million, while ad-supported listeners rose from 109 million to 116 million. For comparison, Spotify had 71 million premium users and 93 'free' listeners at the same point last year. These numbers helped the company report healthy revenue of €1.5 billion (roughly $1.7 billion), and, for the first time ever, a quarterly operating profit of €94 million (roughly $107 million). That's a dramatic swing from the €87 million (roughly $99 million) loss it reported at the end of Q4 2017.

Spotify attributes the new users, in part, to its mid-November expansion that included 13 countries in the Middle East and North Africa. "Performance to date has exceeded our initial expectations, and we hope to build on this momentum in 2019," the company said in its earnings.

Spotify already offers podcasts and has been producing original shows for some time. The company isn't content with its offerings, however. In addition to Gimlet and Anchor, executives are hoping to spend between $400 million and $500 million "on multiple acquisitions" this year. "Growing podcast listening on Spotify is an important strategy for driving top of funnel growth, increased user engagement, lower churn, faster revenue growth, and higher margins," the company said in its earnings. "We intend to lean into this strategy in 2019, both to acquire exclusive content and to increase investment in the production of content in-house."

Spotify is taking the Netflix model, in short. As the company grows, it's inevitable that established record labels will start charging higher licensing fees. Podcasts, however, is something that Spotify can buy and own as exclusive content. If it green-lights the right shows, it could pull users away from third-party podcast apps and then slowly persuade them to take out a premium subscription. Anchor, too, gives Spotify the potential to rapidly build a YouTube-style distribution network. "Gimlet and Anchor will position us to become the leading platform for podcast creators around the world and the leading producer of podcasts," Ek hinted in a blog post.

Source: Spotify (Press Release)
In this article: anchor, business, earnings, entertainment, gimlet, gimletmedia, podcast, podcasting, podcasts, spotify
All products recommended by Engadget are selected by our editorial team, independent of our parent company. Some of our stories include affiliate links. If you buy something through one of these links, we may earn an affiliate commission.