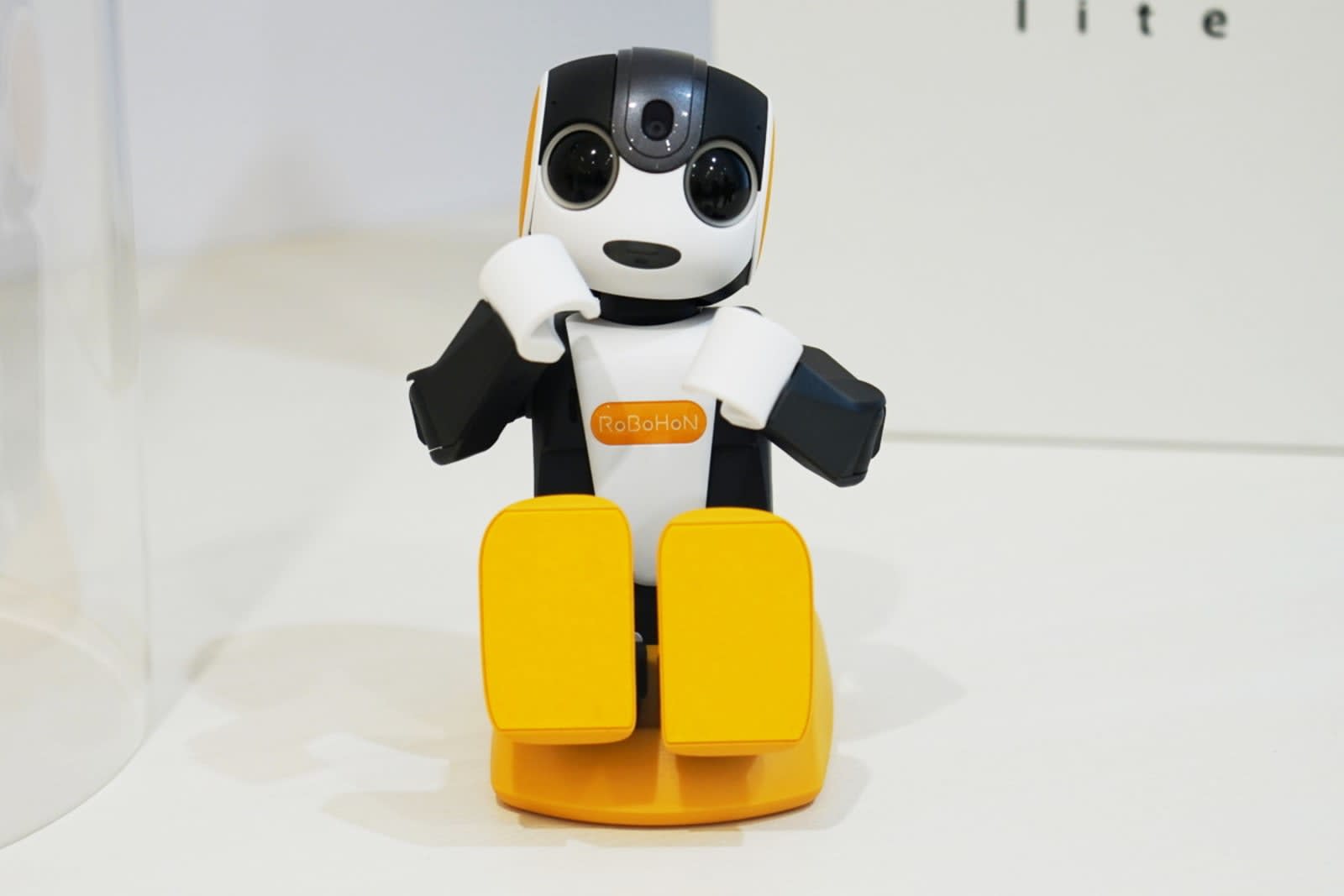 The cute Japanese robots keep coming. Sony's adorable Aibo pups are already on to their sixth litter and now Sharp is upgrading its RoBoHon line, too. In case you need reminding, that's the robot smartphone that -- like all good droids -- can sing and dance. Along with pricey LTE and WiFi-only models, the second-gen RoBoHon range includes a cheaper "seated" bot that costs 79,000 yen plus tax (around $715). Of course, that means it can't walk, but it will still be able to bust-a-move to certain songs using the top half of its body. Users can also manually move its legs to make it stand upright. The robot's smartphone core allows it to carry out a range of tasks, from snapping and sharing images to (soon) controlling smart home appliances like Sharp's Aquos Android TVs and air conditioners. The company also encourages users, including children, to program its speech and movements using the on-board apps, of which there are currently 30 (with room for up to 46 apps in the future). Overall, Sharp boasts improved reactions and response times.

For businesses, the company is promising a feature that allows RoBoHon to offer guidance about products and exhibits in stores, showrooms, and museums. Another app will transform it into a receptionist with multi-lingual skills including Japanese, English, Chinese and Korean, according to The Japan Times.

Specs-wise, the smartphone part is still nothing to shout about, even though it's been bumped up from Android 5.0 to Android 8.1 and now packs a slightly larger 2.6-inch display (up from 2-inches on the original). It also benefits from a Snapdragon 430 chipset, 2GB RAM, 16GB storage, and an 8-megapixel camera. The pico projector, however, has been axed.

Via: Engadget Japan
Source: Sharp
In this article: gear, robohon, robotics, robots, sharp, TL19RBTBDY
All products recommended by Engadget are selected by our editorial team, independent of our parent company. Some of our stories include affiliate links. If you buy something through one of these links, we may earn an affiliate commission.