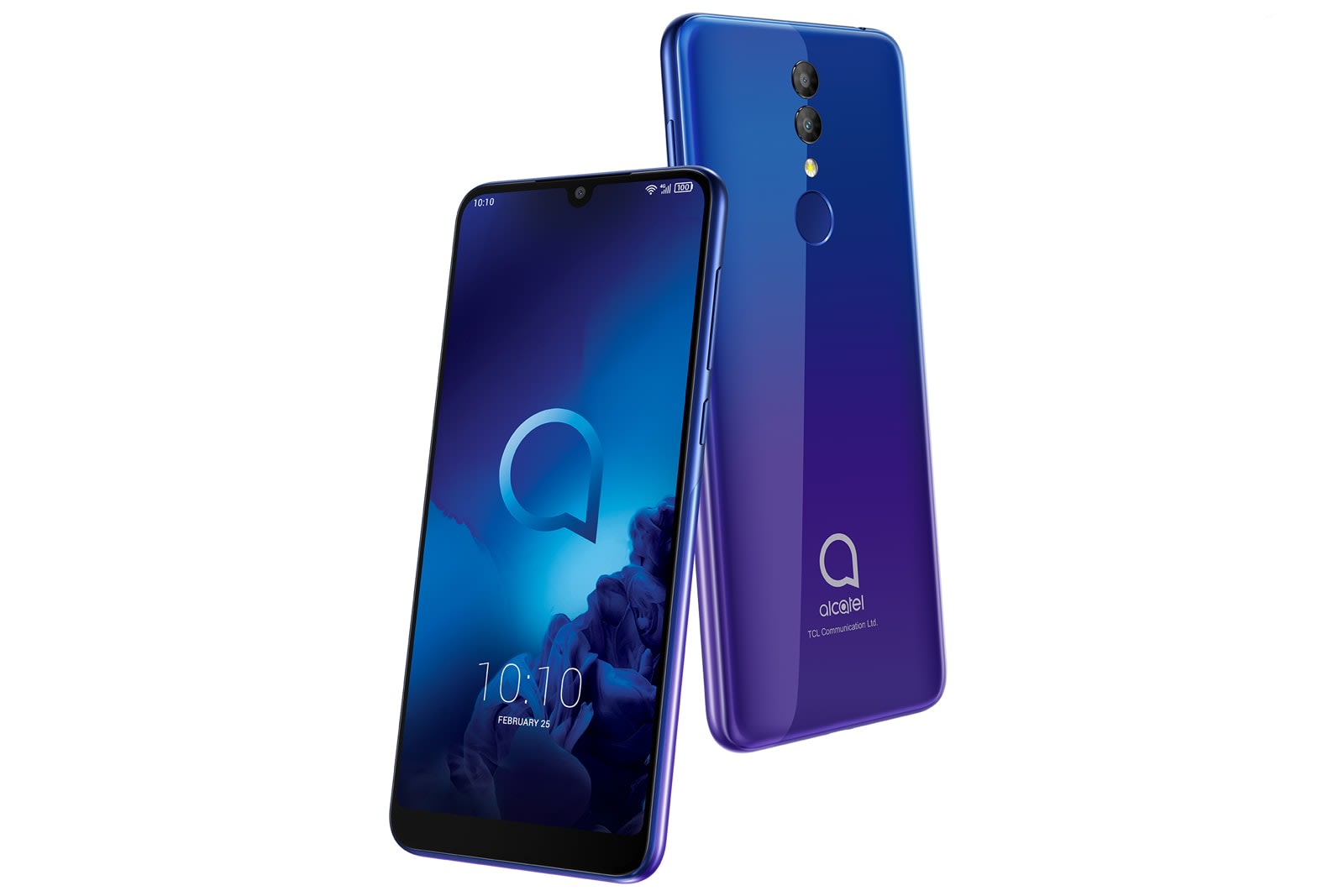 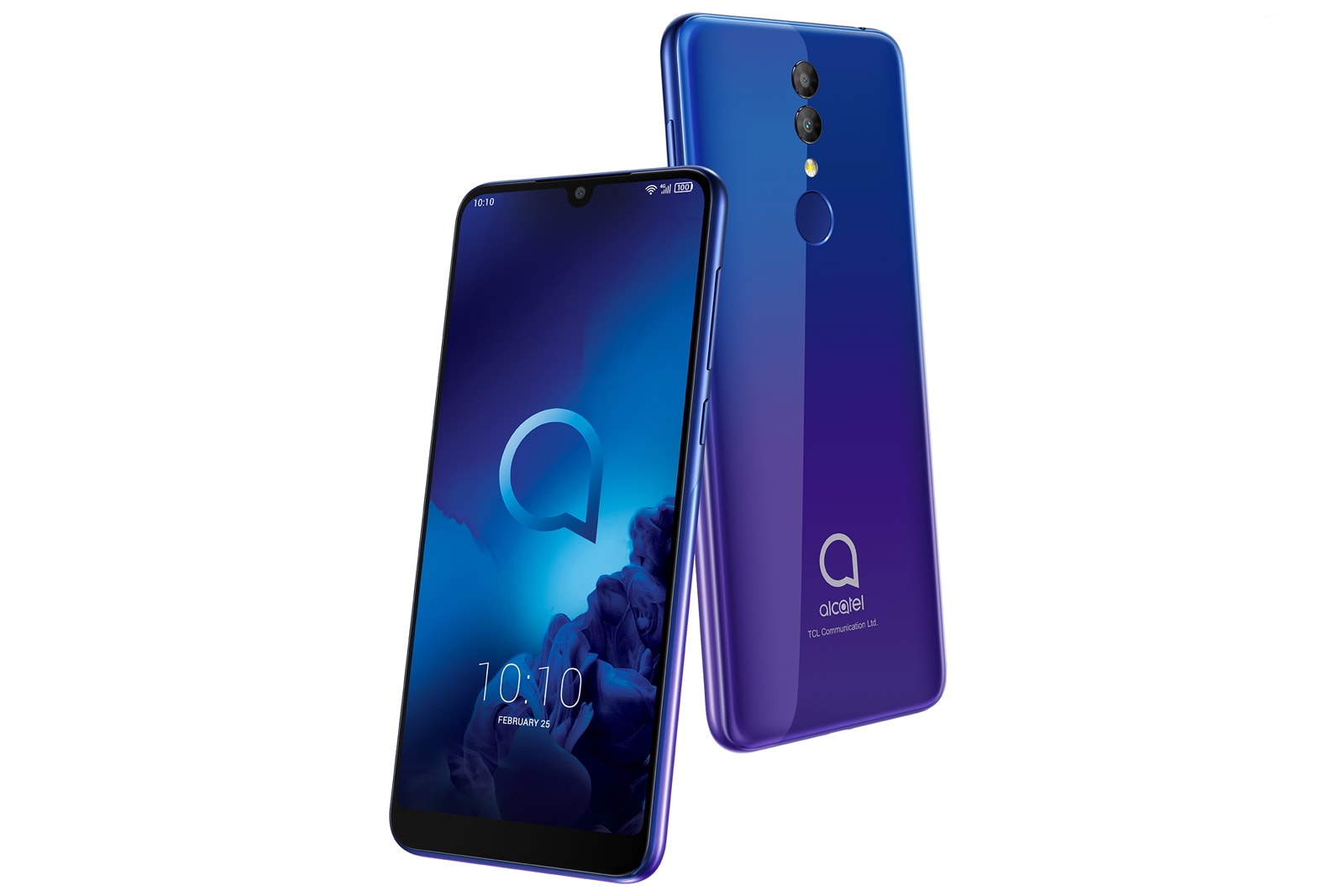 Alcatel is rather fond of bringing trendy smartphone features to low-cost devices, and that's true than ever for its 2019 lineup. Its new Alcatel 3 (above) and 3L phones both have extra-tall 19.5:9 displays with teardrop notches, giving you a more expansive view than you're used to in budget handsets. You can also expect dual rear cameras (13 megapixels and 5 megapixels) for portrait-style photos, and it's hopping on the AI bandwagon with intelligent photo scene detection as well as a basic face unlock feature for the 8-megapixel front cam.

There are catches that keep the price down. Both are using 5.9-inch displays with a 1,560 x 720 resolution, so neither will satisfy people who crave pixel density. And the performance is solid, but not exactly blazing -- you're looking at an eight-core Snapdragon 439 with 3GB or 4GB of RAM in the Alcatel 3, and a four-core Snapdragon 429 with 2GB of RAM in the more frugal 3L. They do share hefty 3,500mAh batteries that should go far with 720p displays, at least.

The allure is simply the value for money. Both the 3 and 3L launch in the second quarter of the year at respective starting prices of €159 ($180) and €139 ($158). Alcatel hasn't mentioned North American releases, so you might not want to hold your breath if you live on that side of the planet.

There is an even lower-priced option if you don't need all the trimmings. The Alcatel 1S (below) has 'just' an 18:9 ratio 1,440 x 720 display, replaces the 5MP secondary camera with a 2MP unit and uses a low-end Spreadtrum eight-core chip, but that will also lower its price to a very modest €109 ($124) for its second-quarter launch. 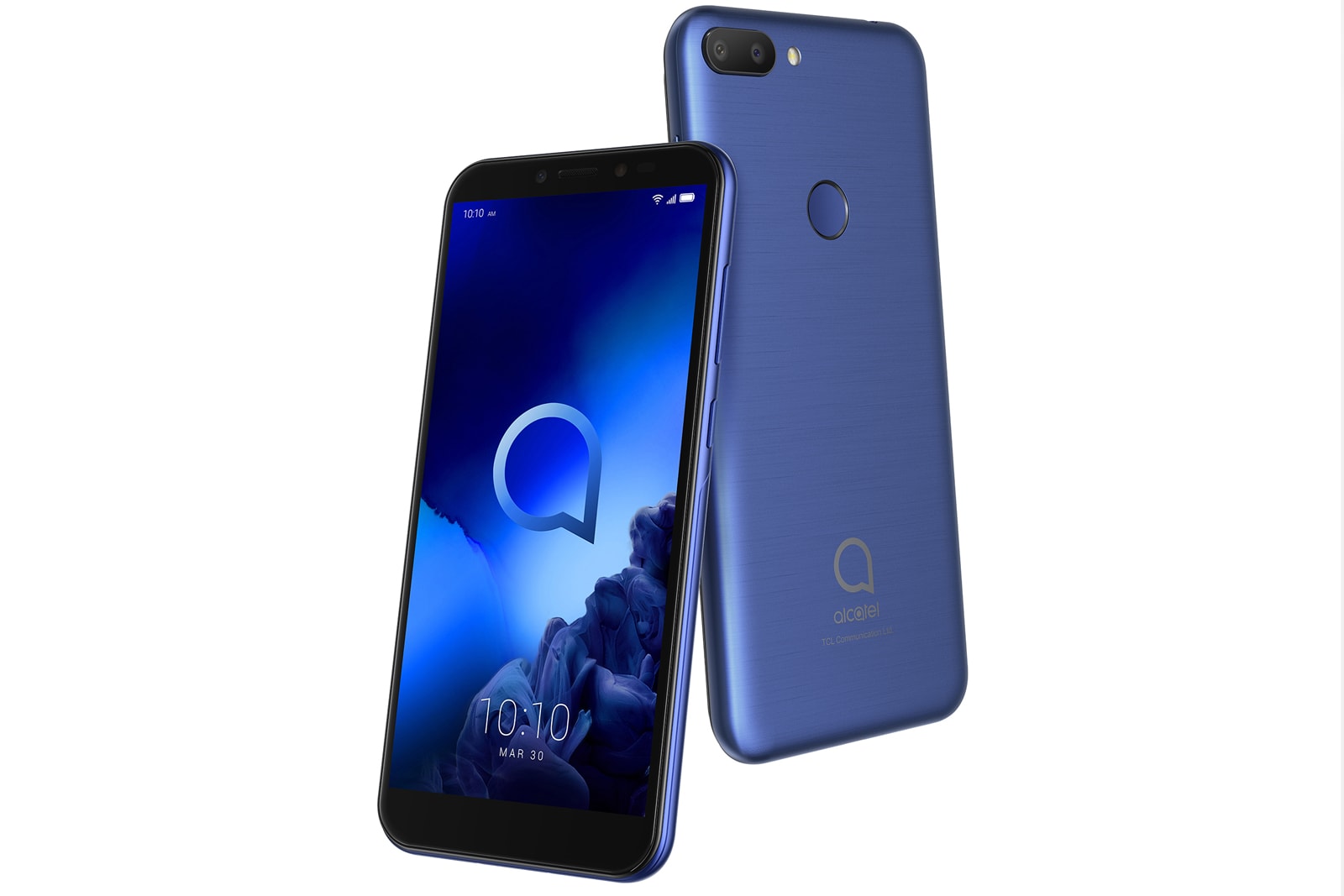 Source: Alcatel
In this article: alcatel, alcatel1s, alcatel3, alcatel3l, android, gear, mobile, mwc2019, smartphone, tcl
All products recommended by Engadget are selected by our editorial team, independent of our parent company. Some of our stories include affiliate links. If you buy something through one of these links, we may earn an affiliate commission.