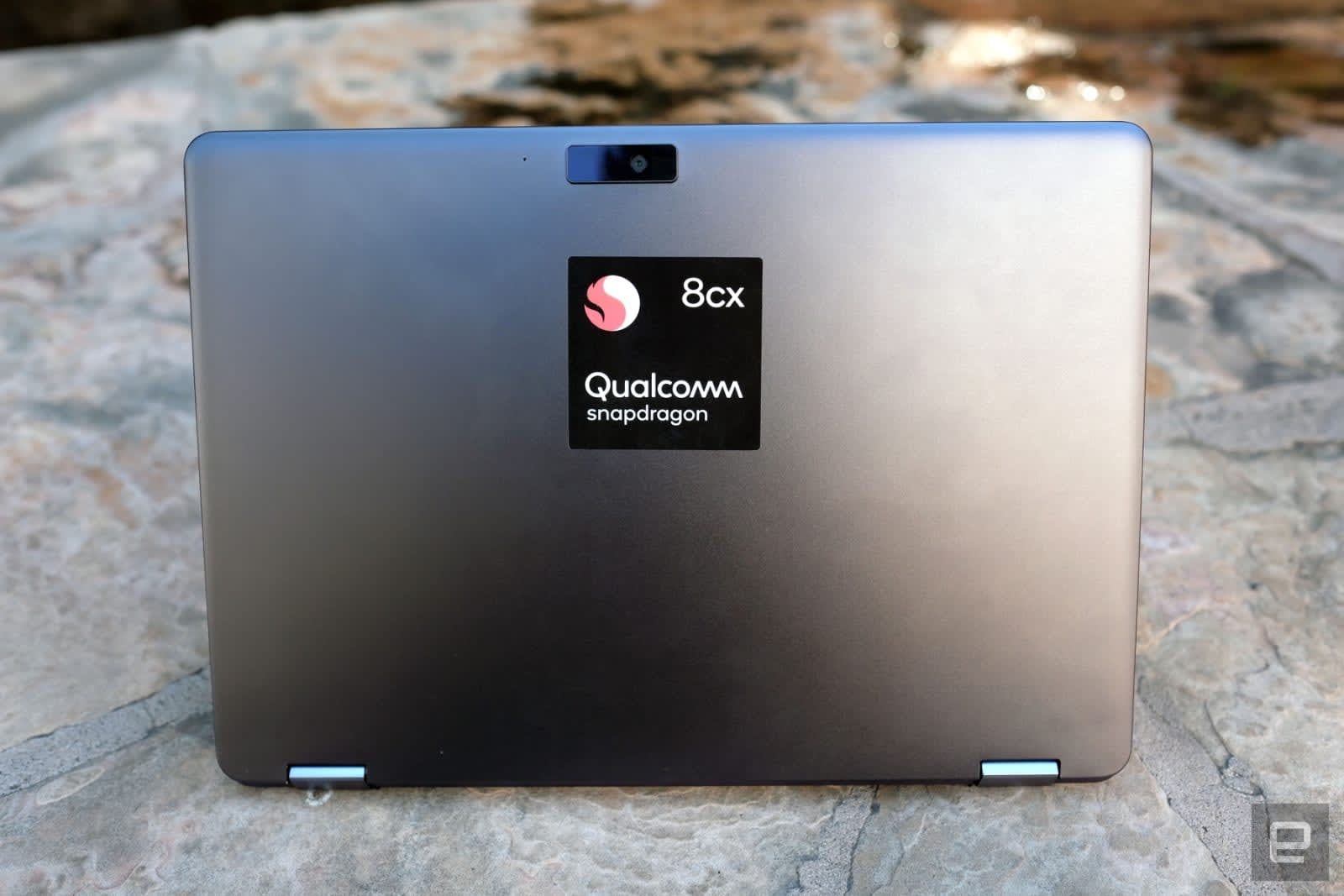 Qualcomm's 8cx platform won't just deliver a much-needed CPU speed boost to always-connected laptops -- it'll improve the performance of the connection itself. The chip firm has unveiled the 8cx 5G, billed as the first commercial PC platform to use next-gen wireless tech. Not surprisingly, performance is the main draw. Qualcomm is promising multi-gigabit peak data speeds from portables that could still deliver multi-day battery life, enabling "highly responsive" multiplayer games, high-quality streaming VR video and other feats that might be impractical with LTE.

It's ultimately a take on the base 8cx, but that still means a speedier 7-nanometer chip that should juggle considerably more tasks than the Snapdragon 850 and earlier parts.

PC makers are already receiving 8cx 5G samples, although you won't see the first shipping products until late 2019. Whether or not it jumpstarts the market for Snapdragon-powered PCs is unclear. While mobile 5G is rolling out in earnest in 2019, it'll still be limited to a patchwork of cities in those countries embracing the technology. For now, this could mostly be alluring to early adopters who want the fastest possible internet access for their laptops and are willing to make a few compromises in the short term.

Source: Qualcomm
In this article: 5g, 8cx, gear, laptop, mwc2019, pc, personal computing, personalcomputing, qualcomm, wireless
All products recommended by Engadget are selected by our editorial team, independent of our parent company. Some of our stories include affiliate links. If you buy something through one of these links, we may earn an affiliate commission.