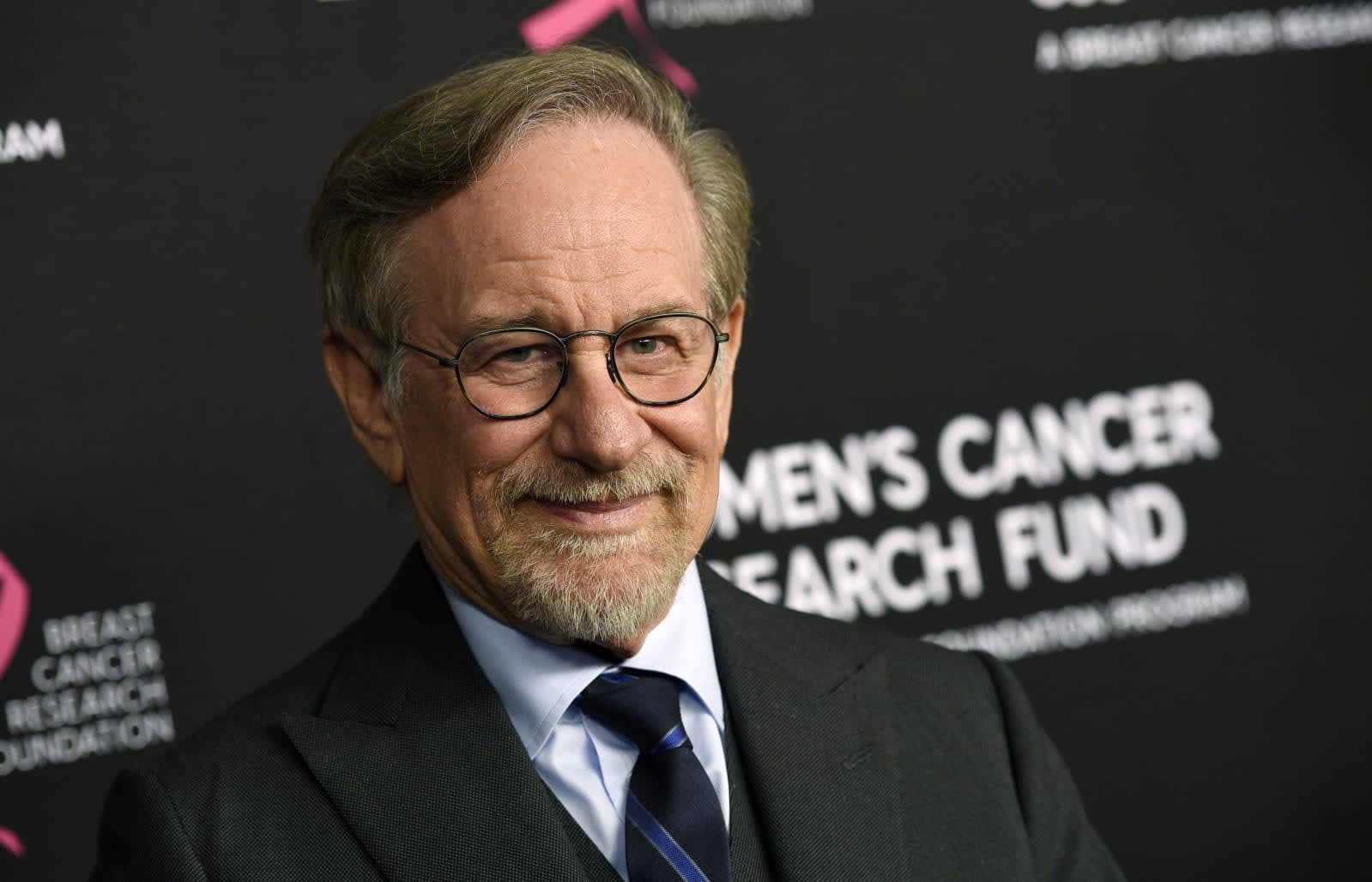 It won't surprise you to hear that Steven Spielberg doesn't think streaming movies should win Oscars, but now he appears to be backing up those words with deeds. A spokesperson for Spielberg's Amblin Entertainment has indicated to IndieWire that the director will rally support for rules restricting Oscars for streaming movies when the subject comes up at the Academy's Board of Governors meeting in April. Spielberg "feels strongly" about the issue and will be "happy" if others take his side, the spokesperson said.

Spielberg isn't averse to working on streaming projects -- Apple is reviving his Amazing Stories series. However, he has argued that anything on services like Netflix should be considered TV and thus suited for the Emmys, not the Oscars. Studios in general have accused streaming giants of playing dirty by using shorter theatrical release windows, massive marketing budgets, secret viewer data and instant worldwide releases to thrash conventional movies.

Whether or not Spielberg will get his way is another matter, and there are numerous critics. Current Oscars rules don't require an exclusive theatrical window, and requiring one might punish independents that can't justify waiting that long for a digital premiere. Moreover, some filmmakers note that streaming can be the only way their movies see wide release. Ava DuVernay, for instance, observed that Netflix made it possible to distribute 13th around the world where even a critical hit like Selma had a limited release. A rule change might please Hollywood studios eager to protect the theater-going experience, but it risks making the Oscars an exclusive club for traditionalists.

As it stands, the internet behemoths aren't likely to take this quietly. They've been pursuing awards glory for years, and just had a banner 2018 thanks to Roma's three Oscars. Netflix even joined the MPAA earlier in 2019. If Spielberg had his way, streaming movies would lose a significant amount of public recognition and wouldn't be considered in the same class as their traditional counterparts, even though they increasingly have similar talent and budgets.

Via: Variety
Source: IndieWire
In this article: academyawards, amazon, av, entertainment, internet, netflix, oscars, services, StevenSpielberg
All products recommended by Engadget are selected by our editorial team, independent of our parent company. Some of our stories include affiliate links. If you buy something through one of these links, we may earn an affiliate commission.