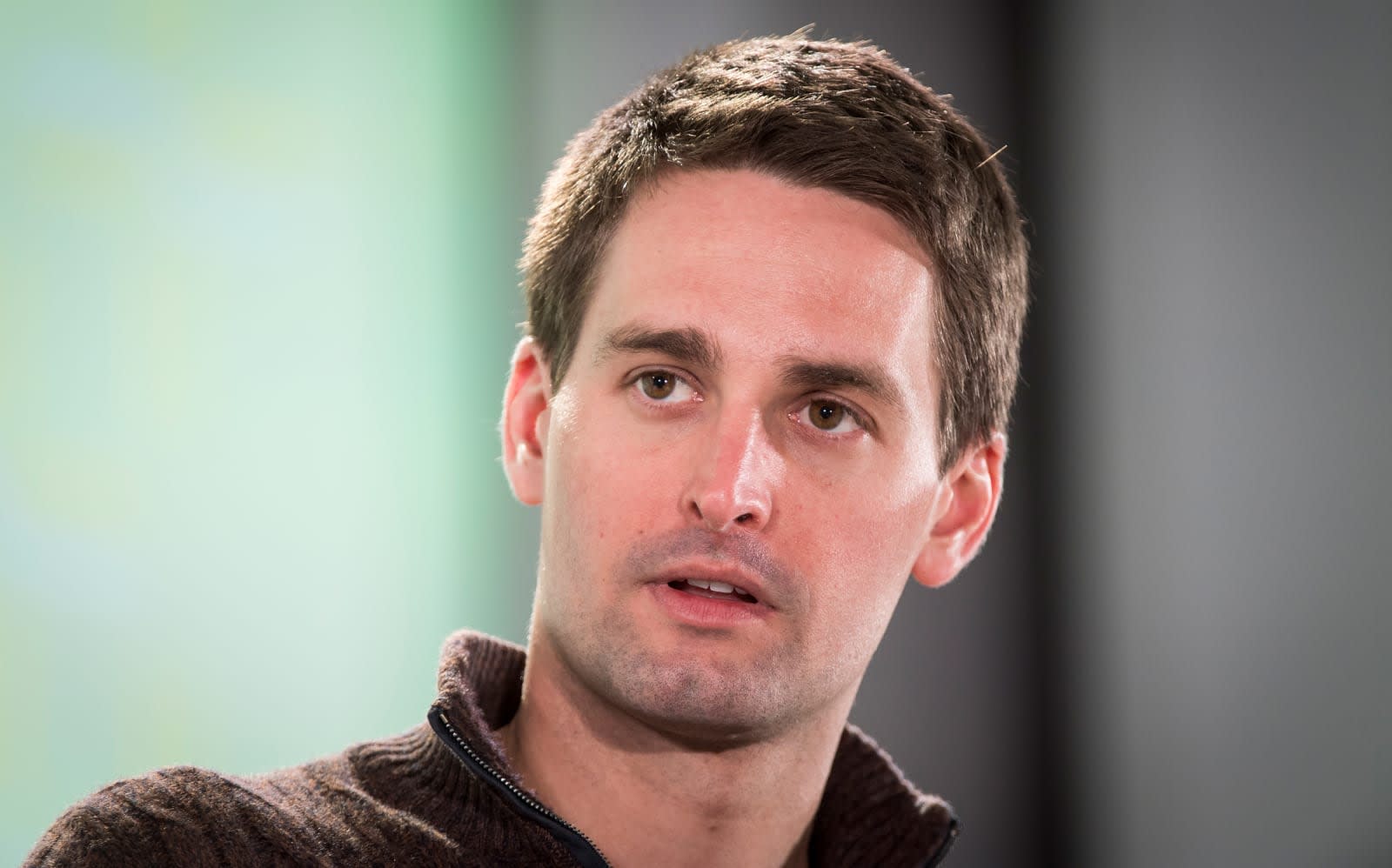 Quibi, an upcoming mobile-first video streaming service, will create a series based on Snap's founding. Film executive Jeffrey Katzenberg and Meg Whitman -- HP Enterprise's former CEO and current Quibi chief -- have announced their plans for Quibi and SXSW, and they include making both scripted and unscripted originals available for streaming. The duo picked up a screenplay entitled Frat Boy Genius, which nabbed the top spot at the 2018 Black List, for the platform. As you can guess from that title, it tells a semi-fictionalized story of Snap's beginnings that shows Spiegel in a pretty unflattering light.

According to The Hollywood Reporter, the script depicts Spiegel as a hard partier in his college days who elbowed out one of the app's original programmers, replacing her with a male counterpart. One part of the script even shows the Snap chief exchanging text messages with Taylor Swift. "Hamptons?" the singer asked in the screenplay, to which Spiegel replied: "Want to be straight with you, I don't have time for a relationship rn." He also told Swift to "[f]eel free to write a song," and that didn't sit well with the artist who responded with a crisp "Fuck you, Evan."

And now to the featured scripts! First up: @Elissits' FRAT BOY GENIUS, illustrated by @boxbrown. pic.twitter.com/GW8KQclrrB

"We want to tell a story that's as compelling and interesting about Snapchat and Evan as The Social Network was for Facebook," Katzenberg said at SXSW. When the moderator during his panel said Snap HQ is feeling alarmed about the project, Katzenberg said that Spiegel "should be flattered" instead.

The film exec has also revealed that they're planning to launch Quibi in April 2020 and that they're aiming to publish over 100 pieces of content every week. That doesn't necessarily mean the platform will run as many as 100 titles all at once, though, since it will break long-form content into shorter pieces for easier consumption on a smaller screen.

Source: The Hollywood Reporter, TechCrunch
In this article: entertainment, evan spiegel, mobile, quibi, snapchat, sxsw, SXSW 2019, SXSW2019
All products recommended by Engadget are selected by our editorial team, independent of our parent company. Some of our stories include affiliate links. If you buy something through one of these links, we may earn an affiliate commission.