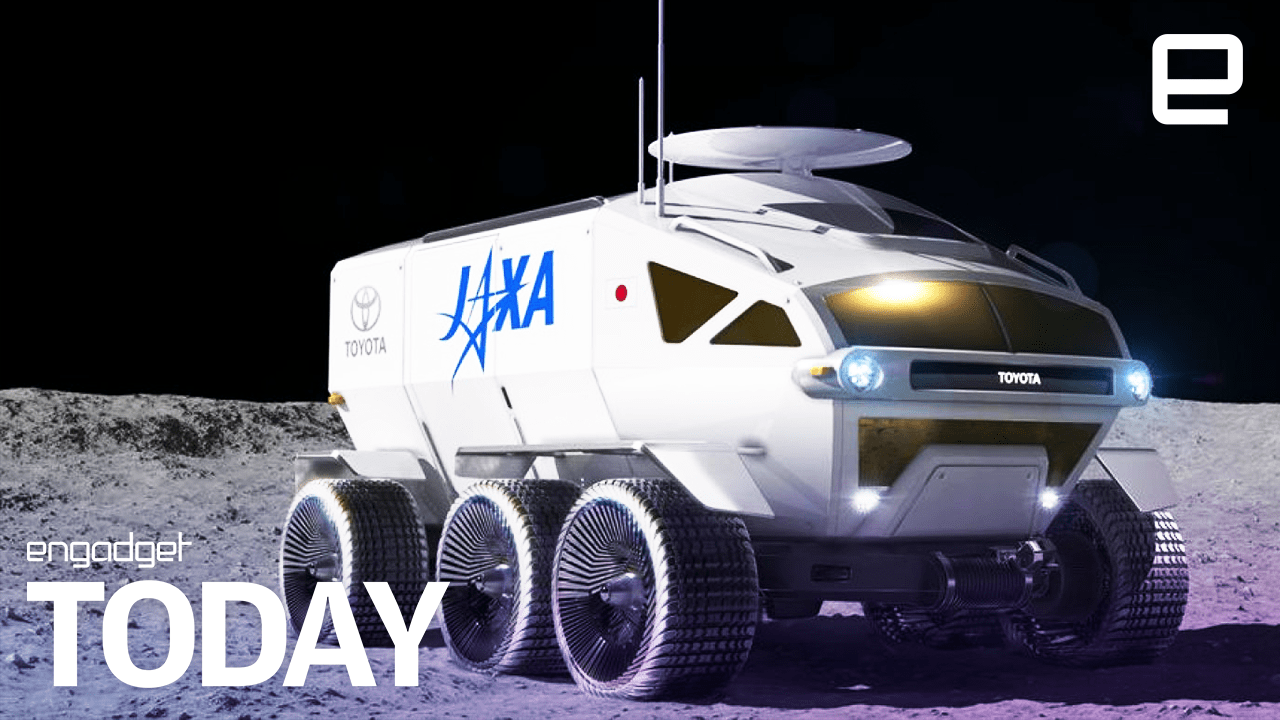 Toyota is going to the moon. The Japanese Aerospace Exploration Agency (JAXA) has teamed up with the carmaker to build a pressurized self-driving rover that will land on the lunar surface in 2029. The six-wheeled transporter will be able to carry two humans for a distance of 10,000 kilometers using solar power and Toyota's fuel cell technology. The rover will be about the size of two minibuses, with 13 square meters of habitable space, and the astronauts on board will be able to take their suits off inside the vehicle as they explore. It will land on the moon before the human expedition arrives, and travel independently to meet them.

The announcement comes at an active time in space exploration. Less than a week ago SpaceX docked a craft at the International Space Station, while China is ramping up its own space ambitions, recently achieving a world-first by landing on the far side of the moon, and revealing plans for a solar power station in space. What's particularly exciting about the JAXA/Toyota announcement, however, is that it aims to provide a lot of freedom for the astronauts on board the vehicle, so this kind of pressurized technology brings the once-futuristic idea of living on the moon ever closer.

Source: JAXA
In this article: AOLoriginals, astronaut, business, China, Daily Show, Engadget, Engadget Today, EngadgetToday, EngadgetVideo, entertainment, exploration, JAXA, moon, pressurized, rover, space, SpaceX, tomorrow, Toyota
All products recommended by Engadget are selected by our editorial team, independent of our parent company. Some of our stories include affiliate links. If you buy something through one of these links, we may earn an affiliate commission.