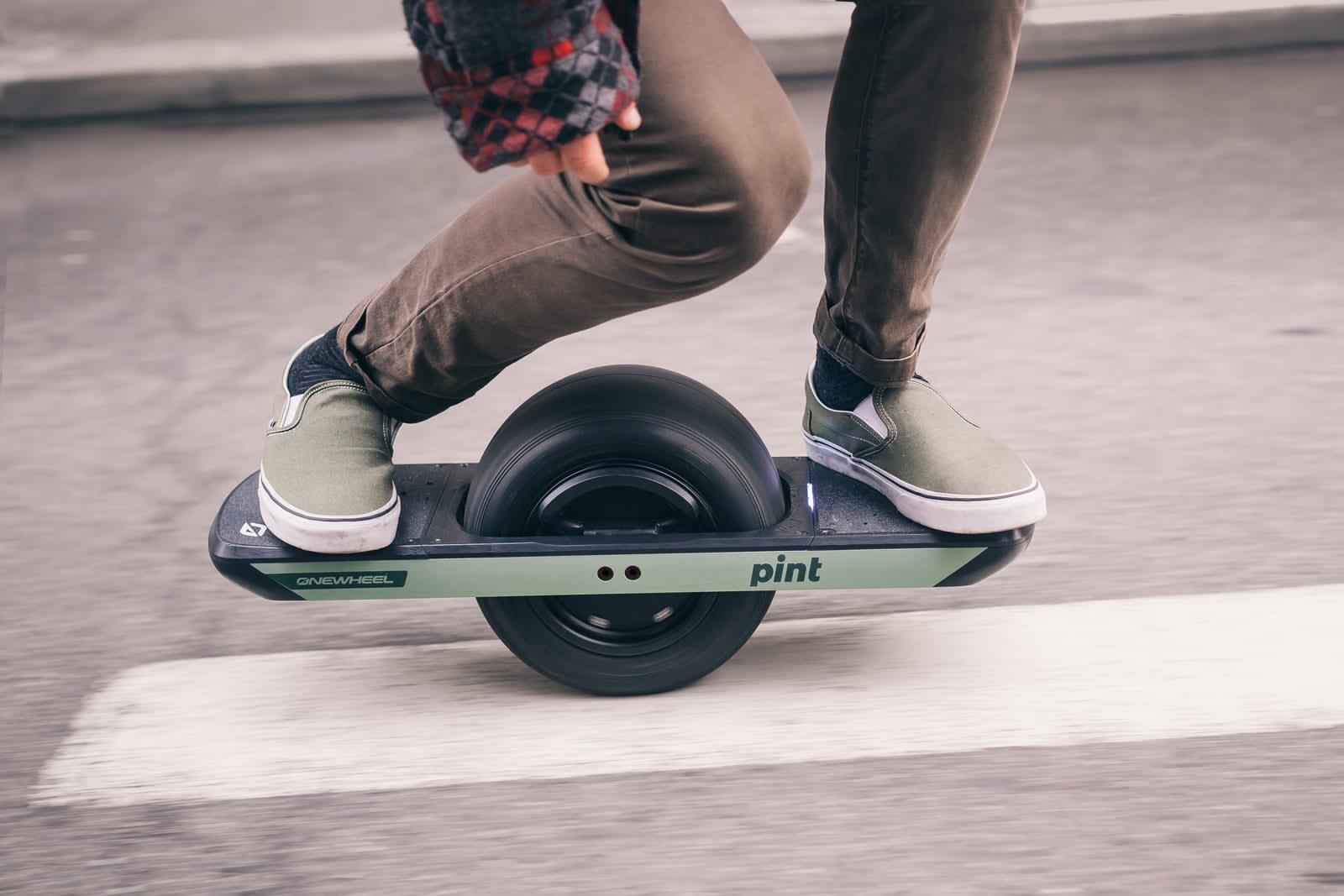 Future Motion's Onewheel electric boards have added power and range over the years, but accessibility? Not so much. They've still been expensive and intimidating, not to mention clunky to carry around. That's where the just-unveiled Onewheel Pint might help. It's not only more affordable (relatively speaking) at $950, it's gentler on newcomers who'd otherwise worry about crashing out.

Most notably, a Simplestop dismount feature streamlines the riding experience so that you won't fly off while you're still learning the ropes. It's smaller (27 inches long) and lighter than past models, helping both its agility and portability. Future Motion drives that last point home by including a fold-out magnetic handle on the side -- you're clearly meant to carry this around for those moments you need

The catch? Not surprisingly, the Pint isn't a long-range cruiser. You're looking at 6 to 8 miles of range and a 16MPH top speed. The company pitches this as a board for coffee shop trips and the last leg of a commute, rather than something you'd ride all the way to work and back. While that seems appropriate, it does put the Pint at a disadvantage to the Boosted Mini X, which costs slightly more but roughly doubles the range.

You won't have to wait too long to get the new Onewheel, at least. Future Motion has started pre-orders ahead of a May release, and those who buy in the first 48 hours (no later than March 13th) can snag bonus fenders, custom etched rails and other perks at no extra cost. The Pint still isn't a trivial purchase by any stretch. It might, however, be the model that helps the Onewheel line expand beyond a niche audience.

Source: Onewheel, Business Wire
In this article: electric skateboard, ElectricSkateboard, future motion, futuremotion, gear, onewheel, onewheel pint, onewheelpint, skateboard, transportation, video
All products recommended by Engadget are selected by our editorial team, independent of our parent company. Some of our stories include affiliate links. If you buy something through one of these links, we may earn an affiliate commission.