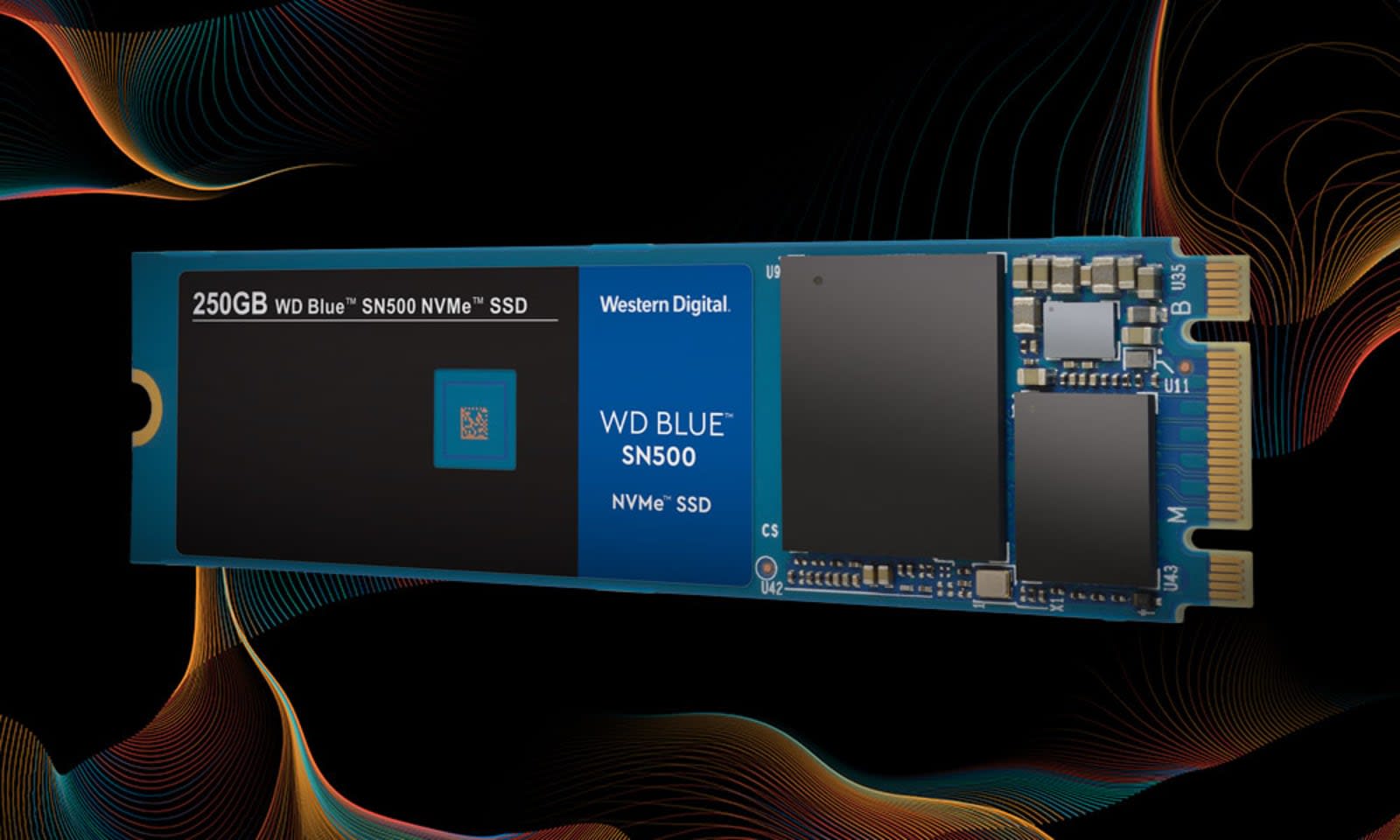 The drop in SSD NVMe prices means the miniature storage sticks are becoming increasingly accessible. Even the super-fast Samsung 960 EVO 500GB model, with speeds of 3,200 MB/s, recently dipped below $150 to make room for its successor. Sizing up the market, Western Digital is aiming its upcoming WD Blue SN500 NVMe SSDs at those on a budget. The new 500GB stick packs around half the read and write speeds of Samsung's 960 Evo (1,700MB/s and 1,450MB/s respectively) but, at $78, costs roughly half the price.

It's also three-times faster than WD's SATA SSD, making it ideal for 4K video editing and storage, according to the company. And now that the likes of NVIDIA and camera-maker RED are starting to introduce 8K editing to the masses, even high-end video producers may want to give it a look. Of course, 4K clips can hog a lot of storage, so it's handy to have low-cost options when shopping around for an SSD upgrade.

Cheaper still is the new 250GB model, which costs $55. There's no confirmed release date as yet for the duo. Meanwhile, gamers chasing more storage and higher speeds can turn to WD's pricier Black 3D NVMe (unveiled last year) which packs a 1TB model with 3,470 MB/s for $280.

Source: Western Digital
In this article: gear, personal computing, personalcomputing, ssd, ssd nvme, western digital
All products recommended by Engadget are selected by our editorial team, independent of our parent company. Some of our stories include affiliate links. If you buy something through one of these links, we may earn an affiliate commission.