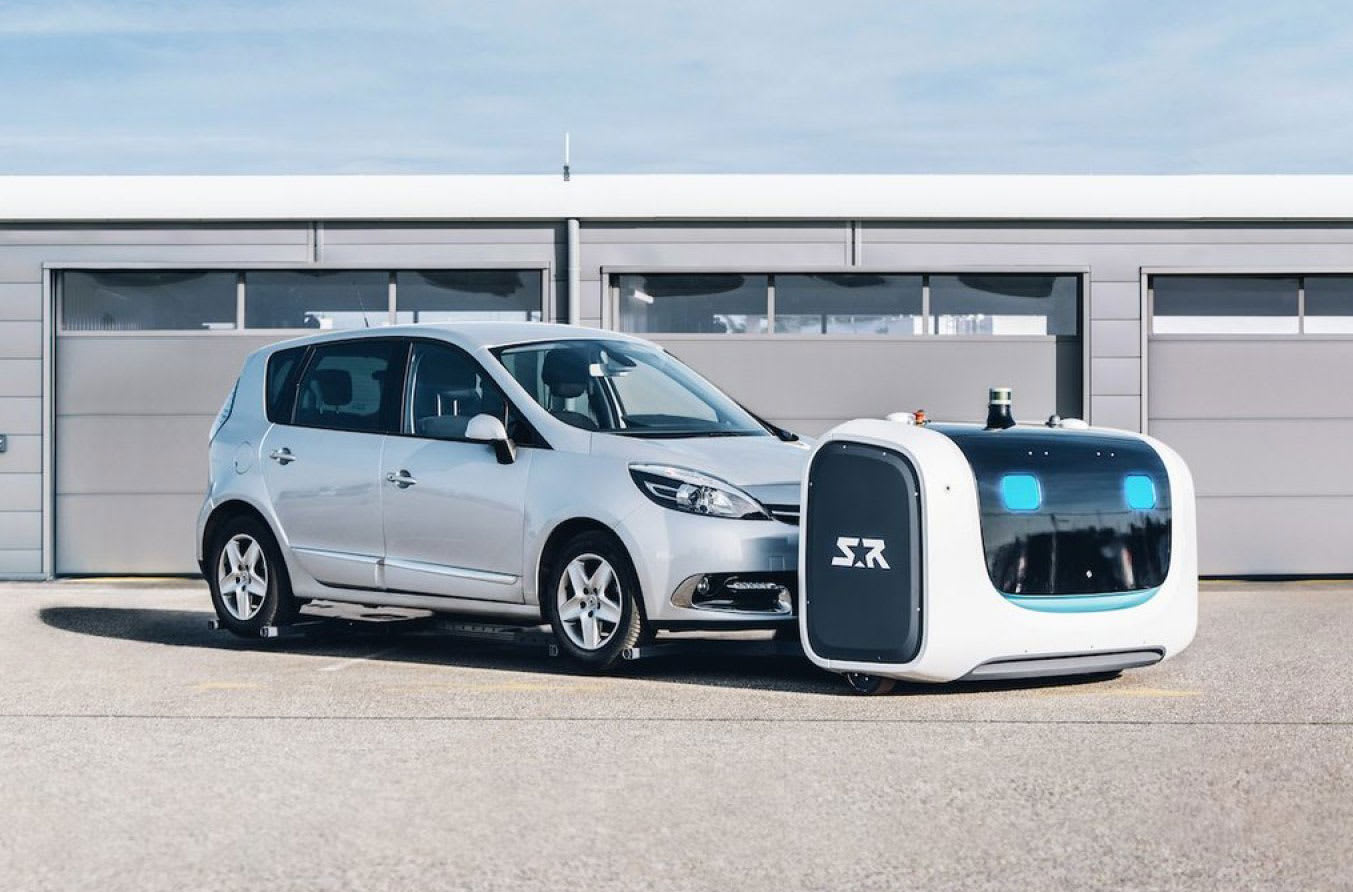 After a few years of testing its robot valets, Stanley Robotics will officially put its fleet to use at France's Lyon-Saint-Exupéry airport this week. If you plan to park in the robot-lot anytime soon, you'll leave your car in a special garage-like box. One of Stanley's robots will literally pick up your car and deliver it to a spot. When you return, the system will use your flight information to determine when to bring your car back to a box, where you can pick it up and drive off. As the company says, that should mean no waiting or searching the parking lot.

These self-driving, robo-valets look like large, rectangular boxes, about the width of a small SUV. They essentially act as a forklift, sliding metal arms underneath your car to lift it by the tires. Stanley Robotics told The Verge the system is much more efficient at parking than humans are -- though that's not exactly a high bar. The robot valets can fit 50 percent more cars in the same area, by parking them closer together and a few cars deep.

For now, Stanley Robotics will cover 500 parking spaces, but the company told The Verge it eventually wants to service 6,000 spots. There's no word yet if the company will launch this at other airports, but it has held trial runs at Düsseldorf International Airport in Germany and Charles De Gaulle Airport in Paris. Another test is planned for London's Gatwick airport later this year.

Source: The Verge, Stanley Robotics
In this article: airport, france, gear, lyon-saint-exupery, parking, robot valet, robots, self-driving, stanley robotics, transportation
All products recommended by Engadget are selected by our editorial team, independent of our parent company. Some of our stories include affiliate links. If you buy something through one of these links, we may earn an affiliate commission.