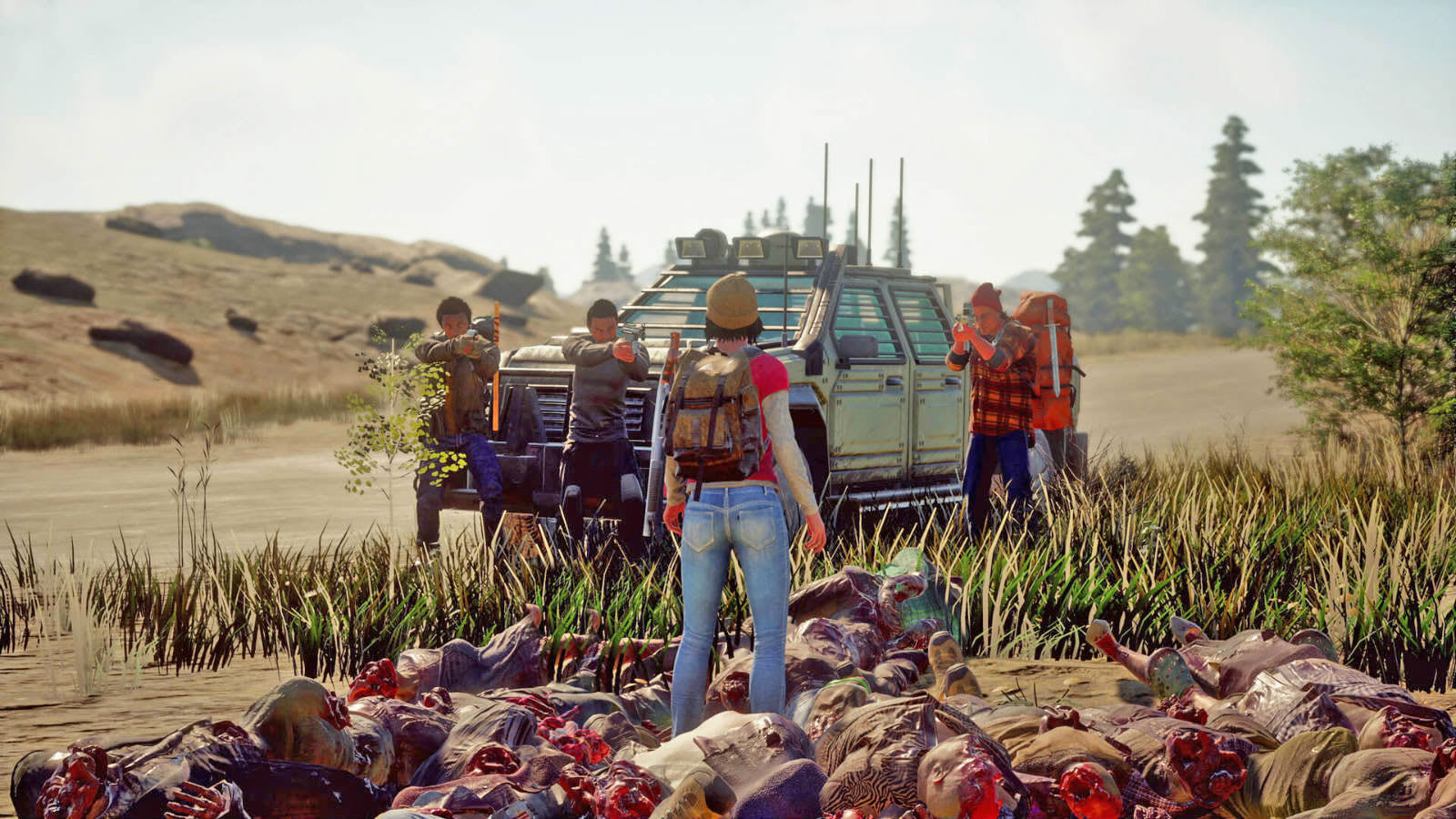 Microsoft has released a steady stream of State of Decay 2 updates to make the horror survival sim less mundane and more like Zombieland. And so the game has overcome a jittery start -- blame bugs and repetitive gameplay -- to attract a sizeable community of 3 million survivalists. Microsoft is fostering that horde with its new Choose Your Own Apocalypse update, available now, ushering in the toughest challenges yet.

It essentially adds two ominous difficulty modes to the game, on top of the entry level, described as an endurance test for hardcore gamers. There's Dread Zones complete with armored zombies, more hordes and a faster acting blood plague infection (dwindling from around 3 hours to roughly 30 minutes). While Nightmare Zones are even more formidable thanks to freak packs like screamer choirs and bloater pods -- which attract more zombies -- and NPCs who can headshot you right back. On top of all that, there's fewer resources to scavenge (but at least your courage will be rewarded with better loot). If you can't hack it, Microsoft recommends sticking to the base Standard Zones.

Notable core game improvements include the ability to select a map when creating a new community, an all-new character manager, and larger loot drops at plague hearts. The Choose Your Own Apocalypse update is free for all State of Decay 2 players, including Game Pass members.

Source: State of Decay 2, Microsoft
In this article: av, gaming, microsoft, state of decay 2, Xbox
All products recommended by Engadget are selected by our editorial team, independent of our parent company. Some of our stories include affiliate links. If you buy something through one of these links, we may earn an affiliate commission.