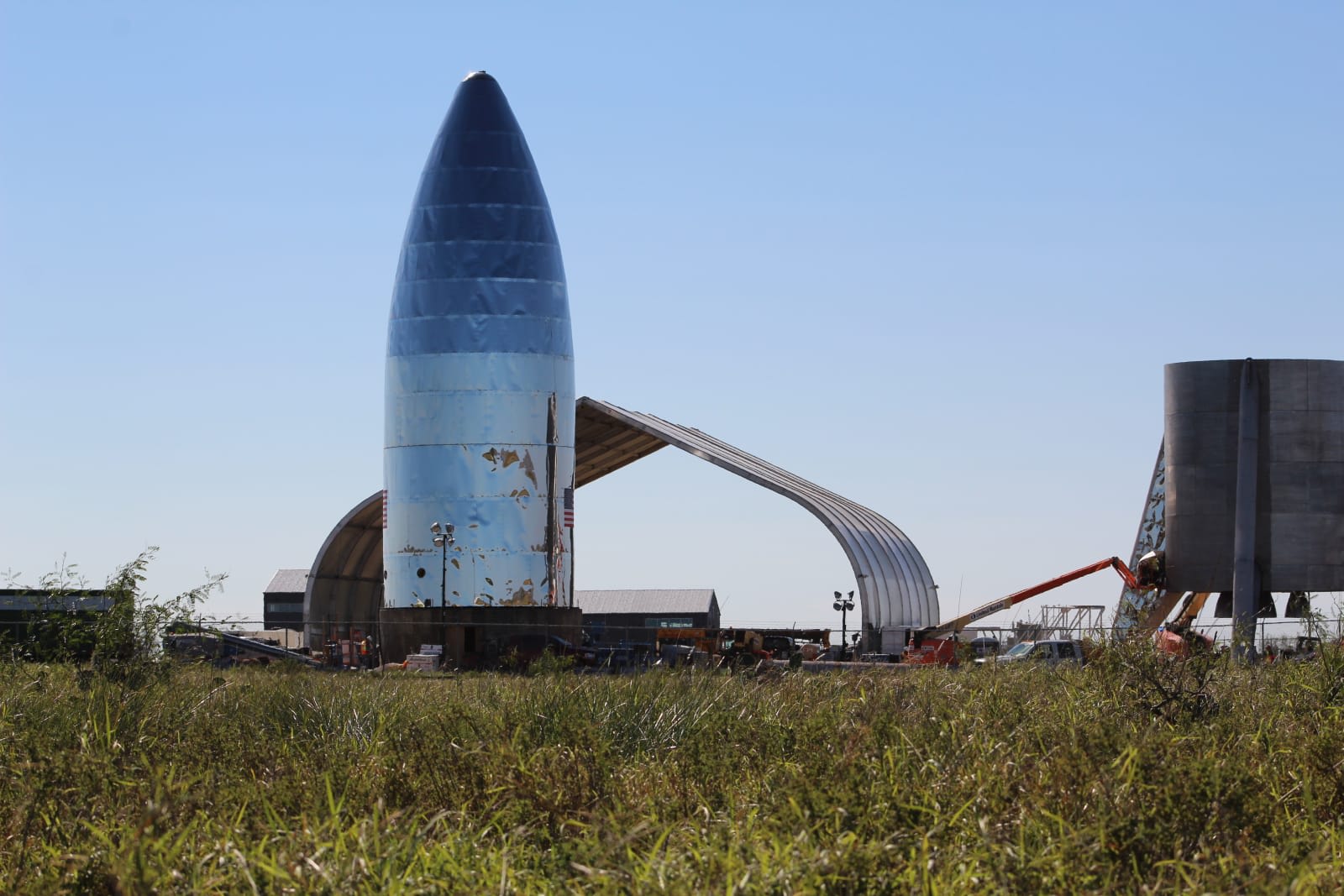 As SpaceX proceeds with development of its Starship vehicle, it's first testing out the spacecraft's Raptor engines. Today a stubby Starhopper test vehicle mounted with a single engine -- as opposed to the more advanced Phase 2 version shown above -- completed its first tethered hop of just a few inches at the Texas launch site, as spotted by nearby observers. Elon Musk tweeted "All systems green" after the test, which may not have gone far but recalls the early days of Grasshopper rocket tests before we got used to the sight of Falcon 9 rocket engines returning to Earth after successful launches.

Musk previously said that suborbital test flights would require three of the engines -- the final version of Starship f.k.a BFR will have more -- and we'll be waiting to see when that happens.

Source: Elon Musk (Twitter)
In this article: Elon Musk, gear, space, spacex, starhopper, starship, tomorrow
All products recommended by Engadget are selected by our editorial team, independent of our parent company. Some of our stories include affiliate links. If you buy something through one of these links, we may earn an affiliate commission.