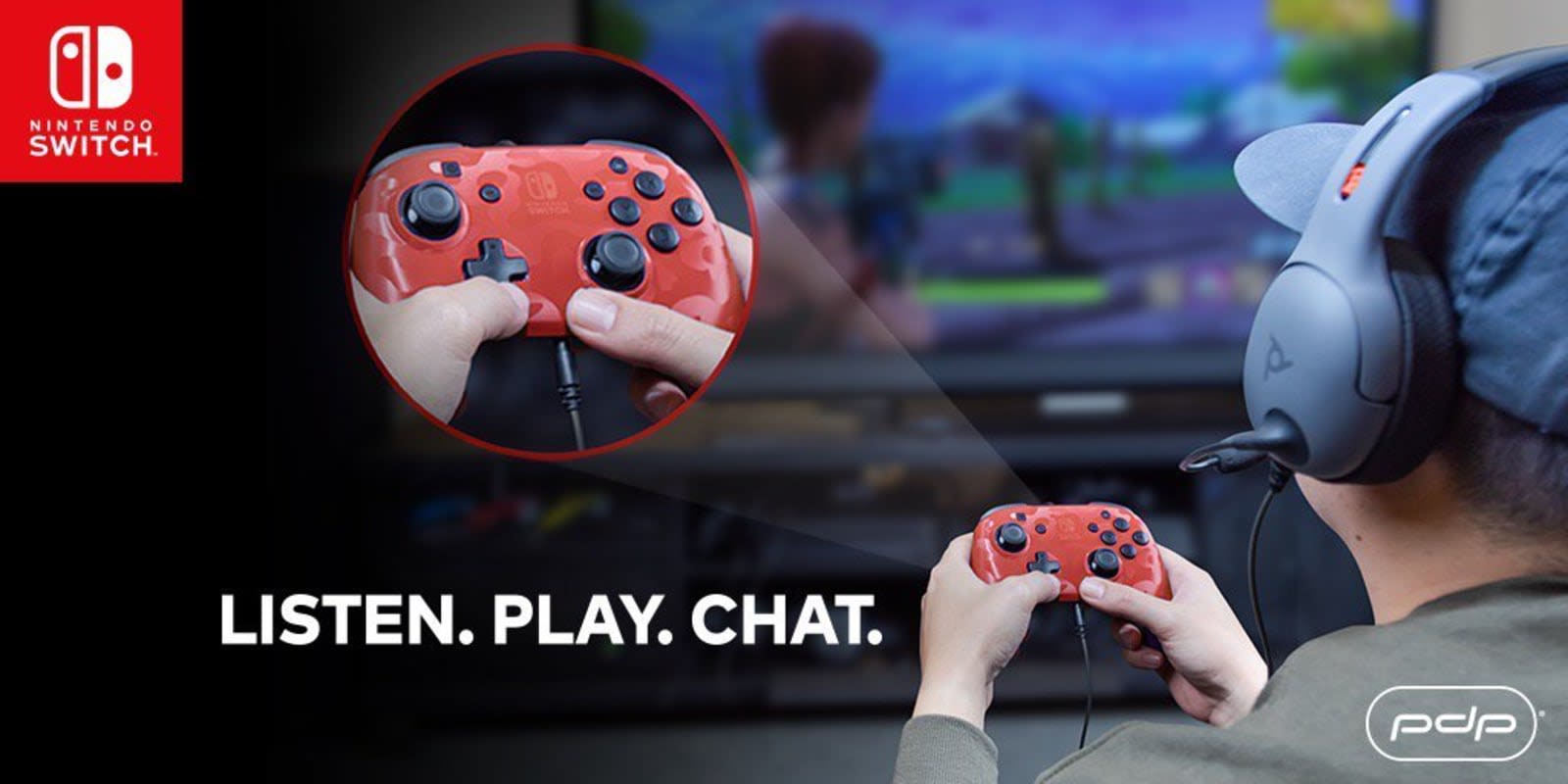 Using voice chat on the Nintendo Switch is about to get a whole lot easier, thanks to a new controller from PDP. Its Faceoff Deluxe+ wired controller – slated for launch this summer -- features a 3.5mm headphone jack, so you can simply plug in your headset and play without messing around with Nintendo's mobile chat app.

The long-awaited feature uses the audio SDK developed by Vivox, the studio behind Fortnite's in-game chat. Before Fortnite, the only way to use voice chat through the console was via a mobile phone using the Nintendo Switch Online app -- a controversial decision that was last year defended by outgoing Nintendo of America president Reggie Fils-Aime, who said it made sense since your phone is "always with you." You'll still have to use this if your game requires it, but if its got voice chat baked in, you'll be able to use a headset instead.

PDP's controller is essentially the same as the official Nintendo Switch Pro Controller, minus a few design tweaks here and there. In addition to the headphone jack, it comes with on-board audio controls, programmable buttons and interchangeable faceplates, currently in red and purple camo, and will go on sale for $25 when it launches. Exact dates are yet to be confirmed, but you'll be able to pre-order from May.

Source: PDP
In this article: app, av, controller, gadgetry, gadgets, gaming, headphone jack, nintendo, PDP, personal computing, personalcomputing, Switch, voice chat
All products recommended by Engadget are selected by our editorial team, independent of our parent company. Some of our stories include affiliate links. If you buy something through one of these links, we may earn an affiliate commission.