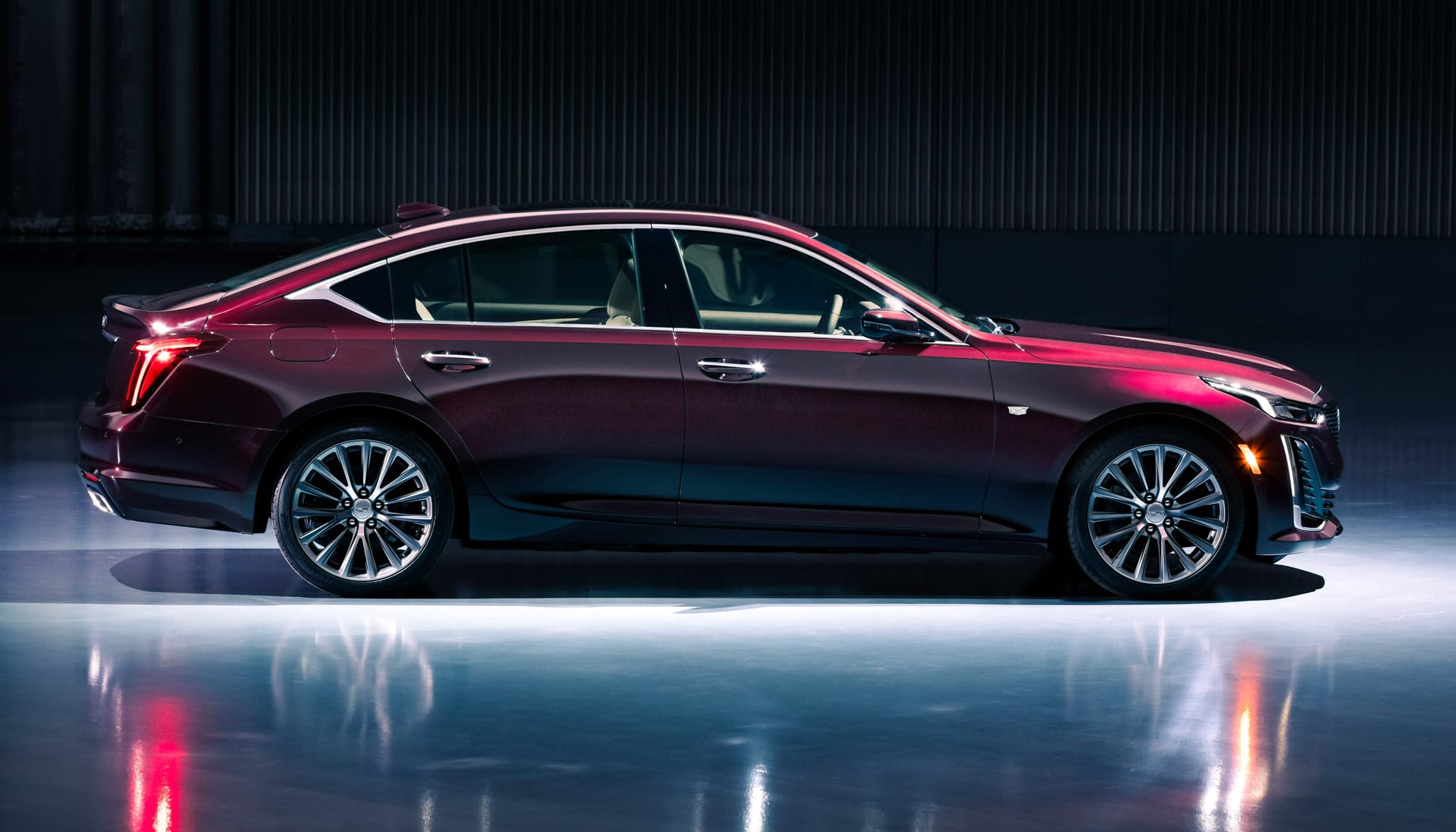 Way back in October of 2017, I drove Cadillac's CT6 across the southwest using the automaker's driver's assistant feature Super Cruise. It was an impressive hands-free experience that was only available on one vehicle. Cadillac has finally fixed that with its new compact sedan, the CT5. Unveiled ahead of the New York International Auto Show, the new sedan will ship with a 3.0-liter twin-turbo V-6, 10-speed automatic transmission and all the usual Cadillac luxury amenities. The automaker noted that the sedan's interior was purposely built to be more "driver-focused" which is the company saying that it's taking on its German rivals putting the person behind the wheel at the center of the experience.

Inside, the CT5 will have Cadillac's new Infotainment System with a rotary dial interface. The company also announced that it will use NFC to simplify smartphone pairing.

But the big news is the expansion of Super Cruise to more than one car. The automaker uses high-definition maps to create geofenced areas for the hands-free feature. Once the car is in one of the predetermined roads (a highway), the driver can remove their hands from the wheel. An in-car camera watches the driver and makes sure they keep their eyes on the road.

Once the CT5 is on the road, it'll be interesting to see if the automaker has enhanced Super Cruise in any way since that first drive back in 2017. Regardless, it's good to see the automaker expanding the driver's assistance feature to other cars and hopefully, at some point, it finds its way into other GM vehicles.

The 2020 Cadillac CT5 will be available for order this fall.

In this article: cadillac, Cadillac ct5, ct5, design, gadgetry, gadgets, gear, New York Auto Show 2019, super cruise, transportation, video
All products recommended by Engadget are selected by our editorial team, independent of our parent company. Some of our stories include affiliate links. If you buy something through one of these links, we may earn an affiliate commission.