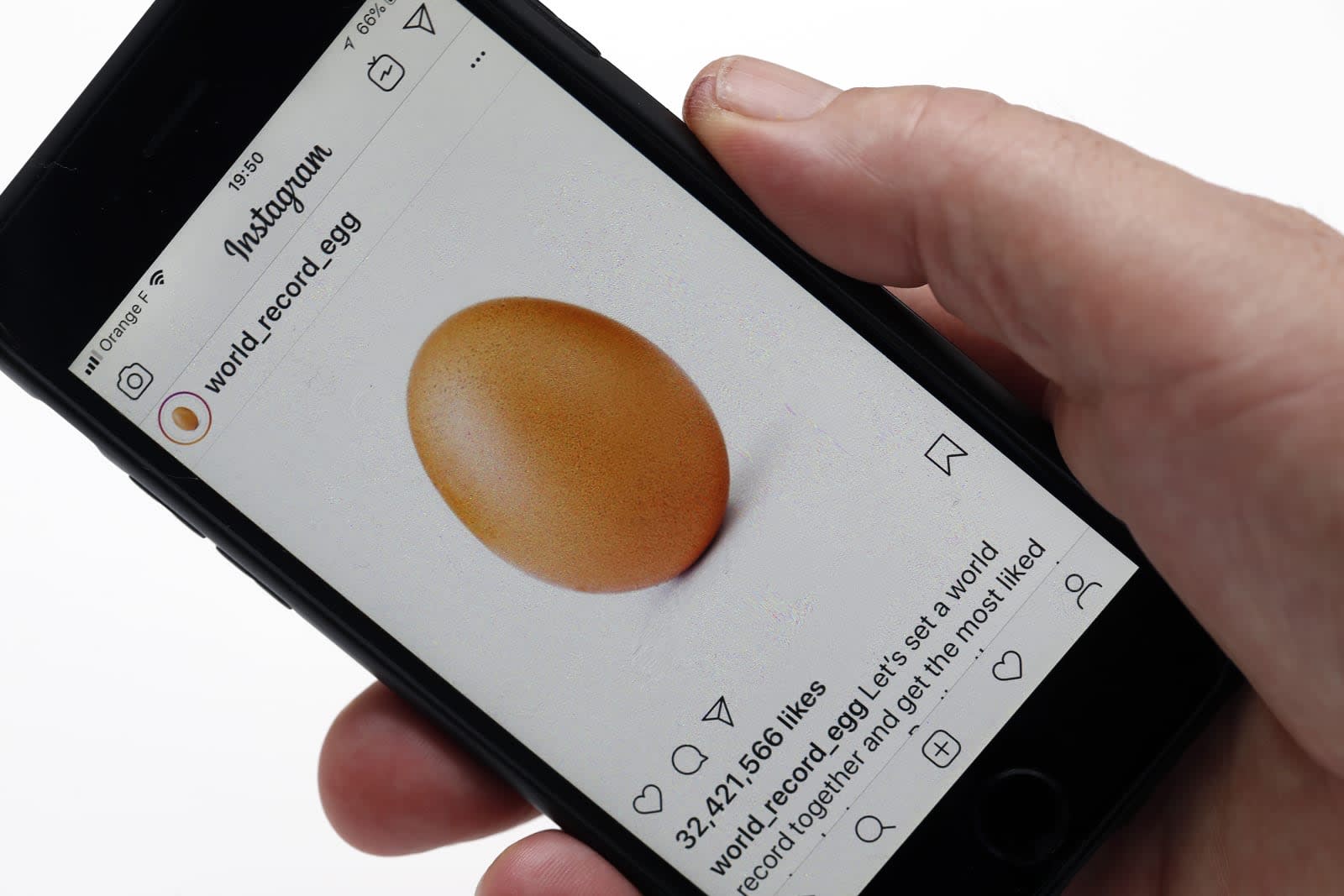 Everyone has their own opinion about what specifically is wrong with social media, but the currency of likes is a commonly-cited issue. The latest grab bag of Instagram test features dug up by Jane Manchun Wong includes a version that doesn't let the audience see how many likes a post gets. The person who posted it still does, but as the app describes it, "We want your followers to focus on what you share, not how many likes your posts get. During this test, only the person who share a post will see the total number of likes it gets."

Maybe that would help spread out the love on social media instead of people simply liking what others like, or maybe it wouldn't have much of an impact at all. Instagram confirmed to TechCrunch that it's an internal test the public can't see -- yet. It also didn't hide follower counts, which more commonly measure one's popularity, nor did it appear to impact the way posts are ranked by Instagram's inescapable algorithmic feed. Still, at least we'd never have to hear about the 'most-liked post ever' ever again (even it was ultimately for a good cause).

as stated in the app: "We want your followers to focus on what you share, not how many likes your posts get" pic.twitter.com/MN7woHowVN

Via: TechCrunch
Source: Jane Manchun Wong (Twitter)
In this article: entertainment, Instagram, internet, likes, test
All products recommended by Engadget are selected by our editorial team, independent of our parent company. Some of our stories include affiliate links. If you buy something through one of these links, we may earn an affiliate commission.