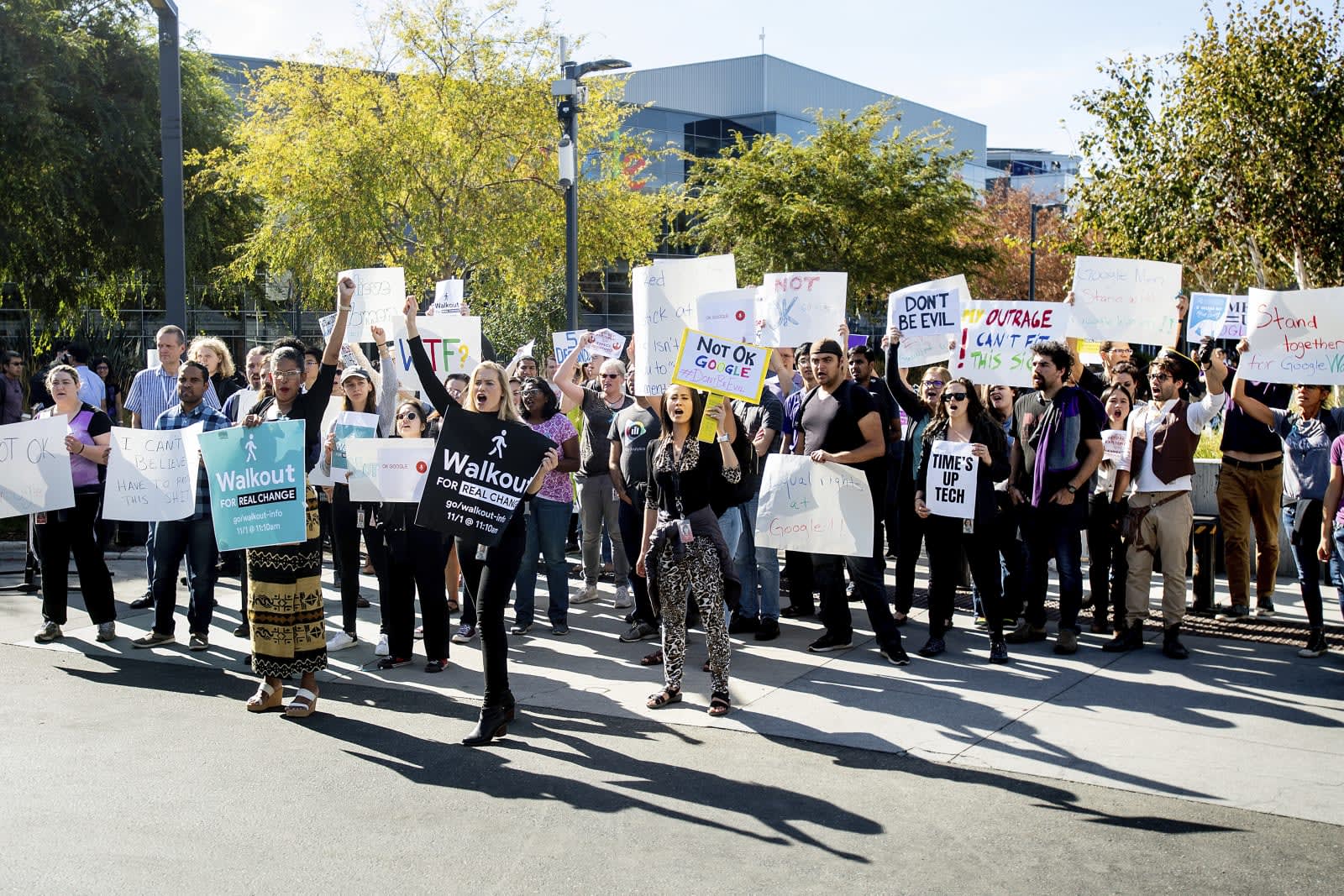 Two of the seven Google employees who organized a massive walkout last November say they've since faced retaliation. After leading the protest, which sought to change Google's handling of sexual misconduct, Meredith Whittaker says she was told her role would be "changed dramatically." Claire Stapleton was told she would be demoted. The two claim they're not alone, and they plan to gather more stories and strategize with colleagues.

As Wired reports, Stapleton got news of her demotion just months after the protest. When she brought the issue to human resources, the environment reportedly became increasingly hostile. But when she hired a lawyer, her demotion was reversed. In April, Google disbanded its AI ethics board and told Whittaker that in order to stay with the company, she'd have to abandon her work on AI ethics -- including her role at the AI Now Institute, a research center she co-founded at NYU.

In a letter, shared on Wired, the two activists say the company has a habit of punishing and sidelining workers. "Google has a culture of retaliation, which too often works to silence women, people of color, and gender minorities," the letter reads. To address the issue, Whittaker and Stapleton are organizing a Retaliation Town Hall, which they will livestream to other employees on Friday, April 26th. At this point, it's too soon to tell if another walkout is in store. Regardless, this continues a trend of Google employees being vocal about their concerns with the company.

Source: Wired
In this article: business, culture, demotion, gear, google, organizers, protest, punishment, retaliation, town hall, walkout
All products recommended by Engadget are selected by our editorial team, independent of our parent company. Some of our stories include affiliate links. If you buy something through one of these links, we may earn an affiliate commission.