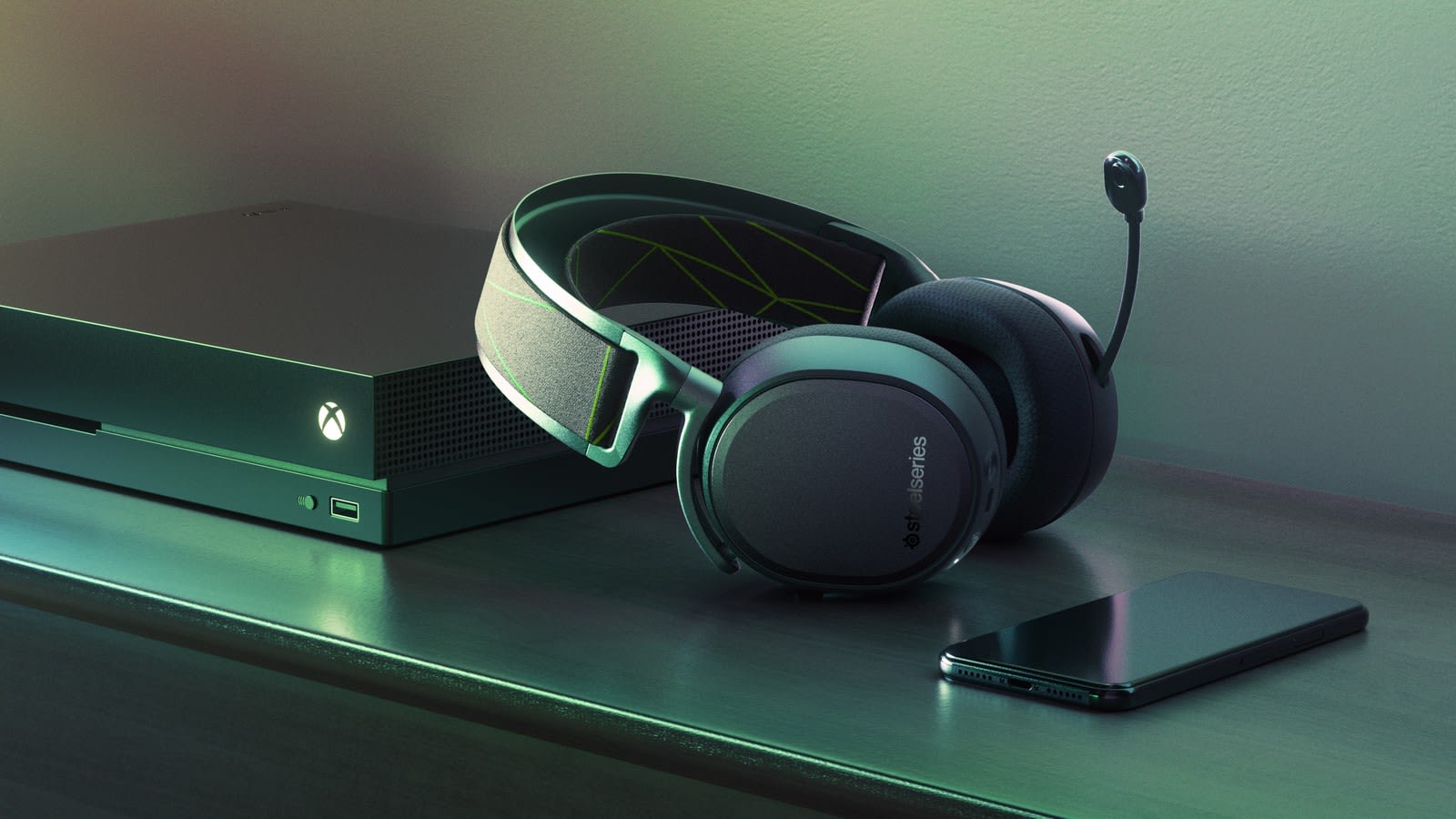 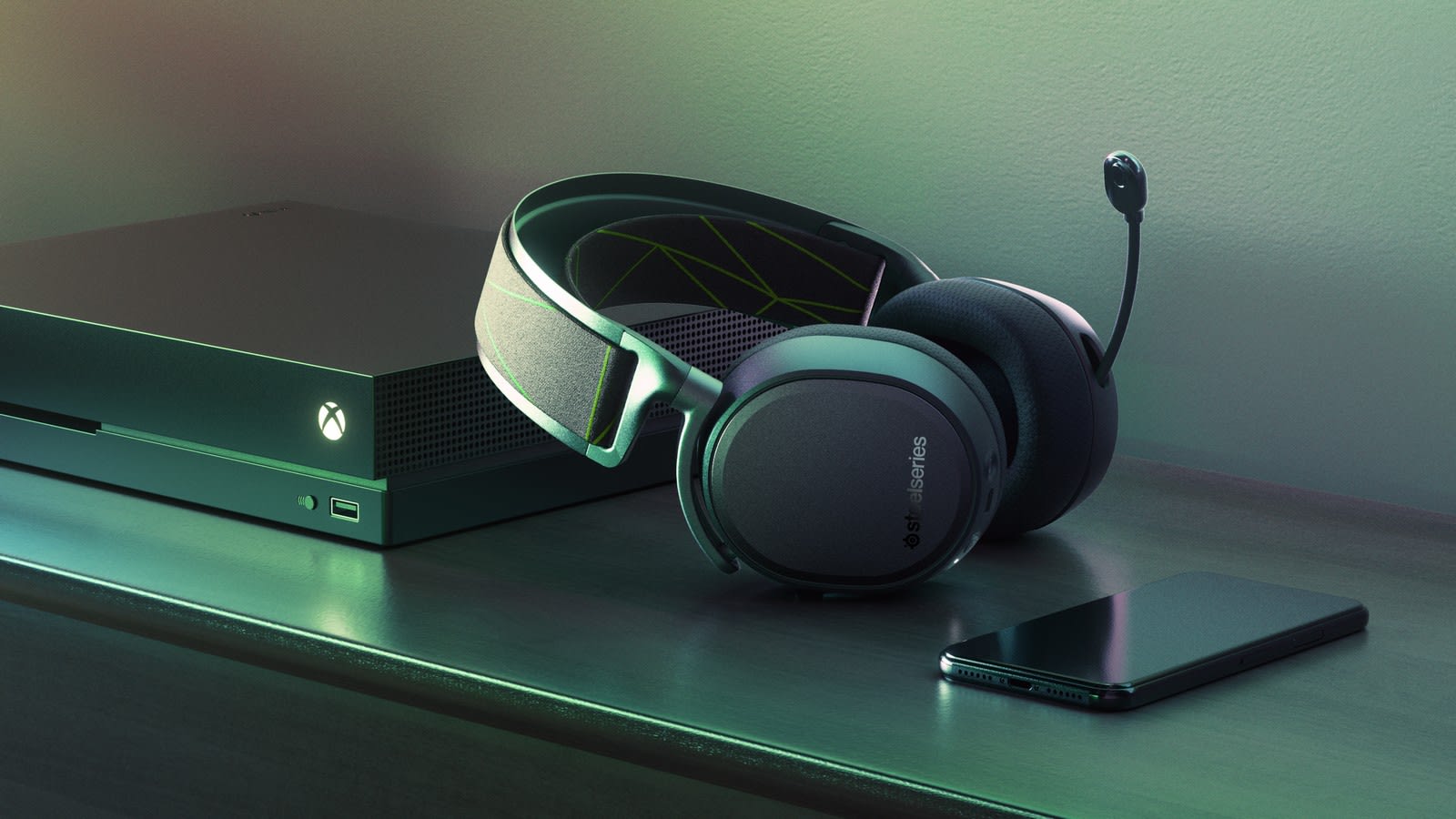 Xbox One owners haven't had many choices when it comes to wireless headphones. Up until now, you either had to get one of Turtle Beach's Stealth headsets, or make do with plugging wired headphones into your Xbox One controller. Now SteelSeries is aiming to step things up a notch with the $200 Arctis 9X, a new headset with native wireless support for the Xbox One. While it's certainly a bit late in the console's lifetime for a custom accessory, SteelSeries is at least providing something plenty of Xbox fans have been waiting for. The Arctis 9X pairs with your Xbox One just like a controller -- hit the wireless pairing button on the console and headset at the same time, and wait for them to connect. In my testing, that took around five seconds. SteelSeries says it worked with Microsoft while developing the Arctis 9X to make sure it took full advantage of their proprietary wireless connectivity. (The Xbox One doesn't support Bluetooth headphones, which is one reason why it hasn't seen many wireless headsets.)

If you've seen the SteelSeries' Arctis 7, you've pretty much seen the 9X. It has the same basic design: plush earpads with a fabric covering, a sturdy steel headband, and a "ski goggle" suspension band to adjust the fit. It looks and feels like a high-quality piece of equipment, and not just a gimmicky toy for gamers. The Arctis 9X uses the same 40mm speaker drivers as the Arctis 7, and it has a retractable microphone along with a physical mute button. I was surprised to find two dials on the earcups, one for balancing the mix between voice chat and game audio, and another for volume. 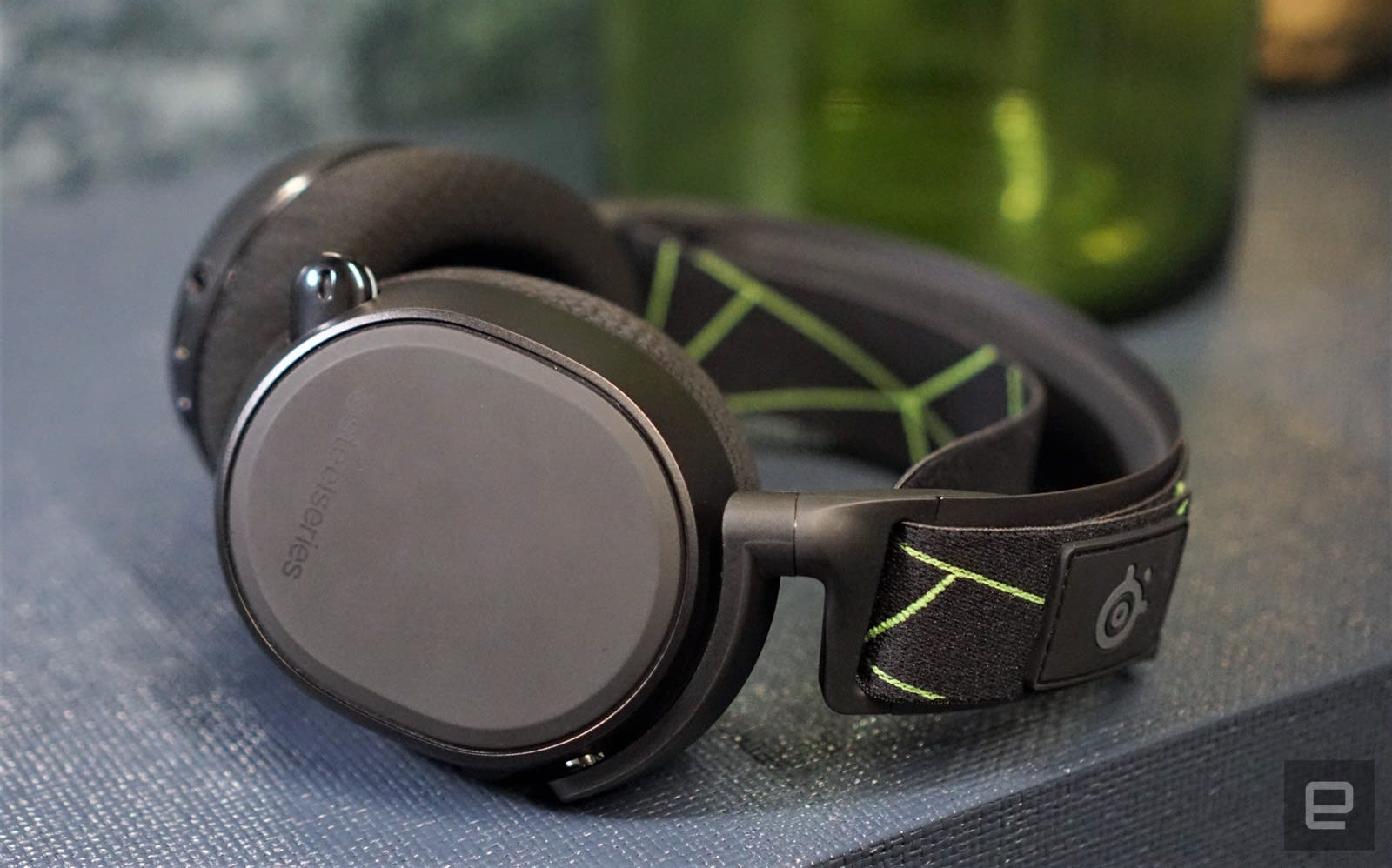 As you'd expect, there's also Bluetooth connectivity on the Arctis 9X. Even better, it lets you mix that input together with the Xbox One's audio, allowing you to continue a phone call or Discord conversation while still hearing your gameplay. And of course, you can use the Arctis 9X as a standalone Bluetooth headset, though it's noticeably bulkier than most other wireless cans. It can also connect to a PC with the Xbox Wireless Adapter for low-latency gaming, or you could use Bluetooth if you don't have one of those lying around. Finally, there's a 3.5mm jack to plug into any other device.

The Arctis 9X was a perfect match while finishing up the final season of Telltale's The Walking Dead. The ambient sounds of the zombie apocalypse came through loud and clear, whether I was navigating through hordes of the undead, or just trying to sneak by a few walkers. Dialog sounded pristine, and the headset came alive during musical interludes. For some more upbeat testing, I moved on to Forza Horizon 4 along with a few Spotify playlists. The thunderous roar of exotic cars echoed throughout the peaceful English countryside while I blasted classic electronica.

Given how much I was impressed by by SteelSeries' Pro headsets, I expected the Arctix 9X to sound great from the start. They didn't disappoint. I typically game with the HyperX Cloud Alpha, a wired headset with larger drivers, and the 9X sounded practically indistinguishable, with the notable advantage of being wireless. There was the occasional connection hiccup, but that's something I also experience when plugging headphones into my Xbox One controller. I'd chalk that up more to the placement of my console than an issue with the Arctis.

Given its $200 price though, the Arctis 9X really only makes sense for Xbox One diehards. There's no wireless support for the PlayStation 4 or Switch. And since it's coming so late, there's a good chance many potential buyers have already invested in a separate headset. Still, it's your best option if you're tired of juggling a cable between your headset and Xbox controller. You'll be able to snap up the Arctix 9X at Gamestop and Steelseries' website, and it'll make its way to Amazon and Best Buy later.

In this article: Arctis 9x, av, entertainment, gadgetry, gadgets, gaming, gear, SteelSeries, wireless headphones, Xbox One
All products recommended by Engadget are selected by our editorial team, independent of our parent company. Some of our stories include affiliate links. If you buy something through one of these links, we may earn an affiliate commission.