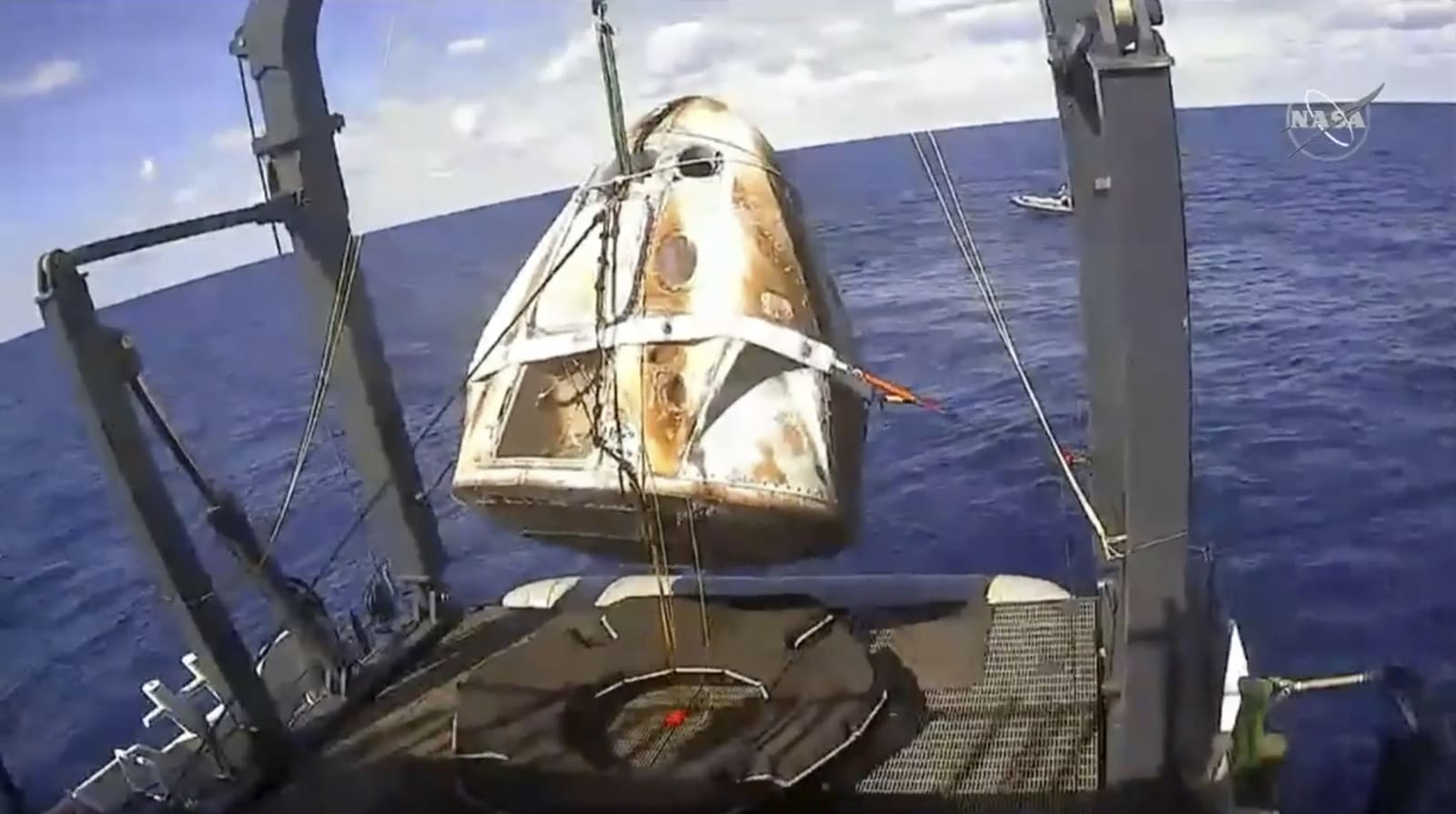 A SpaceX official confirmed Thursday during a press briefing that one of the company's Crew Dragon capsules meant for crewed spaceflight was destroyed, according to CNBC. The update from the company confirms reports that followed the failed April 20th test. SpaceX has yet to provide more details about the incident other than to say it was the result of an "anomaly." The company still moving forward with a plan to launch another Crew Dragon capsule that is set to dock with the International Space Station.

During the briefing about the incident, SpaceX president of mission assurance Hans Koenigsmann highlighted how much of the test went right. The Dragon capsule powered up as expected and the Draco thrusters on the Cargo Dragon were fired off successfully for five seconds each. According to Koenigsmann, the anomaly occurred just before firing the SuperDraco engine. Both SpaceX and NASA are reviewing telemetry data and other information collected from the test firing to determine what exactly went wrong.

For SpaceX, the loss of the vehicle is a small but significant setback. The Crew Dragon that was destroyed in the test was the same vehicle that successfully docked with the International Space Station back in March. The uncrewed capsule spent five days before it returned and landed in the Atlantic Ocean.

Source: CNBC
In this article: crew dragon, gear, international space station, iss, space, spacex, spacex crew dragon, spacex demo-1
All products recommended by Engadget are selected by our editorial team, independent of our parent company. Some of our stories include affiliate links. If you buy something through one of these links, we may earn an affiliate commission.