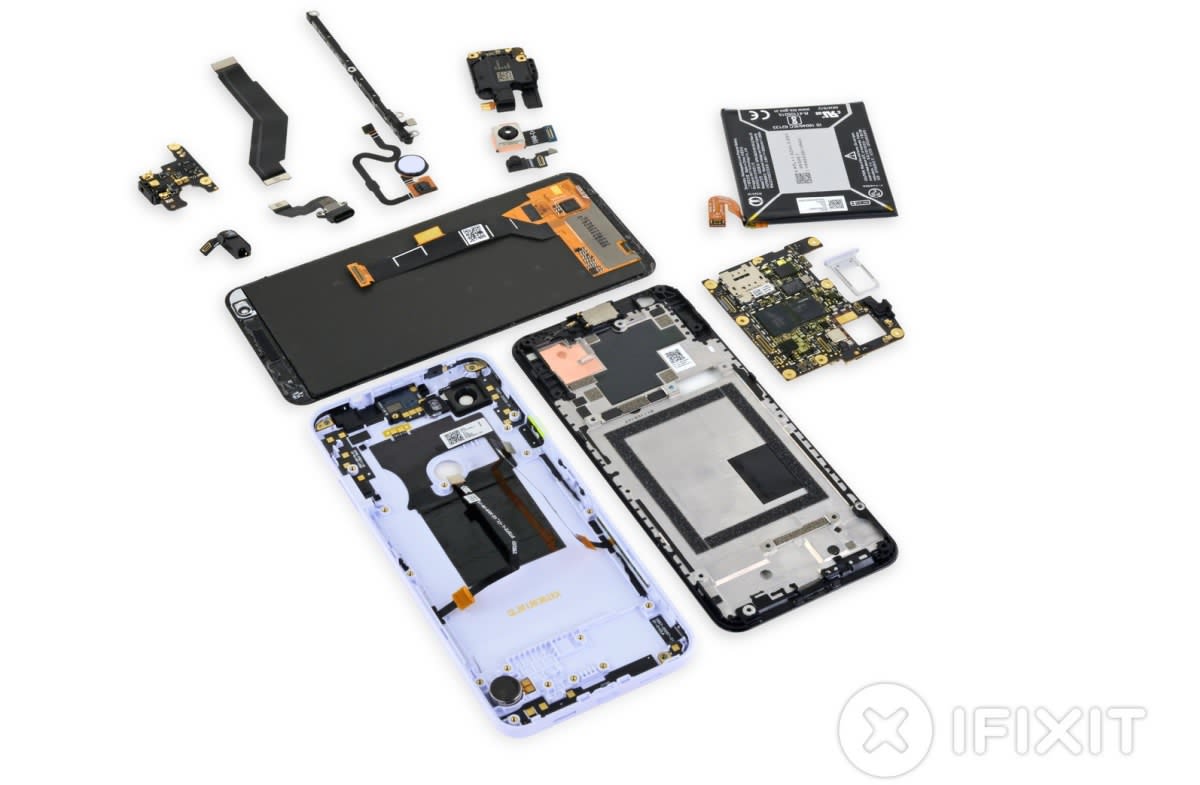 Now that Google has come back to the midrange phone market, the folks at iFixit have peered inside the Pixel 3a and Pixel 3a XL to see what you do (or don't) get for your money. Just like their more expensive Pixel 3 counterparts, both of these pack Samsung OLED displays, as well as the same rear facing camera. However, expensive hardware items like the Pixel Visual Core chip, wireless charging coils and waterproofing bits aren't in there.

If DIY work interests you, some of the changes seem to make these more modular and potentially easier to repair, but for the most part they are what they appear to be, with components and well-established designs that aren't on the bleeding edge of tech, but will work just fine. Whether you're a big fan of headphone jacks, hate smartphone prices that approach or surpass $1,000 or just want to replace a USB-C port without sending your device in for repair, there's something to appreciate about Google's newest phone family.

Source: Pixel 3a Teardown, Pixel 3a XL Teardown
In this article: gear, google, iFixit, mobile, Pixel, Pixel 3a, Pixel 3a XL, teardown
All products recommended by Engadget are selected by our editorial team, independent of our parent company. Some of our stories include affiliate links. If you buy something through one of these links, we may earn an affiliate commission.