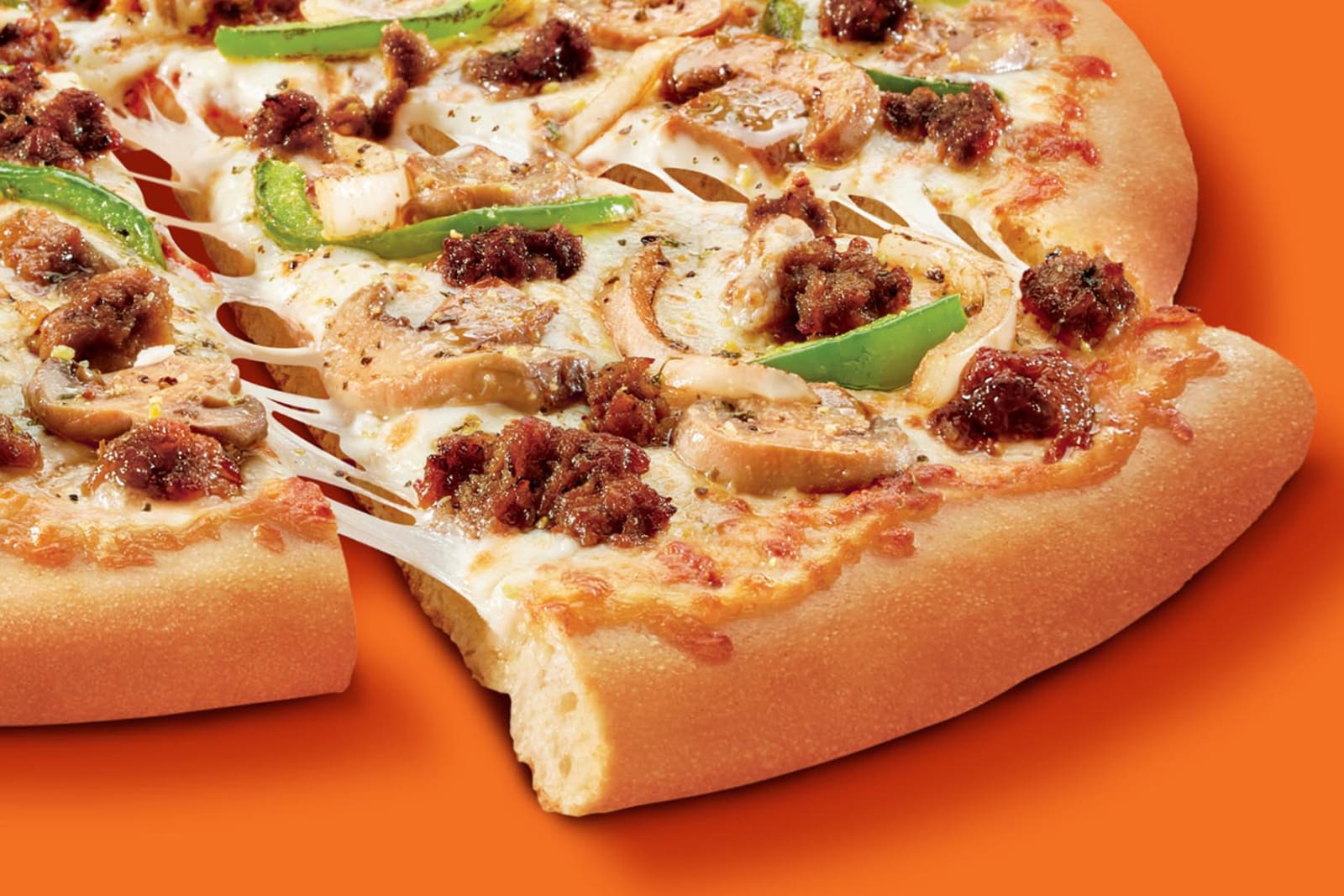 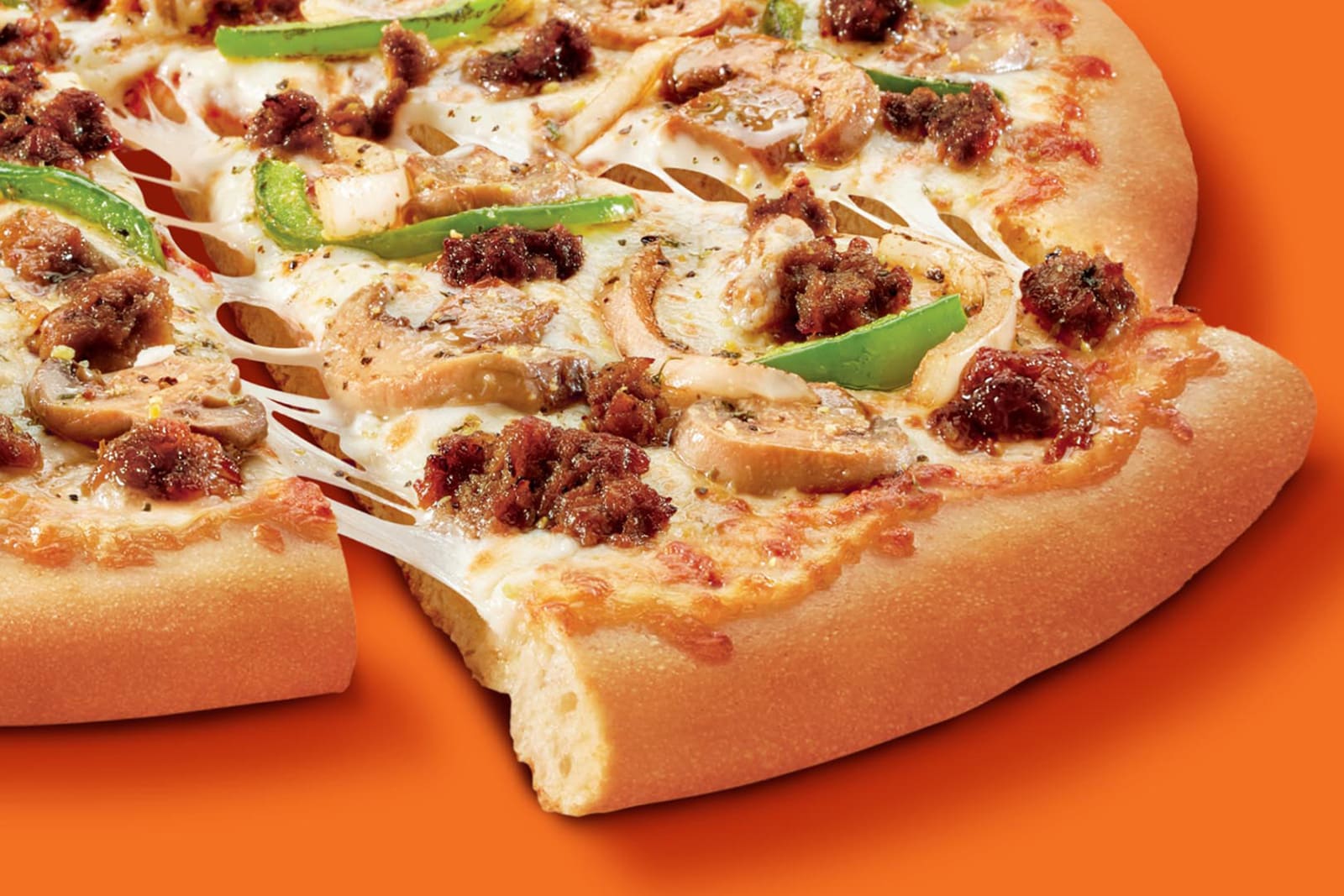 Little Caesars, the nationwide pizza chain, will be the first restaurant to sell Impossible's new plant-based sausage product -- as a pie topping.

Starting today, the Impossible Supreme Pizza will launch at Little Caesars branches in Yakima, WA, Ft. Myers and Naples, FL and Albuquerque, NM for $12. The Detroit-based chain will sell a spicy-sweet version of the sausage.

"We've been watching the alternative meat trend continue to grow over the years and we just feel we might be at a tipping point," said Ed Gleich, Little Caesars' chief innovation officer.

We first tried Impossible's sausage meat in steamed dumplings and a breakfast sandwich, in our close look inside the company, but this pilot presents a first commercial test for the product.

Gleich explained that the initial three markets to test the product were chosen for their different awareness levels of Impossible meat -- Ft. Myers and Naples, FL have higher recognition than Yakima, WA. If the product is a hit, the chain plans to sell the product more widely towards the end of 2019 or early 2020. "We wouldn't test it unless we were predisposed to thinking it could win. So our intent is, if it is successful, we absolutely plan to expand it," Gleich said. "Towards the end of year would be the earliest we could do it."

For Impossible, the partnership is yet another step into mainstream restaurants. The company's original plant-based burger debuted in Manhattan's Momofuku Nishi, but now can be found in branches of Burger King, Applebee's and White Castle.

The company's larger aim is to pitch itself to a customer base of meat eaters who may have health concerns around animal meat or would consider vegan meat to be an ethical choice, but are also unwilling to eat traditionally unconvincing meat proxies.

In this article: entertainment, food and drink, food-and-drink, foodanddrink, impossible foods, little caesars, tomorrow, vegan, vegetarian
All products recommended by Engadget are selected by our editorial team, independent of our parent company. Some of our stories include affiliate links. If you buy something through one of these links, we may earn an affiliate commission.