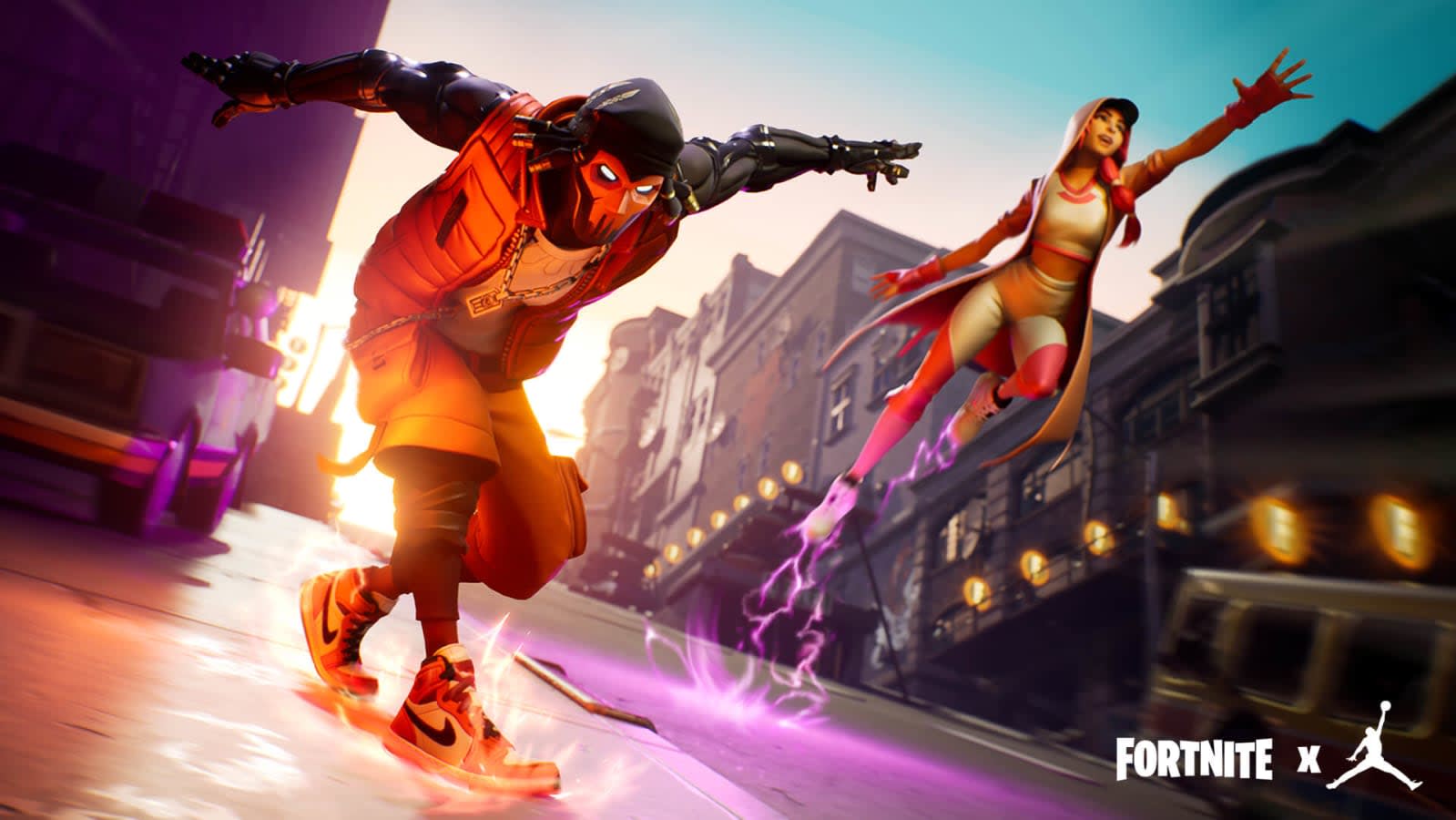 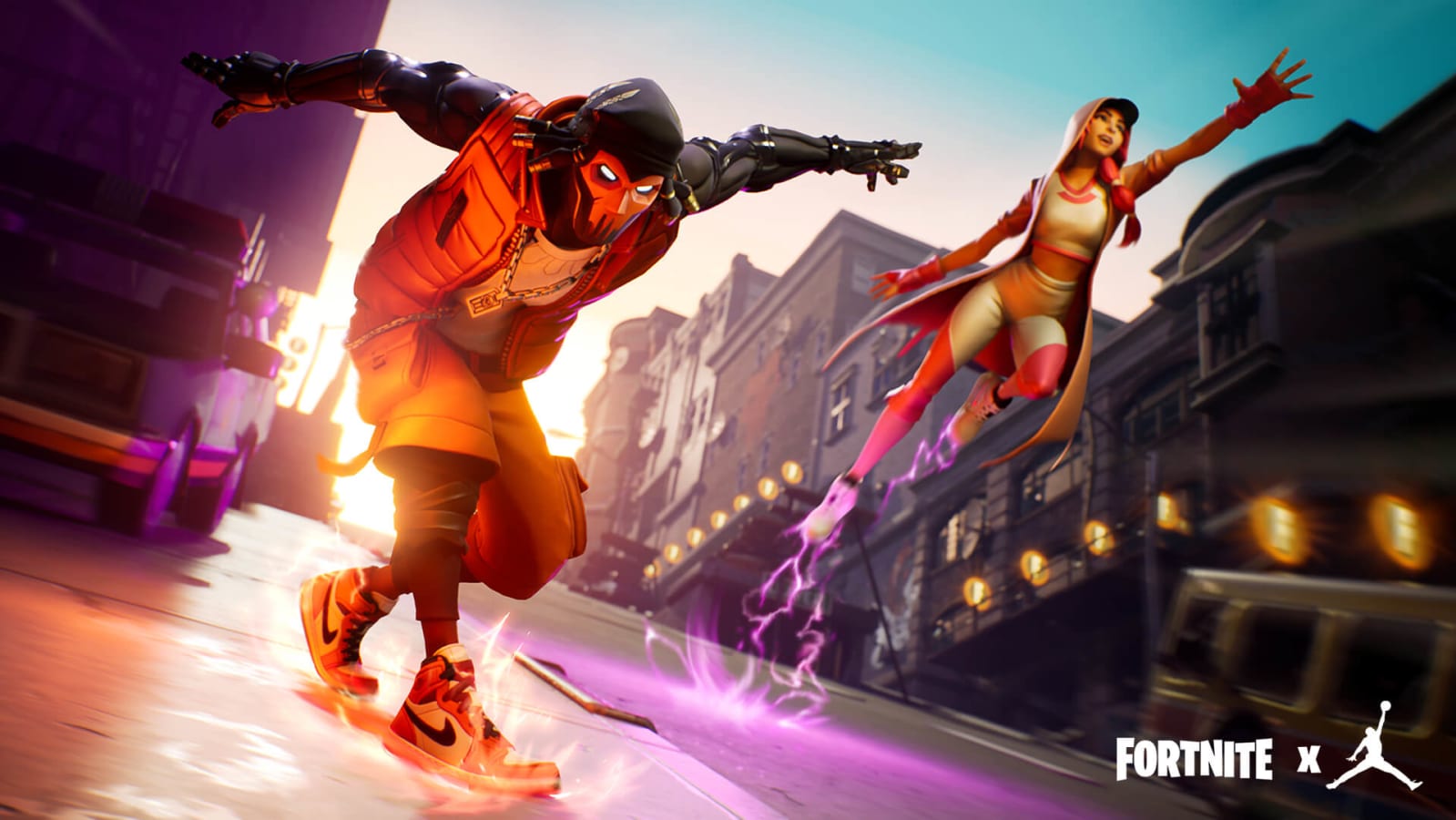 Fortnite has played host to a dazzling number of themed events, featuring collaborations with some of entertainment's biggest franchises including Avengers: Endgame and John Wick. However, for its latest crossover, Epic Games is teaming up with one of the world's biggest sportswear brands, Jordan, ahead of the NBA Finals on May 30th.

Unlike the recent movie-themed tie-ins, Fortnite x Jordan won't focus on the game's main fight-to-the-death mechanics. Instead, Epic has launched a new Creative "Downtown Drop" world that requires players to "launch off massive jumps, grind down city streets and collect coins to win."

That's not to say the collaboration will have no impact on Battle Royale, as you're likely to see plenty of fresh kicks in the coming weeks. As you'd expect, Nike will promote the Jordan brand via in-game items, centering on the classic Air Jordan 1. Players will be expected to part with their vBucks to buy the Hang Time Bundle, which includes a Grind Outfit, Clutch Outfit and a unique challenge pack, but the Downtown Drop LTM will also set a bunch of free challenges that unlock various skateboard-themed back bling styles.

Earlier this week, the Golden State Warriors advanced to their fifth straight NBA Finals, sweeping aside the Portland Trail Blazers. They will now wait to see who out of the Milwaukee Bucks and Toronto Raptors will join them. All the while, the Jordan brand will be front and center in one of the world's most popular video games.

Source: Epic Games
In this article: av, basketball, epic games, fortnite, gaming, internet, jordan, nike
All products recommended by Engadget are selected by our editorial team, independent of our parent company. Some of our stories include affiliate links. If you buy something through one of these links, we may earn an affiliate commission.