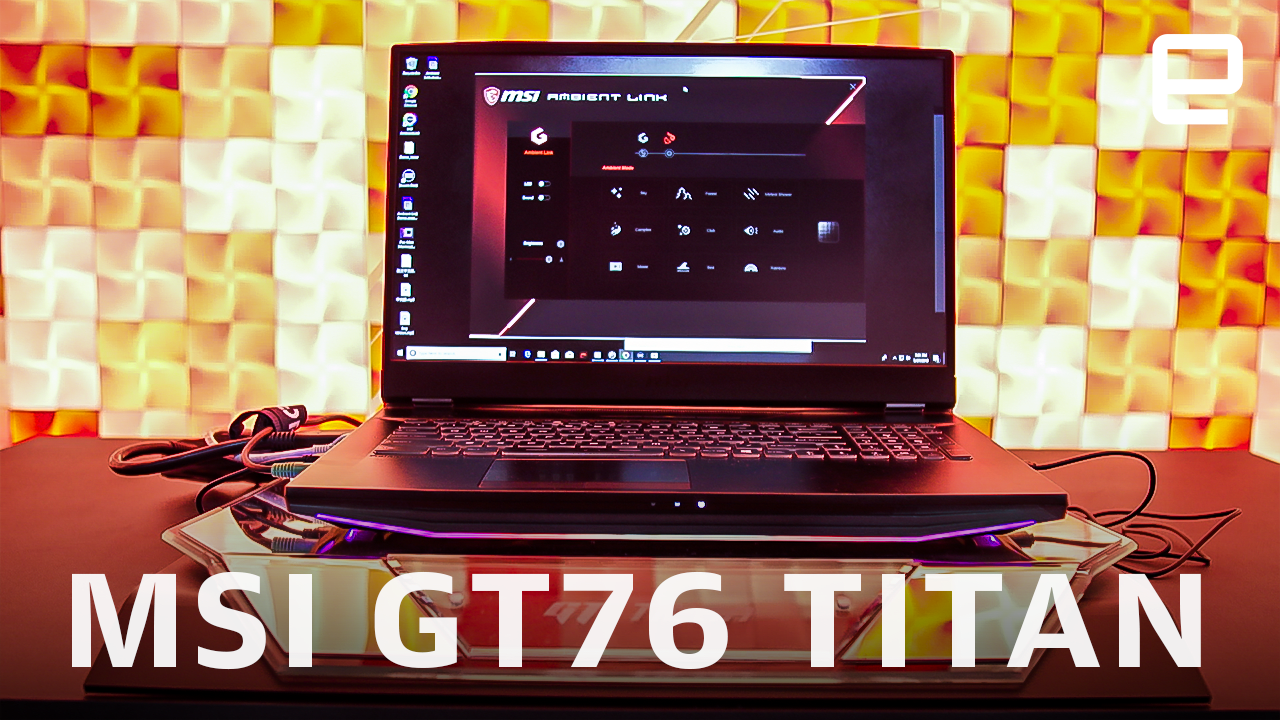 Have you ever toiled on something, only for a rival to release something just days before your own effort is completed? No matter your intentions, the timing makes you look like a copycat. It's a fact that must rankle MSI, which spent four and a half years developing a laptop with a desktop CPU. Alienware may have gotten there first with its Area-51M, but MSI thinks that the GT 76 Titan is worth the wait.

As the name implies, the Titan is massive, with a 17.3-inch display and a weight that creeps over the eight-pound mark. The desktop replacement is aimed at hardcore gamers who want an expandable, tweakable machine for their greatest passion.

The GT 76's headline feature is that it carries a socketed Intel Core i9900K, making it possible for users to swap out the chip in future. Such future-proofing is fraught, given that Intel may choose to alter how its next-generation chips interact with motherboards. That's why MSI won't make any promises about future upgrades, beyond saying that possible and feasible.

MSI is happier to tell everyone that just six screws keep users from accessing the RAM and SSD bays for future expandability. There is one 2.5-inch HDD bay, and a trio of SSD bays, as well as space for up to 128GB of RAM inside. And, in terms of build-to-order options, you have the choice of a 17.3-inch, full-HD display with a 144Hz refresh rate, or a skinny-bezel 4K model that's 100% Adobe RGC validated.

It's hard to draw conclusions on pre-production hardware, and things are liable to change between now and its release date. I booted up Metro Exodus and set ray tracing to high, and the GeForce RTX 2080 with 8GB RAM certainly didn't break down in tears at the mere suggestion. The drop in performance was just about noticeable in the form of some dropped frames, but you'd expect performance to improve in a less chaotic setting. And, when the settings were dialed down even slightly, the game ran like a dream.

MSI says that the GT 76 was designed to be overclocked by "people who don't know how to overclock," simply by setting the software to turbo. The company claims that you can expect to get a sustained 5GHz out of that chip, but it wasn't possible to test that on the show floor. MSI also couldn't say how long you can expect the machine to run at that speed, beyond saying that it would be "sustained." You can bet reviewers will be seeing how easy it is to reach that speed as soon as the machine is available.

In order to achieve run a desktop CPU and achieve those speed claims, MSI has developed a custom power and cooling solution with four fans and 11 heat pipes. Two small fans actually push air up through a grille above the keyboard, while the rest push hot air to the Titan's sizeable booty. You know it's a serious piece of kit, too, because the air blown out of the rear grilles was more akin to a hand dryer (albeit a weak one) than a fan. 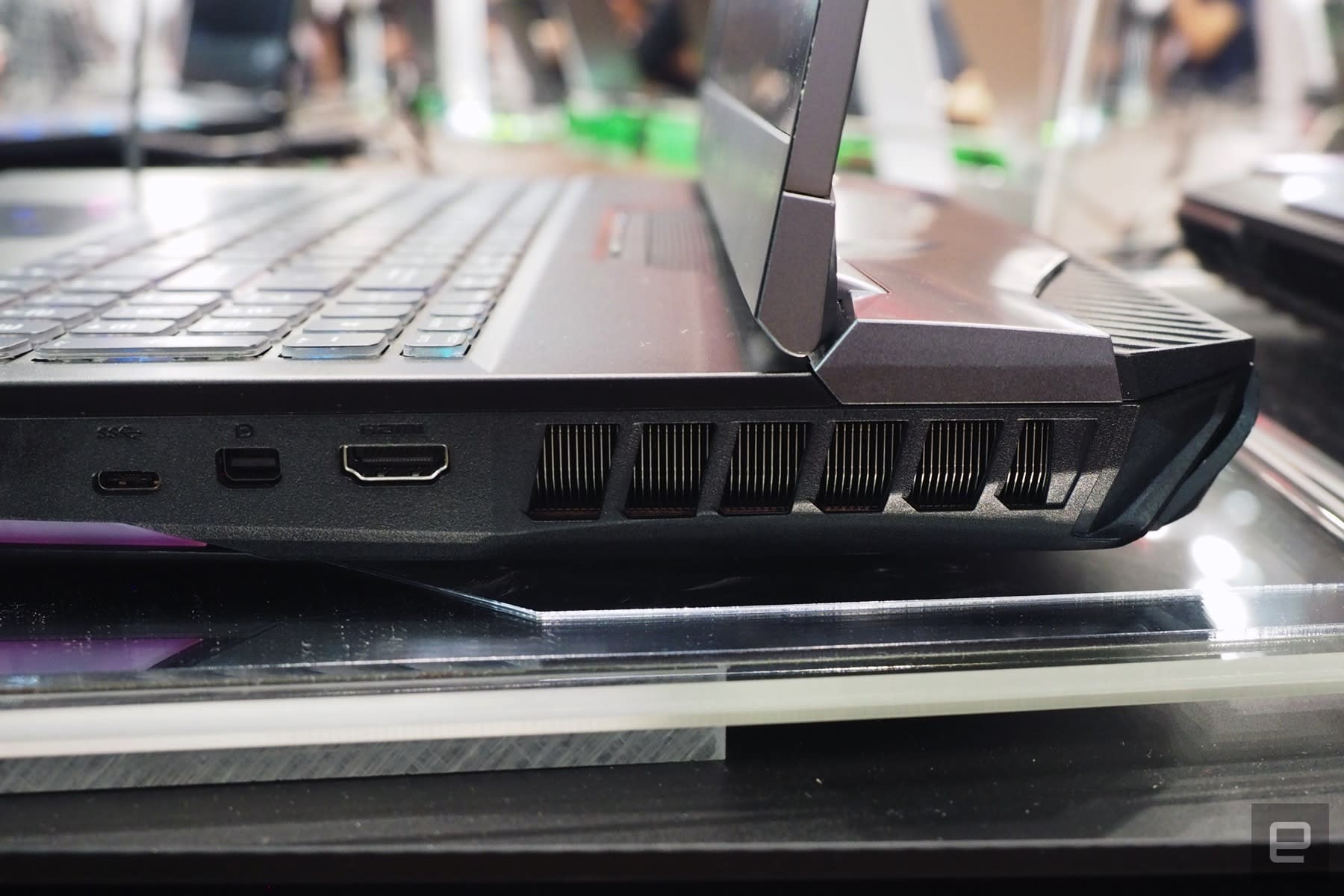 MSI was talking up the sportscar-inspired design of the GT 76, as well as the sheer number of RGB lights on its body. As well as illuminating the keyboard, Philips Ambilight-style lights project from the underside of the case, covering your desk in color. And, if you have smart lights and other MSI RGB projects, you'll be able to coordinate all of them to create a custom light-scape.

Thankfully, we don't have long before the GT 76 is available to buy and we can start testing out all of those boasts. Selected territories will get the option to order the machine at some point in June, with the base model setting you back $3,600. That climbs past $4,800 for the highest-spec versions.

In this article: Computex, Computex2019, gaming, gear, GT 76, GT 76 Titan, hands-on, MSI, nvidia, personal computing, personalcomputing, Titan, video
All products recommended by Engadget are selected by our editorial team, independent of our parent company. Some of our stories include affiliate links. If you buy something through one of these links, we may earn an affiliate commission.