MSI says you'll be able to push the Titan's Core i9 up to 5GHz, if you're brave.

MSI's Titan-series laptops can only be described as an Absolute Unit, and with a laptop this beefy, you need a chip that can keep up. That's why the new GT76 Titan is packing an unlocked, desktop-class Core i9 into its hefty frame.

According to the company, you'll be able to opt for a ninth-generation, "full desktop" Core i9, which we assume is a K-series with an unlocked multiplier. MSI claims that the top-end model, with an 8-core, 16-thread configuration, can be overclocked at speeds up to 5GHz -- if the cooling system can allow that.

If true, that would put the GT76 in the same world as Alienware's Area-51M, a gaming laptop that came with a socketed (and therefore user-replaceable) Core i9-9900K. It's not clear if MSI is doing the same here, but if you're looking for a portable gaming desktop that looks like a hybrid, you could have a tough choice.

Pushing the chip beyond its limits will require some supreme cooling, so the GT76 comes with four fans and 11 heat pipes. MSI says the GT76 will generate more than twice the airflow, although neglected to mention what unit it was using for comparison.

On the graphics front, the GT76 will pack a GeForce RTX 2080, which packs dedicated ray tracing and tensor cores. That's not the best available, the 2080 Ti holds that title, but it's still a very powerful piece of kit for a laptop.

MSI is talking up the car-inspired design of the GT76, as well as lighting on both the keyboard and the underside of the chassis. Right now, however, we don't know much about pricing or availability, but you can expect it to be high and soon. 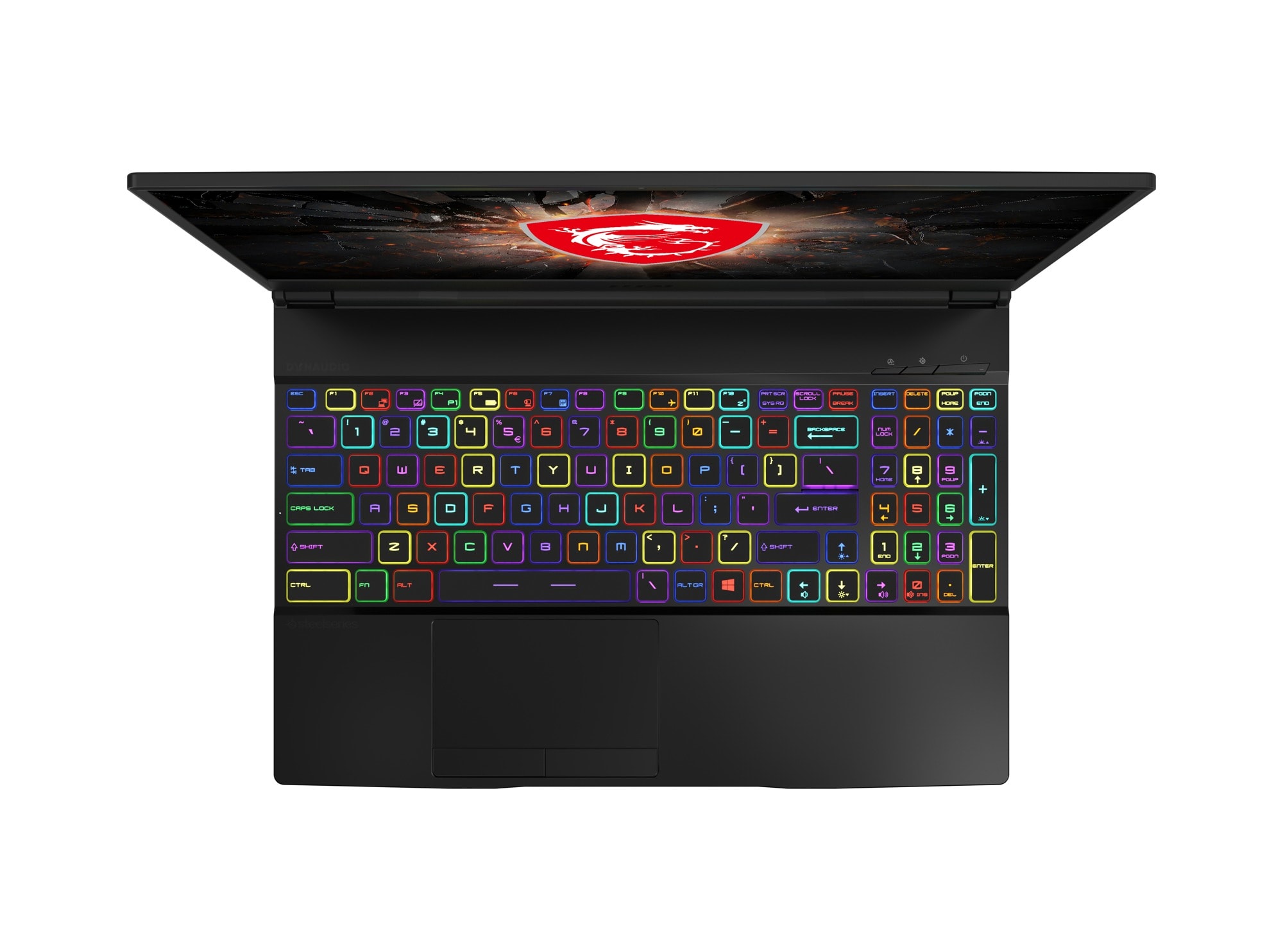 At the same time, MSI is welcoming the GE65 Raider, the latest entry in the series, which swaps out the seventh-generation Intel CPU for a ninth-generation model. You'll get the option of a new Core i9 and "the latest RTX graphics," as well as a far faster display, which leaps from 120Hz to 240Hz, and WiFi 6.

We're still waiting to hear back on some of the specifics, and will update this when we do.