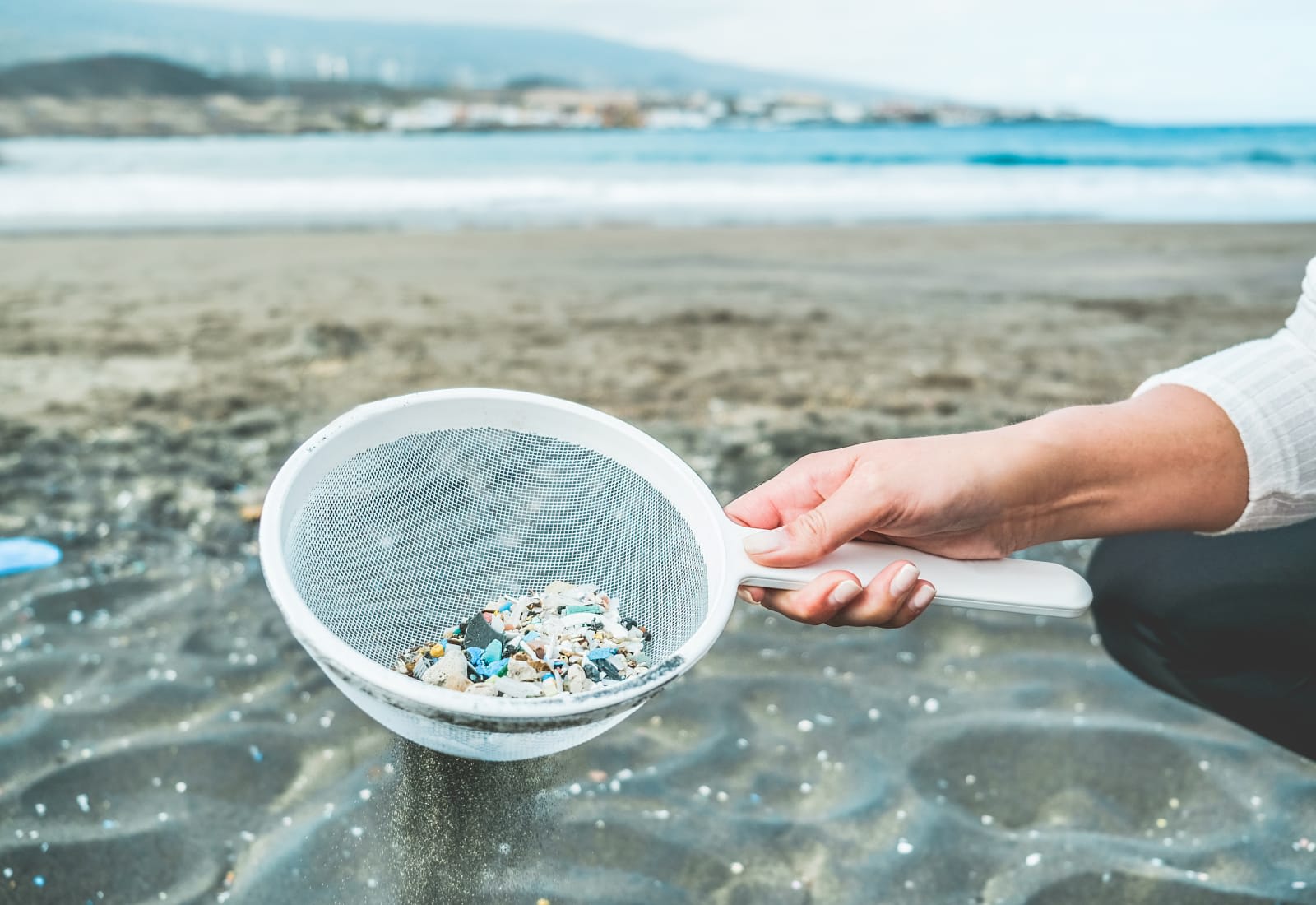 Americans consume tens of thousands of microplastic particles every year -- and that's just from the food we eat. Microplastics are also found in the air we breathe and the water we drink. Thanks to a study published in the journal Environmental Science & Technology, we have a better idea of just how much plastic Americans consume.

The study estimates that annual microplastic consumption ranges from 39,000 to 52,000 particles, from food sources alone. When you factor in the microplastics Americans inhale, the numbers jump to 74,000 and 121,000. Americans who drink exclusively from plastic water bottles may be ingesting an additional 90,000 microplastics annually, which at the very least should be another reason to stop buying plastic water bottles. The researchers admit these are rough estimates, but if anything, they are "likely drastic underestimates."

A team of biologists from the University of Victoria in Canada conducted the study. They looked at microplastics in commonly consumed foods -- seafood, sugars, salts, honey -- as well as alcohol, tap water, bottled water and urban air. The researchers note that the microplastic content of poultry, beef, dairy, grains and vegetables has not been studied. We don't know how much plastic we might ingest from food packaging, either.

According to the study, microplastics are "ubiquitous across ecosystems." We knew the ocean was full of plastic, but the researchers suggests our bodies might also be packed with plastic. While there is potential for microplastics to enter human tissue -- which might cause an immune response or release toxic chemicals into the body -- we don't fully understand how microplastics impact humans, at least not yet.

In this article: air, americans, canada, consume, diet, food, green, health, medicine, microplastic, particles, plastic, research, study, tomorrow, University of Victoria, water
All products recommended by Engadget are selected by our editorial team, independent of our parent company. Some of our stories include affiliate links. If you buy something through one of these links, we may earn an affiliate commission.