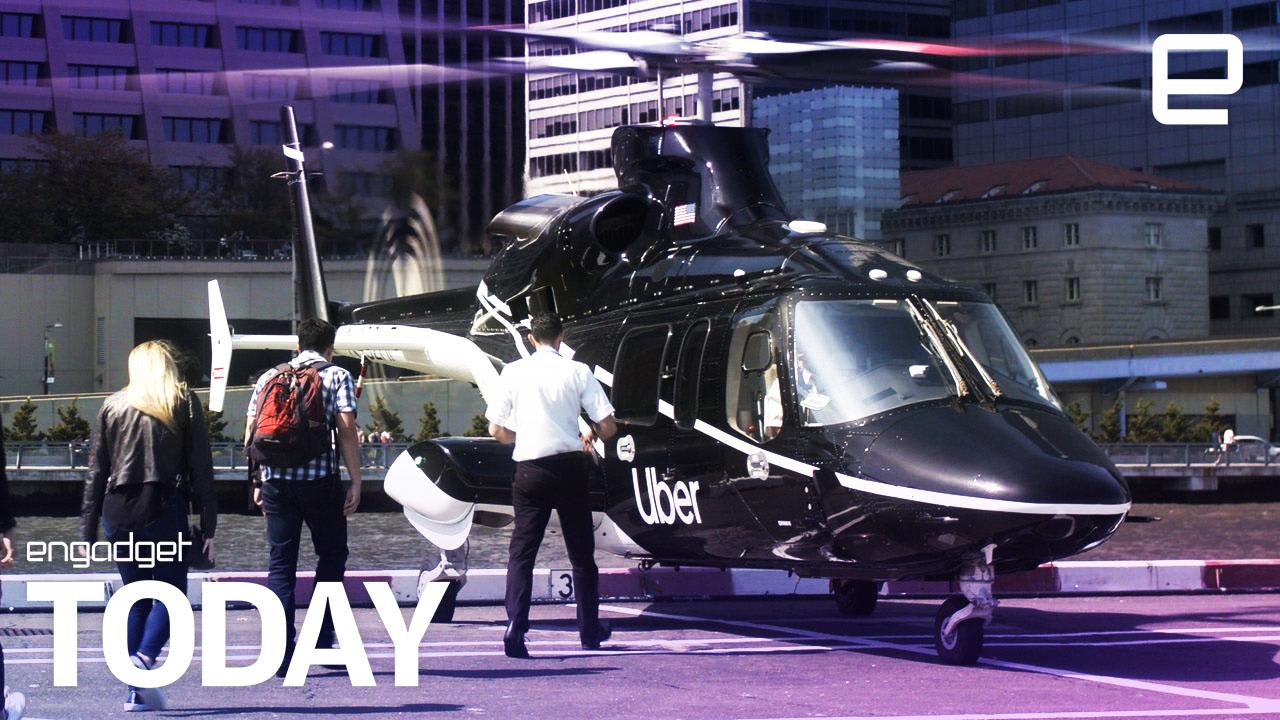 Uber's autonomous flying taxis aren't ready to take flight yet, but according to a report in the New York Times, it will offer air transit starting July 9th. Uber Copter will be available in New York City first, to Uber Rewards members who've obtained Platinum and Diamond status. Unsurprisingly, the rides will have dynamic pricing that changes based on demand, but the average ride will cost between $200 and $225, according to Uber Elevate's Nikhil Goel.

However, unlike Uber's car service, it has a predetermined route that runs between a location near the Staten Island Ferry in Manhattan and Kennedy Airport with a flight time of about eight minutes. Uber hasn't publicly announced the service itself, but according to the article, flights will have space for up to five passengers (don't expect to bring along much baggage) with two pilots, all operated by the Heliflite charter service.

The service is also.. short, by anyone's imagination. According to Uber, it's the company's first "multi-modal" option, where this eight-minute helicopter flight is connected to taxi rides each side.

"Uber Copter offers the first real demonstration of the Elevate experience. We've built Uber Copter to provide us with insight and real-world experience as we continue to lay the foundation for Uber Air. This is Uber's first multi-modal option, integrating an 8-minute helicopter flight with an Uber trip on both ends with a single tap of a button. Uber Rewards Platinum and Diamond members will get the first opportunity to try this new fast and seamless way to get between Manhattan and JFK."

Source: New York Times
Coverage: Bloomberg
In this article: AOLoriginals, daily show, engadget, Engadget Today, engadget video, entertainment, gear, helicopter, heliflite, New York City, transportation, Uber, Uber Copter, Uber Elevate
All products recommended by Engadget are selected by our editorial team, independent of our parent company. Some of our stories include affiliate links. If you buy something through one of these links, we may earn an affiliate commission.