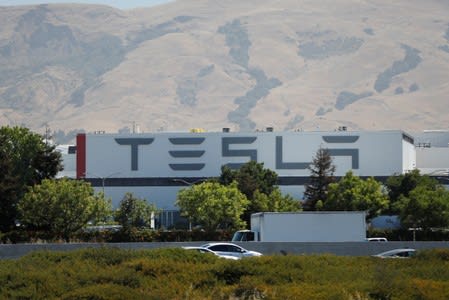 Tesla's V3 Supercharging stations are finally available to everyone. Well, everyone that owns a Tesla and wants to cruise on down the company's Fremont, California factory.

After some testing with early access customers, the eight stalls at the factory are open to all Tesla owners and support charging speeds up to 250kW. That means owners of a long-range Model 3 (which supports charging at that speed) can add 180 miles to their vehicle in 15 minutes.

Owners of the Model S will gain 130 miles in 15 minutes while the Model X will get 115 miles in the same time frame.

Tesla's Supercharger network sets it apart from other automakers building electric vehicles. The network has made it possible for owners of Tesla vehicles to drive long distances without having to navigate multiple charging systems.

Volkswagen is working on the same type of scenario with its Electrify America subsidiary. But, it has a long ways to go to match Tesla's charging network breadth. V3 Superchargers will be rolling out globally later this year.

In this article: charging, electric vehicle, ev, gear, green, model 3, supercharger, tesla, transportation, v3 supercharger
All products recommended by Engadget are selected by our editorial team, independent of our parent company. Some of our stories include affiliate links. If you buy something through one of these links, we may earn an affiliate commission.