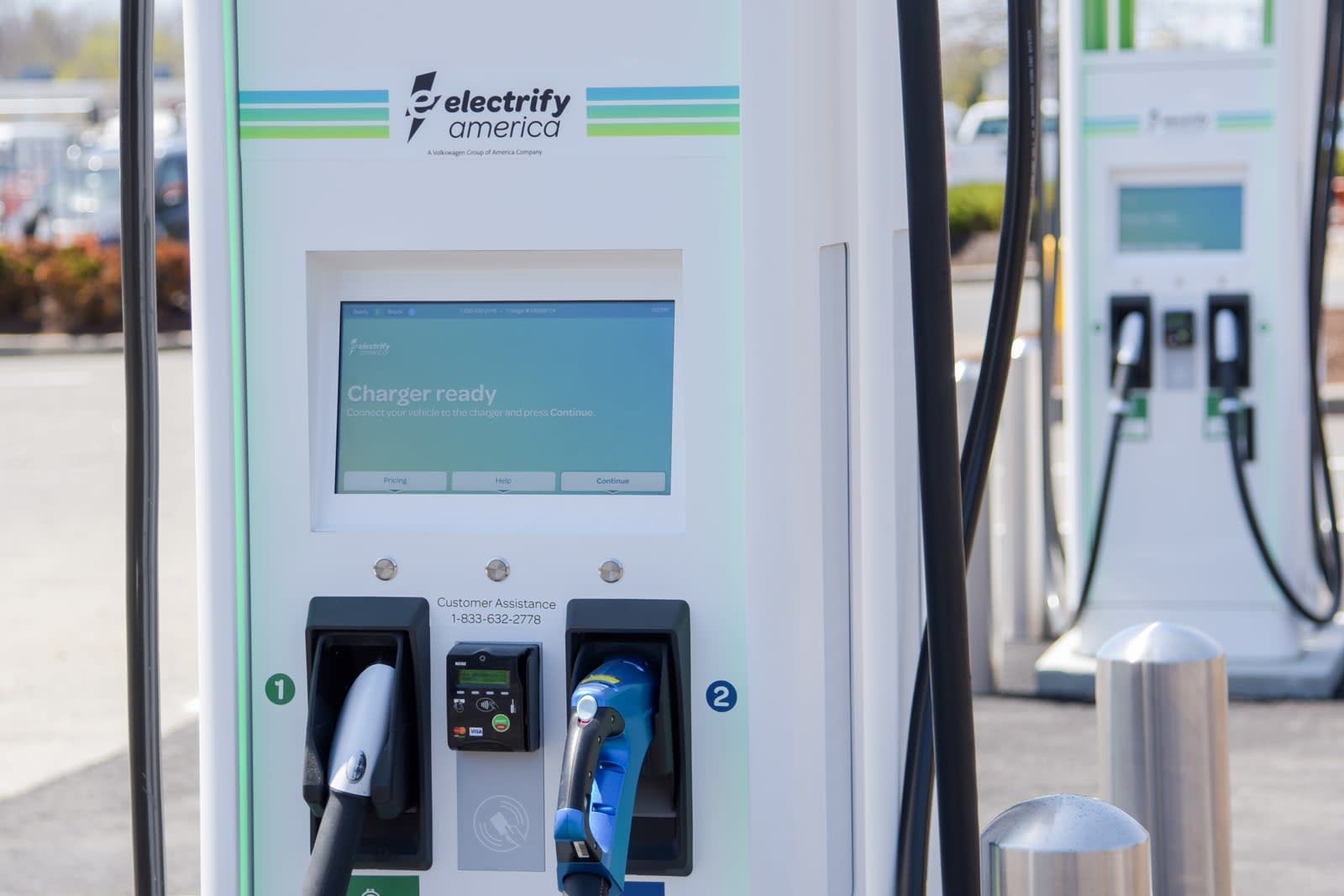 Walmart has come a long way since it unveiled plans to add Electrify America chargers to its stores. The big-box retailer now has over 120 of the VW-backed fast EV charging stations across its stores, giving drivers in 34 states a way to top up while they're shopping. There are plans to continue expanding, too. Neither partner said how many more stations were coming, but Reuters sources claimed that 180 more stations were coming before the end of 2019.

Most of the existing stations are placed at stores near key highways, although there are "dozens" more due near large urban areas. As before, the chargers range in power from 150kW to 350kW, offering enough speed for both the latest EVs as well as upcoming models that can take advantage of higher charging rates.

Both Electrify America and Walmart have clear incentives to bring chargers to as many stores as possible. For Electrify America, it's about laying the groundwork for a deluge of VW group EVs that will need a fast charging infrastructure. This is also one more step in mending VW's bruised image following the diesel emissions cheating scandal. Walmart, meanwhile, can use this to keep its stores relevant in the online shopping era -- you'll need somewhere to charge, and you might just wander into the shop while your car is plugged in.

In this article: charger, charging, charging station, electric car, electric vehicle, electrify america, ev, gear, green, thebuyersguide, transportation, volkswagen, vw, walmart
All products recommended by Engadget are selected by our editorial team, independent of our parent company. Some of our stories include affiliate links. If you buy something through one of these links, we may earn an affiliate commission.