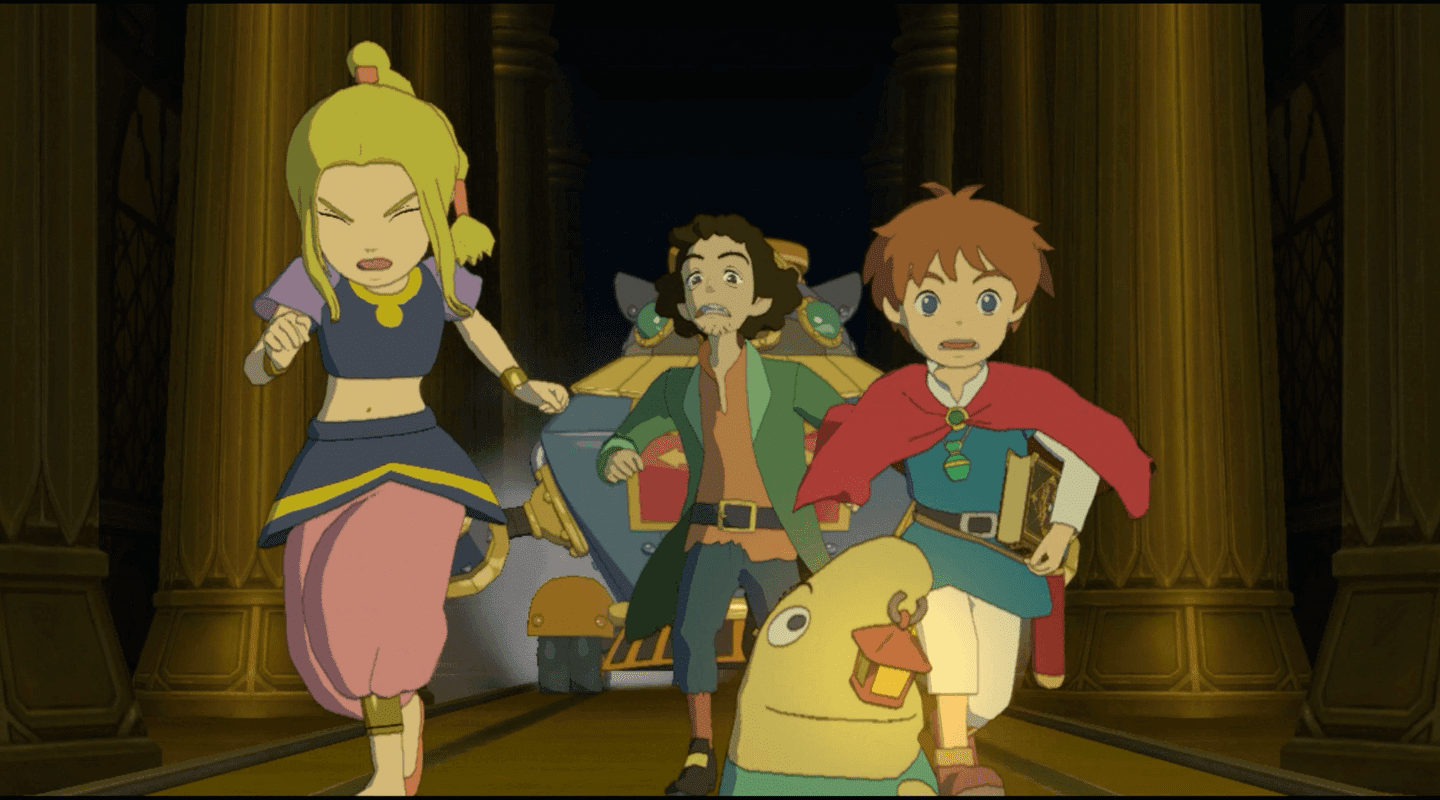 E3 2019 is almost about to get rolling, but there's time for at least one more pre-show leak. Several games from publisher Bandai-Namco have apparently leaked out due to a flaw on the company's website. Those include a From Software (Dark Souls, Bloodborne, Sekiro) collaboration with George R.R. Martin, titled Elden Ring, coming to PS4, Xbox One and PC. There isn't much confirmed beyond the name and the logo at this time other than that it's an action-RPG, although Martin discussed a game he'd consulted on in a blog post after the Game of Thrones series finale aired.

Screenshots revealed more of another game, Tales of Arise, an Unreal Engine 4-powered entry in the Tales series of RPGs. Meanwhile, Gematsu mentions information on a re-release of Ni no Kuni: Wrath of the White Witch for Switch (above), with a remastered version packing improved graphics coming to PS4 and Switch. We'll find out what's really coming out, and where it's headed, over the next few days as things get rolling in LA. The show floor doesn't officially open until Tuesday, but our first event of the show begins with EA Play at around noon ET Saturday.

Source: Gematsu
Coverage: Kotaku, Gamespot, ZHugeEX (Twitter), ResetEra
In this article: E32019, From Software, gadgetry, gadgets, gaming, George R.R. Martin, Ni no Kuni, Tales, Tales of Arise
All products recommended by Engadget are selected by our editorial team, independent of our parent company. Some of our stories include affiliate links. If you buy something through one of these links, we may earn an affiliate commission.