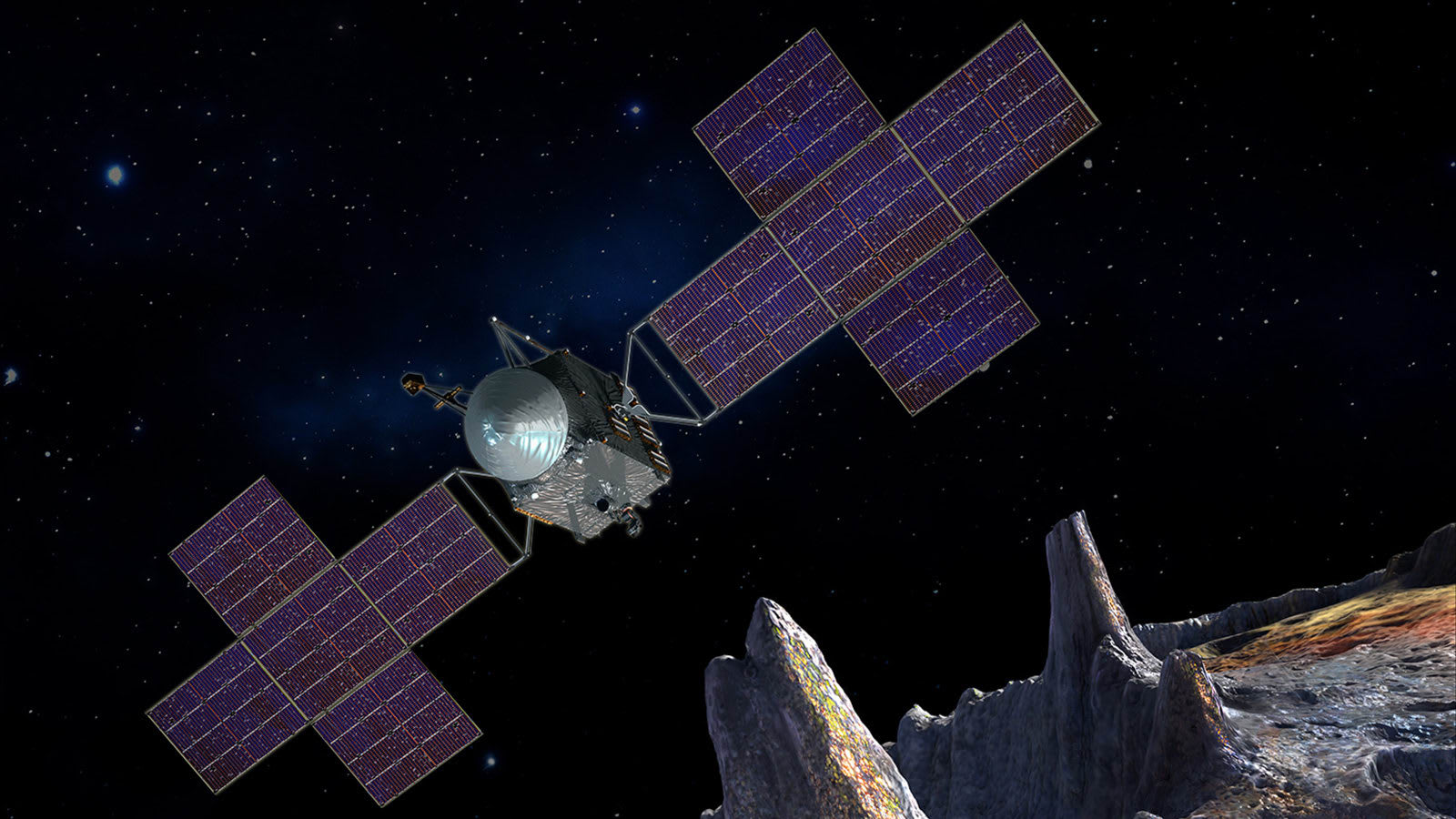 In less than a decade, we might finally be able to unravel the mysteries surrounding Psyche, an asteroid that's believed to be composed mostly of iron and nickel. NASA is gearing up to explore the metallic asteroid, giving the Psyche mission the go-ahead to enter its final design and fabrication phase. The means the Psyche team will now begin developing detailed plans for the spacecraft and its science missions, as well as completing the spacecraft's testing and assembly.

Psyche is one of the most intriguing objects to study in the asteroid belt, because most asteroids are rocky or icy. That's why scientists suspect that it might actually be the nickel-iron heart or core of an early planet the size of Mars, which lost its outer layers due to violent collisions billions of years ago. The mission plans to measure Psyche's magnetic field, as well to capture high-resolution images that can help them differentiate between its metallic and silicate components. It will also test NASA JPL's new laser communications technology called Deep Space Optical Communications, which can transfer data and images "at least 10 times faster than conventional systems."

By visiting the asteroid, NASA scientists are hoping to figure out how old it is and to catch a glimpse of the early solar system. The data it sends back could help them understand the building blocks of planet formation and how Earth came to be. NASA's Psyche spacecraft could launch by August 2022, fly by Mars in 2023 and eventually arrive at its destination on January 31st, 2026.

Source: NASA JPL
In this article: asteroid, nasa, psyche, space, tomorrow
All products recommended by Engadget are selected by our editorial team, independent of our parent company. Some of our stories include affiliate links. If you buy something through one of these links, we may earn an affiliate commission.