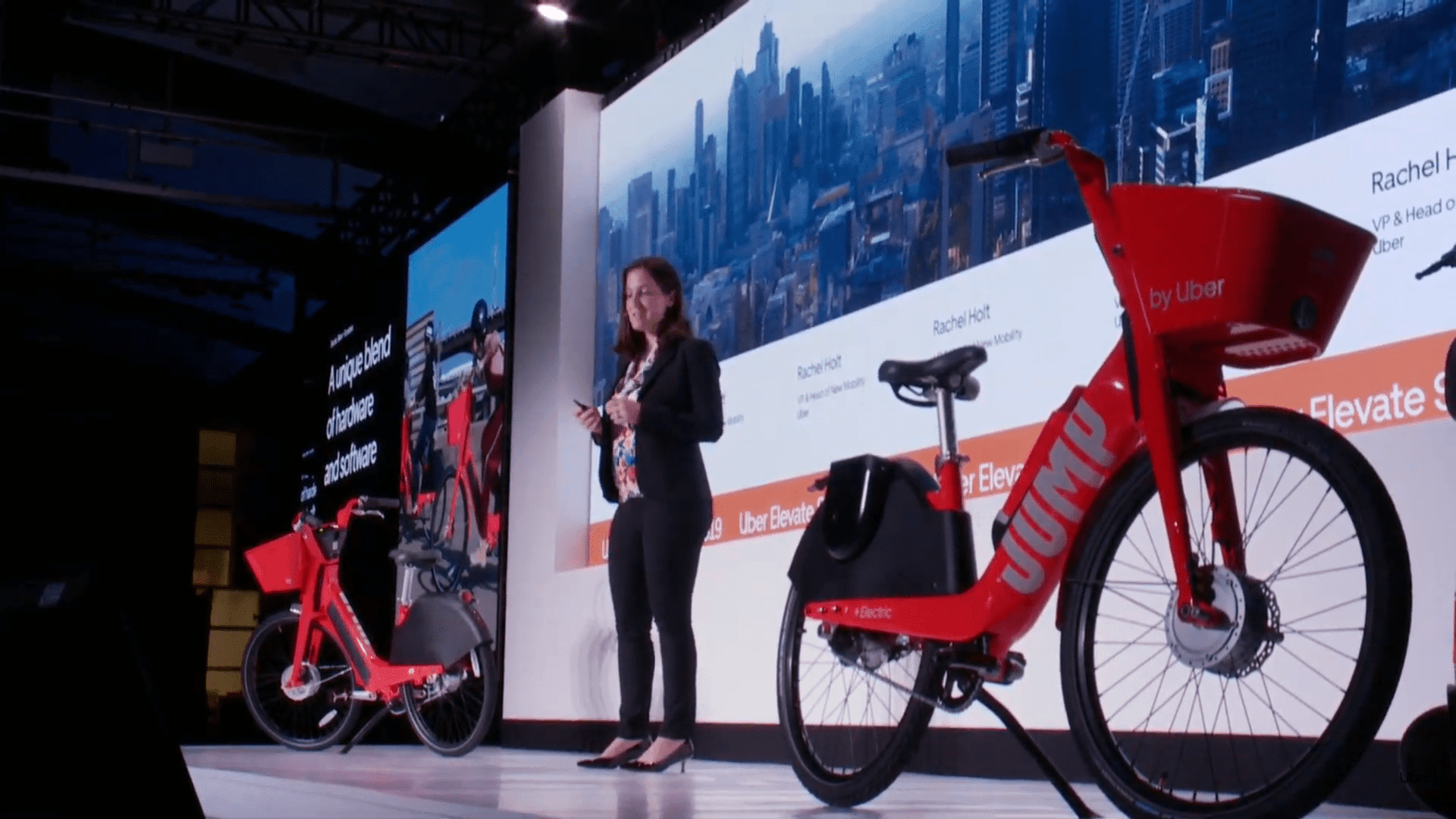 Uber has revealed its second-generation Jump electric scooters, which will feature bigger wheels and improved brakes. The rideshare giant showed off its new scooter at its third-annual Elevate conference, along with a new user swappable battery system for its electric bikes. The e-scooter features an entirely new braking system, switching out the old thumb brake for a hand brake that stops both wheels. Meanwhile, Uber's dockless e-bikes will feature new battery packs that can be swapped out by the user.

"Uber is innovating new mobility hardware to make it safer and easier for people to choose bikes and scooters over cars," Uber Head of New Mobility Rachel Holt said in a statement shared by TechCrunch. Jump, which Uber acquired back in April, has partnered with a new, unnamed manufacturer to build its second generation of e-scooters.

Uber has much to gain from building a safer e-scooter as it aims to grow its "last-mile" transportation solution. An increasing number of accidents and deaths on e-scooters have raised serious questions over the safety of the battery-powered vehicles. Uber's e-bikes and e-scooters will be leaving San Antonio this week after the city decided to put restrictions in place after complaints of crowded sidewalks and accidents. The new Jump electric scooters will be deployed across the U.S. on June 24, and in Europe later this summer, while new electric bikes will follow later this year.

Via: TechCrunch
Source: Uber
In this article: e-bike, E-Scooter, e-scooter injuries, electric scooter, elevate summit, jump, tomorrow, transportation, uber
All products recommended by Engadget are selected by our editorial team, independent of our parent company. Some of our stories include affiliate links. If you buy something through one of these links, we may earn an affiliate commission.