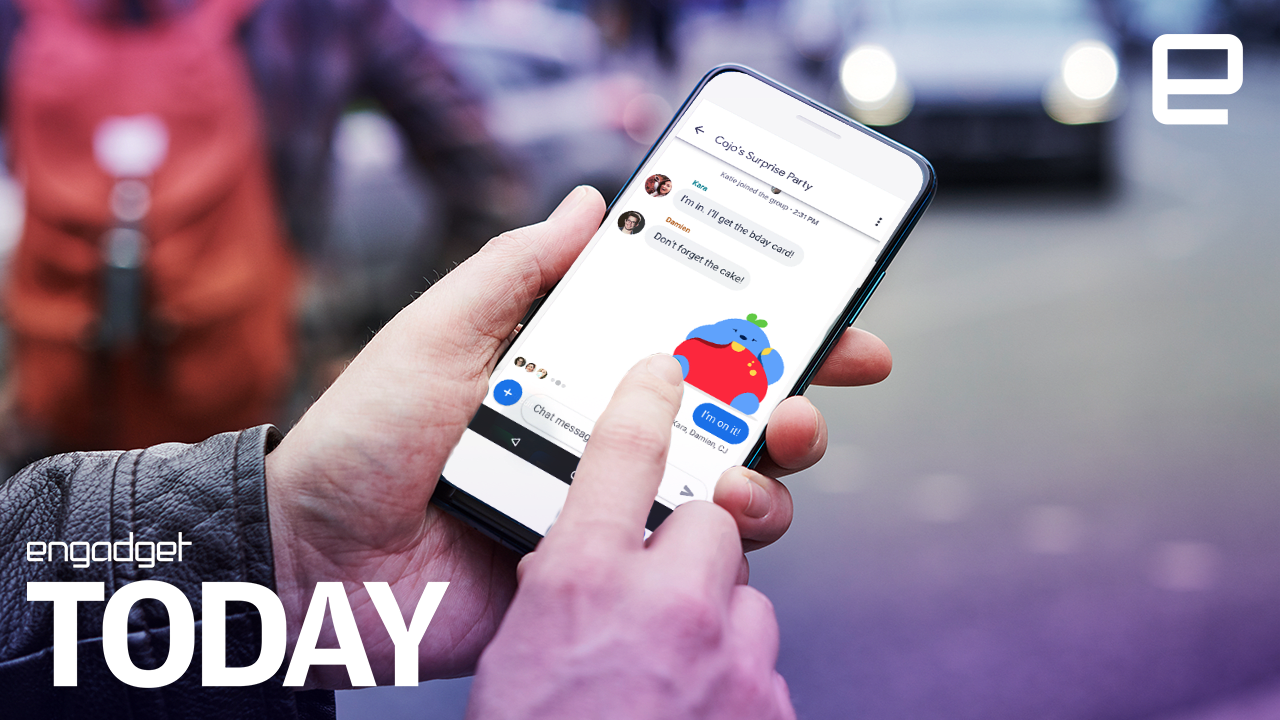 Google's rollout of RCS chat to Android devices has been slow, and you can blame that partly on the carriers. As the next-gen texting format usually depends on networks adding support one at a time, compatibility has been patchy at best. Now, though, Google is ready to take matters into its own hands -- the internet giant will offer RCS services to Android users in the UK and France later in June, giving them an opt-in choice through the platform's Messages app. The company's Drew Rowny explained it to The Verge as a sort of peer-to-peer end run around the carrier-driven model.

Rather than rely on a central server (as with Apple's iMessage), Android Messages quietly pings each participant in a chat to see if they support RCS. If they do, you get high-quality media, read receipts and other perks that come with the technology. Google does pass messages through its servers (though they're deleted as soon as they're delivered), but this is ultimately a decentralized approach that doesn't require carrier support or put full control in one party's hands -- it's the app that enables RCS.

The weaknesses of RCS remain. It's not end-to-end encrypted, so it's viable for an intruder to read your messages. It's also tied to your phone number, so you don't have the iMessage-style ability to chat on non-phone devices. And when Google handles RCS, it'll need to temporarily retain attached files as well as data like the phone number and IMSI. The company said it was "committed to finding a solution" for secure chat, however, and texts won't disappear into a void if you switch to a phone that doesn't support RCS.

This doesn't mean that Google has finally licked the RCS problem once and for all. It doesn't have a timetable for bringing the chat technology to other countries, and Apple hasn't shown interest in supporting RCS itself. The rollout beats waiting for providers to take action, mind you, and it might spur them to add RCS so that Google doesn't have too much power. Either way, your Android texts could become livelier in the near future.

Source: The Verge
In this article: android, AOLoriginals, chat, daily show, engadget, Engadget Today, engadget video, entertainment, france, gear, google, messaging, mobile, rcs, smartphone, texting, uk, wireless
All products recommended by Engadget are selected by our editorial team, independent of our parent company. Some of our stories include affiliate links. If you buy something through one of these links, we may earn an affiliate commission.