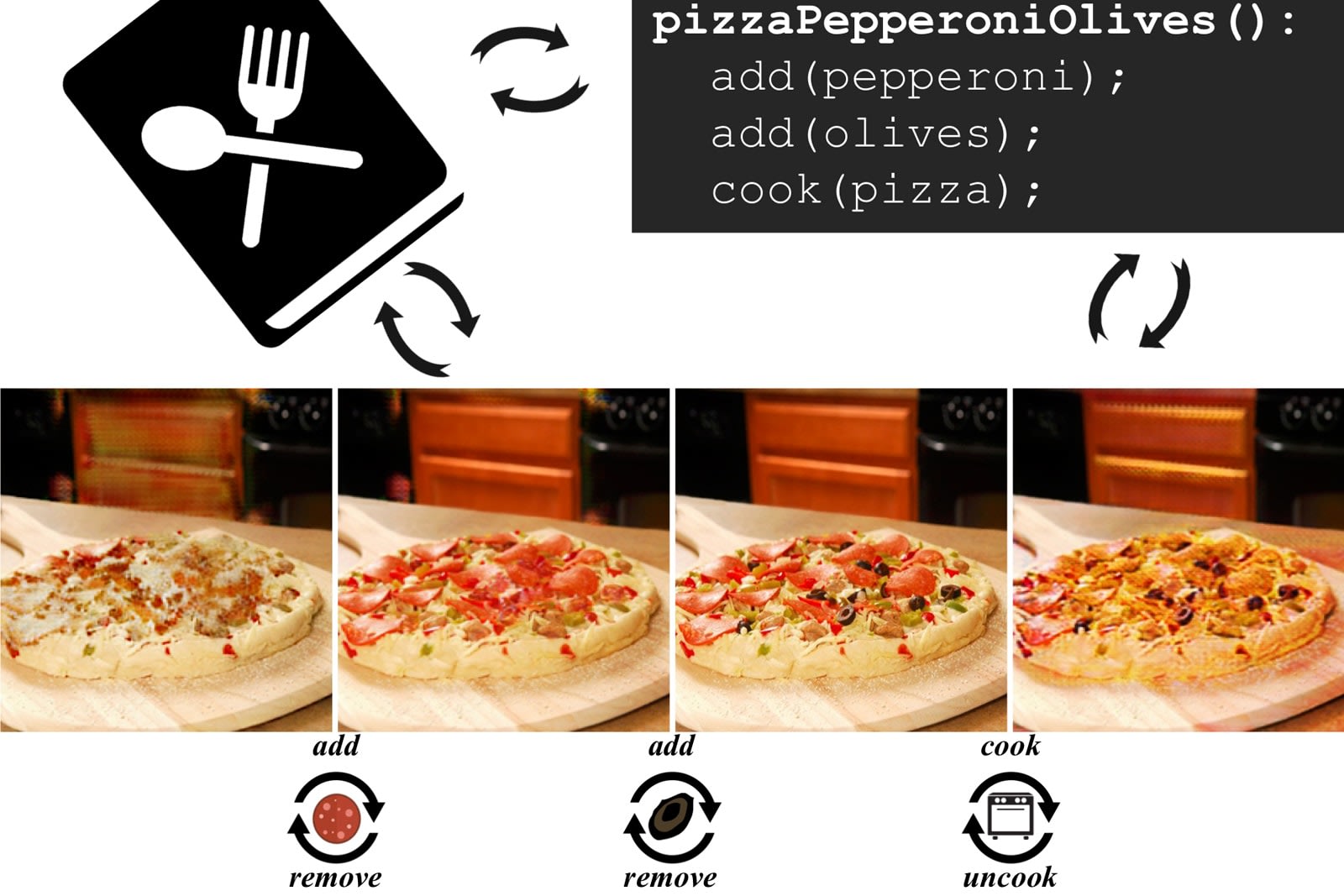 Never mind having robots deliver pizza -- if MIT and QCRI researchers have their way, the automatons will make your pizza as well. They've developed a neural network, PizzaGAN (Generative Adversarial Network), that learns how to make pizza using pictures. After training on thousands of synthetic and real pizza pictures, the AI knows not only how to identify individual toppings, but how to distinguish their layers and the order in which they need to appear. From there, the system can create step-by-step guides for making pizza using only one example photo as the starting point.

The result is a system that isn't perfect (it's better at ordering synethetic pizza images than real ones), but it's still reasonably accurate. The scientists found that PizzaGAN could determine the right order 88 percent of the time, albeit using pizzas with just two toppings. It would likely have a harder time with a fully decked-out pie.

You won't see pizza bots in the near future, since it'd take a while to teach robots to prepare and cook pizza all on their own. The lessons learned here could be valuable going forward, though, and not just in the cooking realm. They could be useful for hamburgers and other layered dishes, not to mention fashion AI that could show how you'll look with that jacket or scarf. In that regard, pizza is just a (very tasty) starting point for an AI that could do a whole lot more.

Via: ZDNet, Gizmodo
Source: MIT, ArXiv.org (PDF)
In this article: adversarial networks, ai, artificial intelligence, baking, cooking, csail, food, food and drink, food-and-drink, foodanddrink, gear, machine learning, mit, mit csail, neural network, pizza, robots, science, tomorrow
All products recommended by Engadget are selected by our editorial team, independent of our parent company. Some of our stories include affiliate links. If you buy something through one of these links, we may earn an affiliate commission.