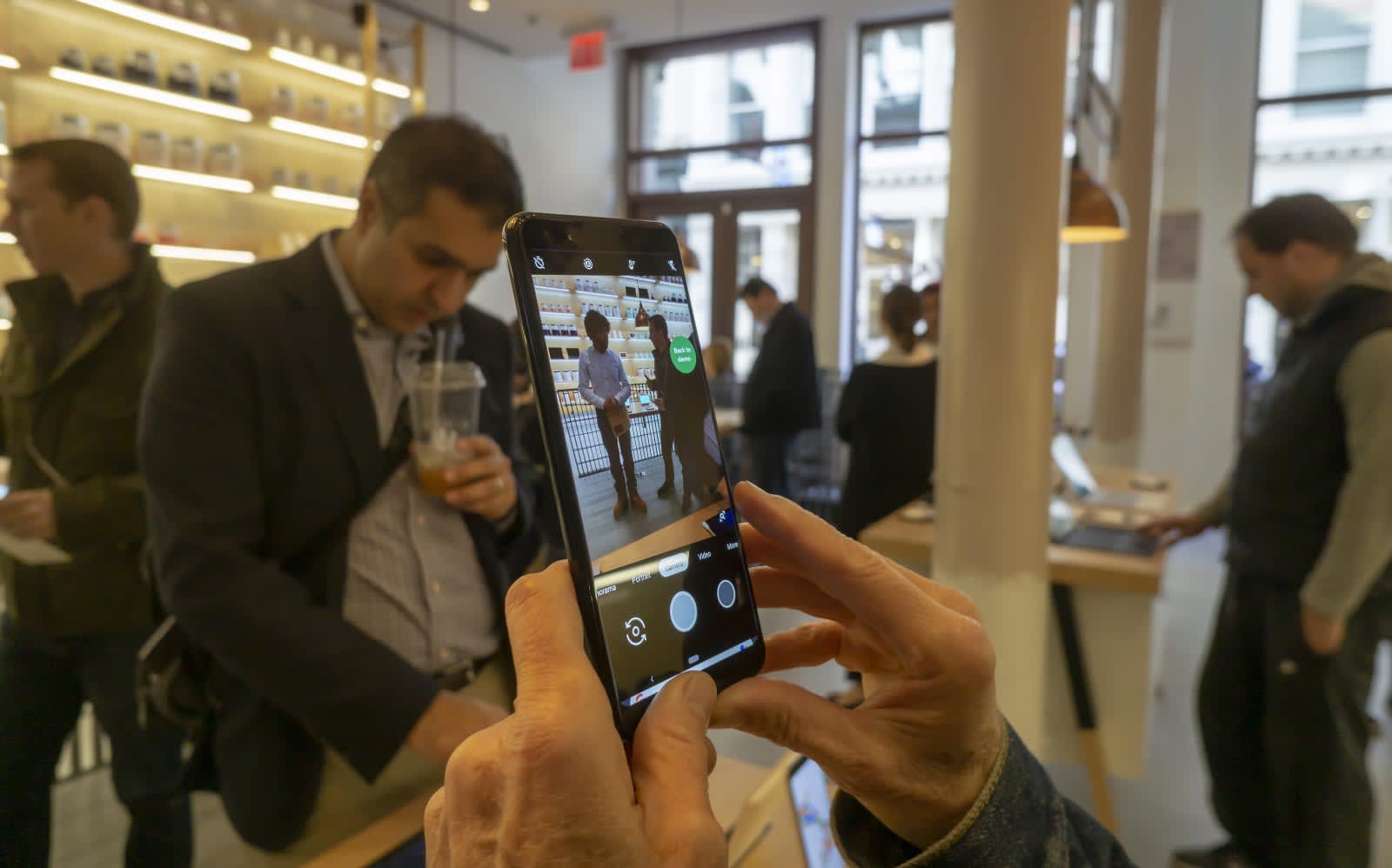 Apparently, Google has plans to turn the Android Messages app into a veritable Instagram and Snapchat rival. XDA Developers has discovered that the tech giant is testing augmented reality effects with pretty impressive elements within its messaging app -- the publication even managed to activate the feature to test it out. The experimental Effects button lives inside Android Messages' camera, right beside the Photo and Video buttons.

It looks like Google is testing five effects at the moment, including one that shows your face through the window of a cartoon airplane before it flies away. The balloon effect puts flying balloons in front of and behind you, while another puts a fireworks display right in your living room. There's also a confetti effect and an angel filter that gives you a halo and a pair of wings. The halo can follow your head around, just like Snapchat's face filters.

XDA says it was only able to access the effects through the messaging app's camera and that they weren't available through the standalone camera app. While the animated messages could reportedly be sent as SMS or MMS, the feature will go well with Google's RCS rollout, which will give you the ability to send and receive high-quality media and get read receipts in the Messages app, among other things. As with any experimental feature, it may take some time before it becomes available to the public. When it does, we hope you're ready for a barrage of Snapchat-like animations flooding your Messages.

Via: Android Police
Source: XDA Developers
In this article: Android Messages, gear, google, mobile
All products recommended by Engadget are selected by our editorial team, independent of our parent company. Some of our stories include affiliate links. If you buy something through one of these links, we may earn an affiliate commission.