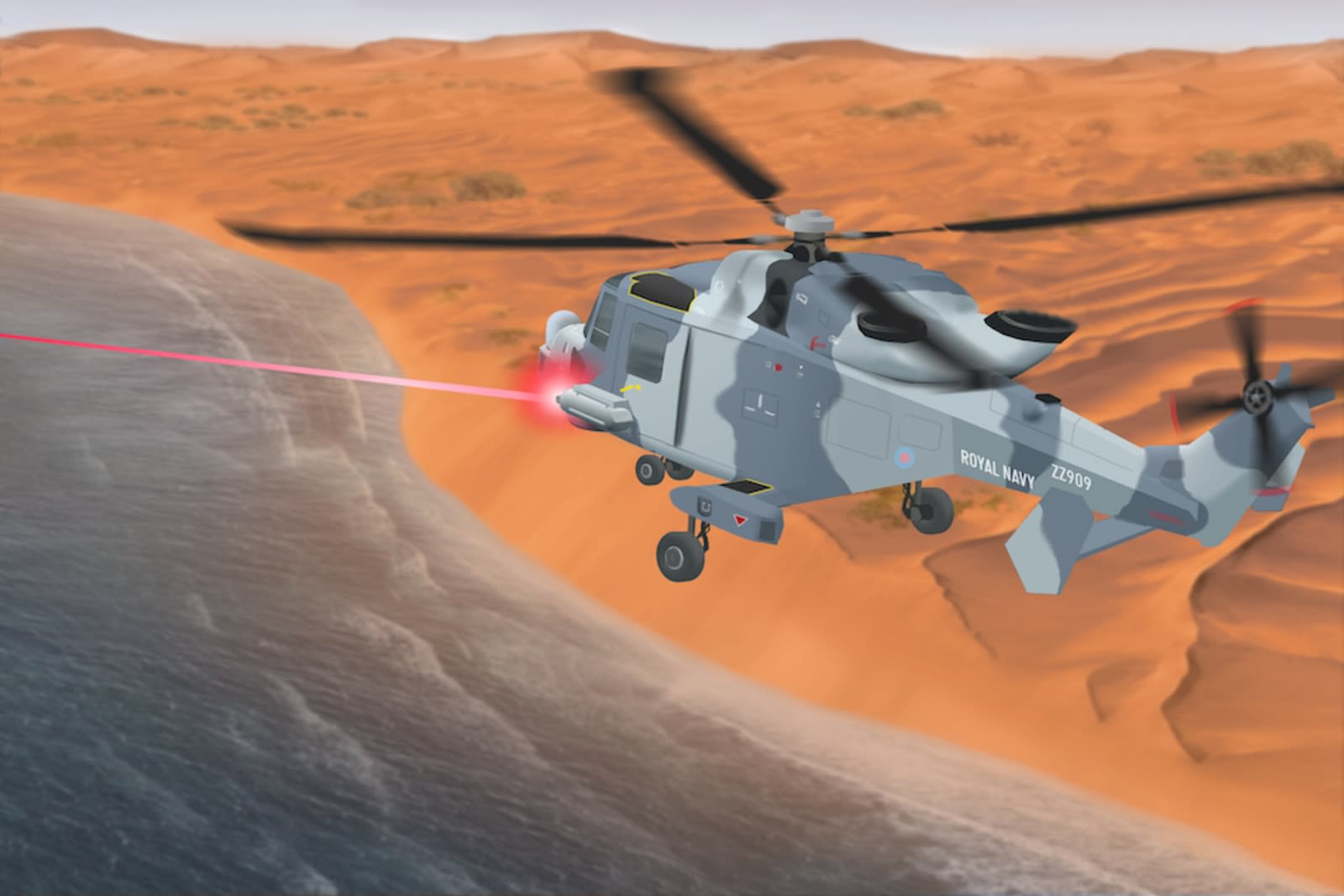 The UK wants to take down enemy drones and missiles with high-energy light beams. The Ministry of Defense (MOD) announced that it's developing laser and radio frequency weapons. Referred to collectively as Direct Energy Weapons (DEW), they're powered by electricity, operate without ammunition and are fueled by a vehicle's engine or a generator.

The lasers would zap drones and missiles from the sky, and the radio frequency weapons could disrupt and disable enemy computers and electronics. According to the UK, the weapons have the potential to lower operating costs and provided "unprecedented flexibility." The UK expects these weapons to reach the front lines within 10 years, but first it will have to test them on Royal Navy ships and Army vehicles. Those trials could begin as soon as 2023.

Laser weaponry isn't entirely new. In 2017, the UK invested £30 million in a laser prototype, and the US put its first laser into service way back in 2014. (For the most part it emits non-lethal flashes to spook enemies or thwart their sensors, but it is capable of destroying small aircraft.) There's a good chance we'll start seeing more weapons of this nature. Now that Russia is giving its soldiers bomb-carrying drones, other countries may look for counter measures.

Via: CNBC
Source: UK Ministry of Defense
In this article: ammunition, battlefield, dew, direct energy weapons, drones, front lines, gear, lasers, Ministry of Defense, missiles, mod, politics, radio frequency, royal army, royal navy, UK, war, weaponry, weapons
All products recommended by Engadget are selected by our editorial team, independent of our parent company. Some of our stories include affiliate links. If you buy something through one of these links, we may earn an affiliate commission.