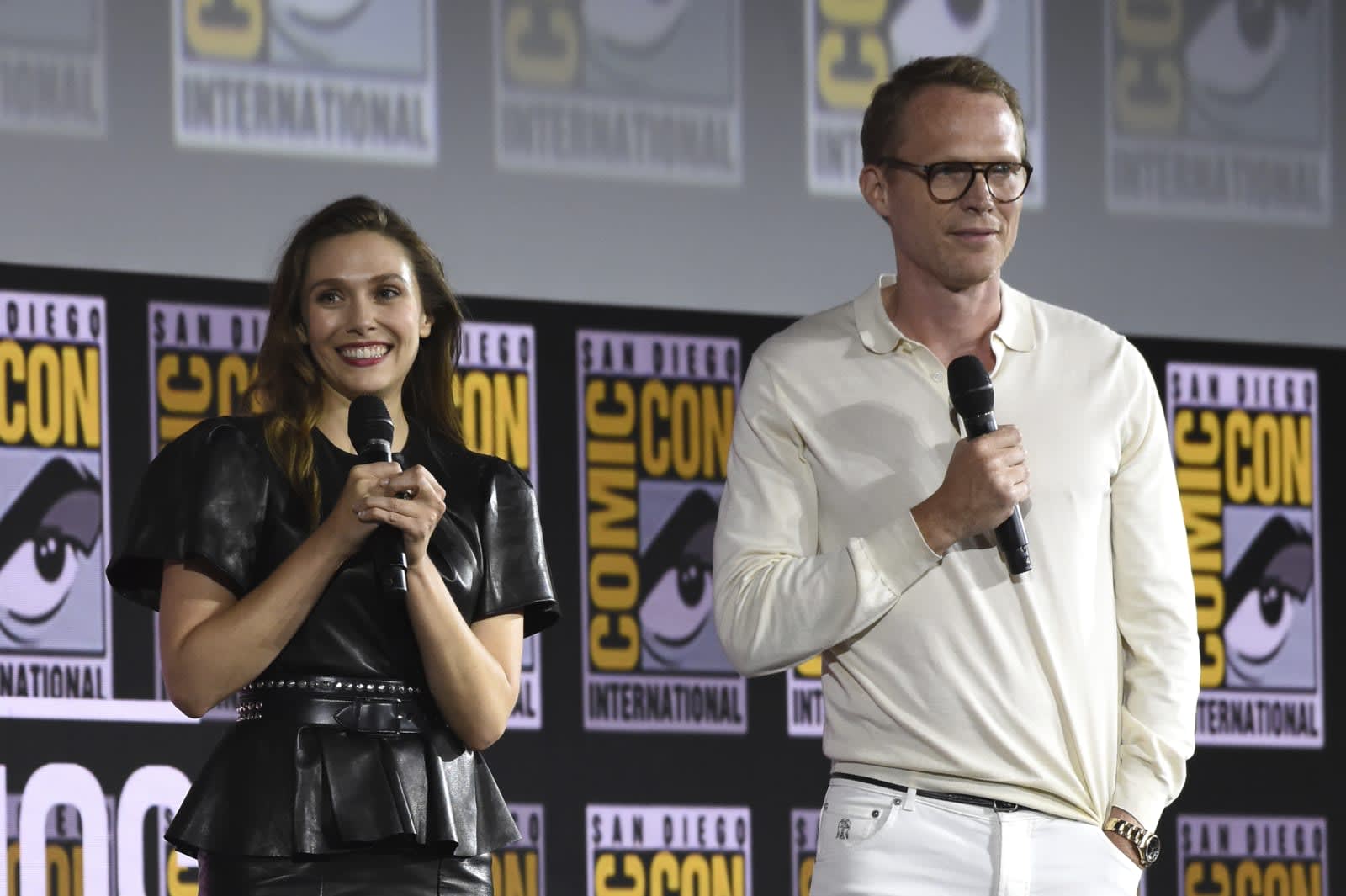 Marvel has provided the first details for phase four of its Cinematic Universe, and it won't surprise you to hear that Disney+ will play a large role. There are no less than five superhero shows reaching the streaming service, although you'll have to wait a while to watch them. And you'll have to watch them if you're an MCU completionist -- at least some of them will provide context for events in upcoming movies.

The first out of the gate, The Falcon and the Winter Soldier, will have Anthony Mackie and Sebastian Stan reprising the roles of their signature characters in fall 2020. They'll both square off against the returning Captain America: Civil War villain Baron Zemo (played by Daniel Brühl) and learn to fill their new roles in the aftermath of Endgame.

The next, the previously mentioned WandaVision, isn't due until spring 2021 but could easily become a cornerstone of the MCU. It will not only fill out details about Scarlet Witch and Vision (Elizabeth Olsen and Paul Bettany, pictured above) in the post-Endgame world, it'll help explain why Scarlet Witch is coming to Doctor Strange in the Multiverse of Madness in May 2021. You'll also see a grown-up version of Captain Marvel's Monica Rambeau (played by Teyonah Parris).

Loki is also coming in spring 2021 and will see Tom Hiddleston reprise his role, although those who've seen the recent Avengers movies will know that things for his character will have... changed. His newfound abilities will allow for more hijinks, to put it one way.

Marvel rounded things out by confirming two previously rumored shows. What If...? premieres summer 2021 and is the first animated production to join the MCU. Much like the comic books it's named after, it'll explore alternate realities as one-offs. It'll include actors from across the MCU (yes, including some of the best-known stars), with Jeffrey Wright playing a consistent role as The Watcher. Hawkeye, meanwhile, has Jeremy Renner return as the archer superhero in fall 2021. He'll serve as a mentor for the fast-rising superhero Kate Bishop.

Notably, all these online shows were treated as equal parts of the MCU roadmap alongside the movies, which include the aforementioned Doctor Strange sequel as well as Black Widow (May 2020), The Eternals (November 2020), Shang-Chi and the Legend of the Ten Rings (February 2021), Thor: Love and Thunder (November 2021) and an MCU revival of Blade (undated). While the since-ended Netflix shows were technically connected to this universe, they were ultimately self-contained and made few references to other adventures. The Disney+ productions, however, are being treated as equals in the canon. That's no doubt meant to drive subscriptions, but it's also heartening news for fans worried that the small-screen efforts will take a back seat.

Via: Yahoo
Source: Walt Disney Company
Coverage: Variety
In this article: av, disney, disney+, entertainment, hawkeye, internet, loki, marvel, Marvel Cinematic Universe, marvel studios, sdcc2019, services, streaming, television, the falcon and the winter soldier, tv, wandavision, what if
All products recommended by Engadget are selected by our editorial team, independent of our parent company. Some of our stories include affiliate links. If you buy something through one of these links, we may earn an affiliate commission.