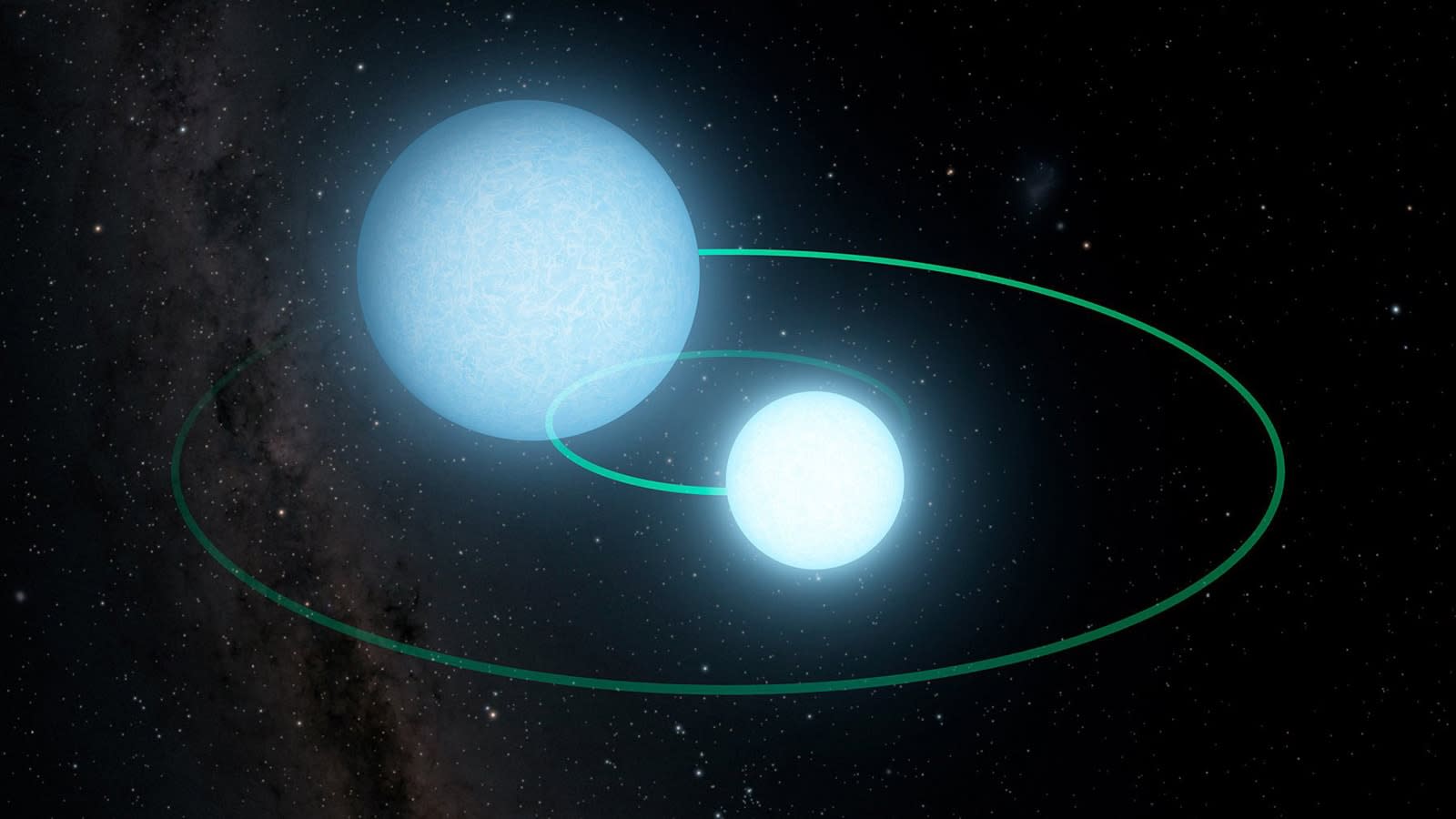 Stars still have plenty of surprises despite (or perhaps, because of) advances in astronomy. Researchers using Caltech's Zwicky Transient Facility have discovered a binary white dwarf system 8,000 light-years away, ZTF J1539+5027, where the two dead stars orbit each other every seven minutes. That's the second-fastest pair of white dwarfs seen to date, and the fastest such "eclipsing" system (where one passes between its partner and Earth). This isn't the first time they've seen one white dwarf 'eat' the other, but it's rare to catch this cannibalization in the act.

The digestion process has its own share of mysteries. The temperature of the smaller but denser star has soared to about 90,000F, or nine times the temperature of the Sun. Scientists believe it's so hot because it's starting to swallow the larger star, but none of the X-rays associated with this accretion process are present. Lead study author Kevin Burdge believed this could be due to larger-than-usual accretion spots that emit ultraviolet and visible light instead of X-rays.

To top it off, the binary is just one of the few identified sources of gravitational waves. While the behavior won't be studied particularly closely until Europe's Laser Interferometer Space Antenna (LISA) launches in 2034, it's evident that there's a lot more to learn. As it is, astronomers expected further study to reveal more about how these binary systems work, not to mention other star systems with initially baffling characteristics.

In this article: astronomy, astrophysics, binary, binary stars, caltech, dwarf star, gravitational waves, space, star, tomorrow, video, white dwarf, zwicky transient facility, gear
All products recommended by Engadget are selected by our editorial team, independent of our parent company. Some of our stories include affiliate links. If you buy something through one of these links, we may earn an affiliate commission.