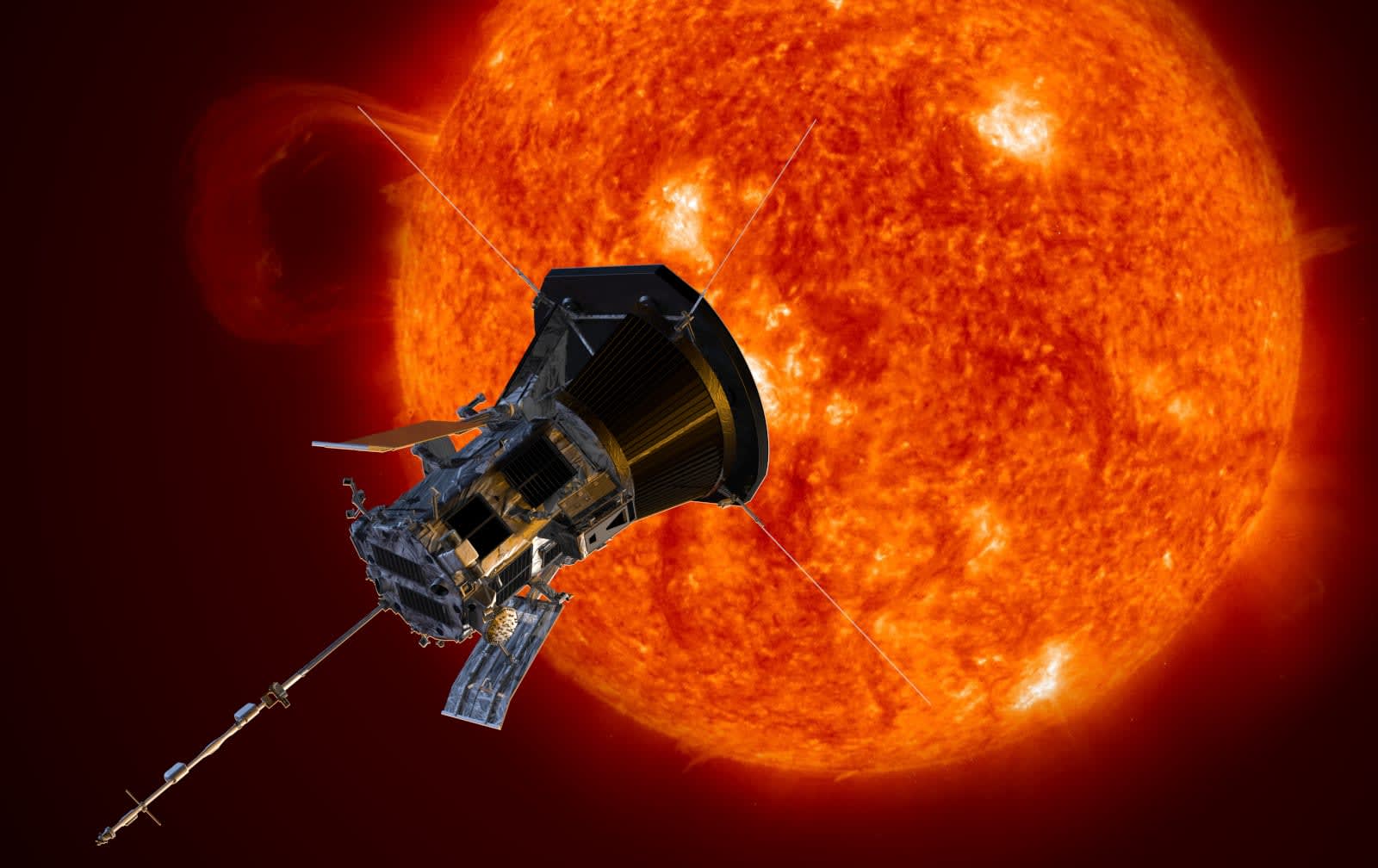 Over the past months, NASA's Parker Solar Probe flew closer to the sun than any other spacecraft before it -- not once, but twice on two flybys. The probe obviously collected as much data as it could so that we can understand the sun better. Now its mission team at Johns Hopkins Applied Physics Laboratory in Maryland has just received the final transmission for the 22 gigabytes of science data collected during those two encounters. That's 50 percent more than it expected to receive by now, all thanks to the spacecraft's telecommunications system performing better than expected.

Parker's ground team found out soon after launch that the probe is capable of a higher downlink rate. In fact, they're taking advantage of that ability by instructing the probe to send back even more data from the second encounter in April. During that event, the spacecraft's four suites of science instruments kept busy collecting information. That's why the mission team is expecting to receive an additional 25GB of science data between July 24th and August 15th.

The mission team will release the data from the first two encounters to the public later this year. Before that happens, the spacecraft will conduct its third flyby, which will start on August 27th and reach closest approach on September 1st. Researchers are hoping that over the net few years the mission can gather the information we need to unravel some of the sun's biggest mysteries, including why the sun's corona (its aura of plasma) is far hotter than its visible surface.

Source: NASA
In this article: data, gear, nasa, space, tomorrow
All products recommended by Engadget are selected by our editorial team, independent of our parent company. Some of our stories include affiliate links. If you buy something through one of these links, we may earn an affiliate commission.