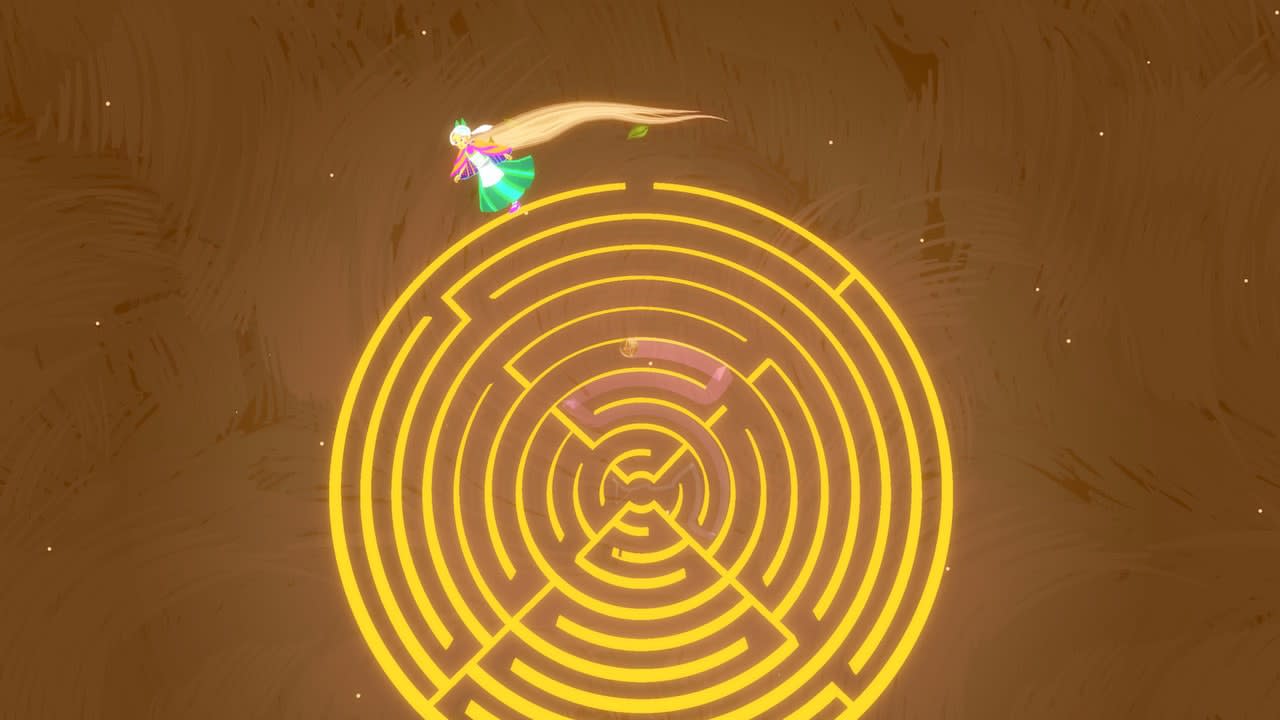 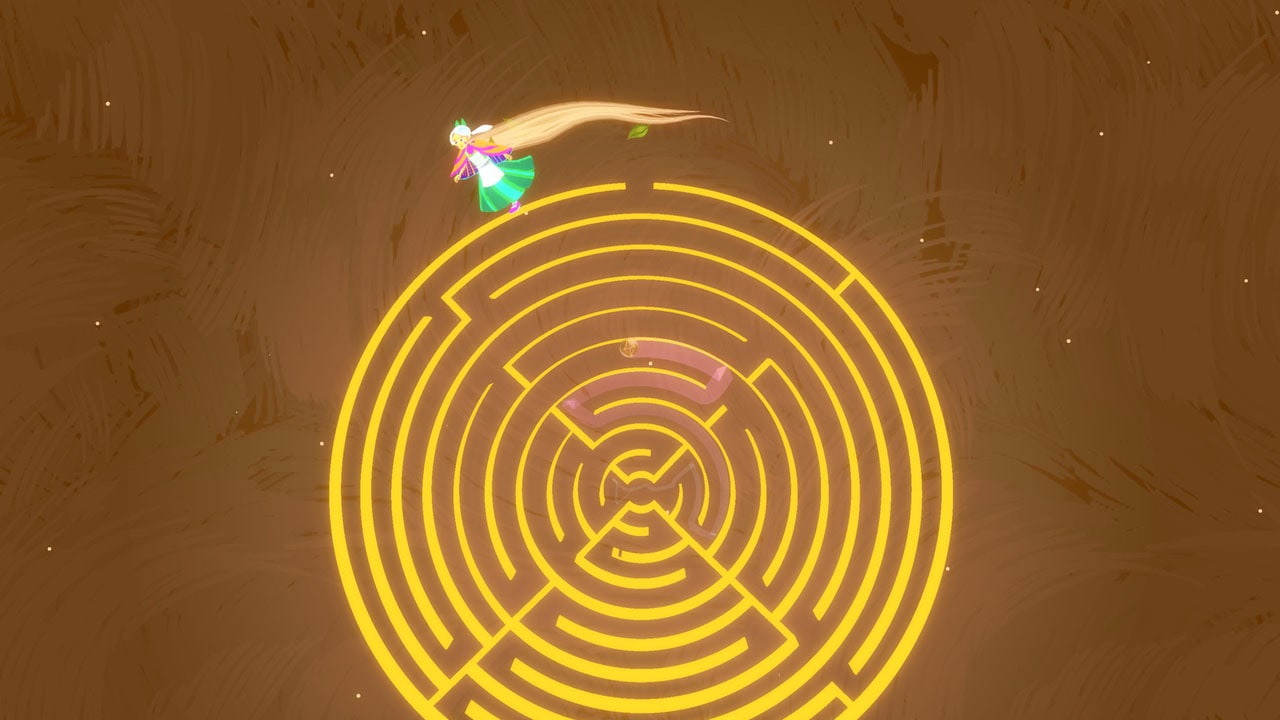 "I can usually tell if they played it until the end based on the way they say that to me," she said. "Like, 'Yeah, I played your game.' Or like, 'I played your game,' and then they look off into the distance. OK, that person played to the end."

Gravity Ghost is set among the stars, in a prismatic galaxy of light, planets and celestial animals. It features video game voice-acting royalty, including Ashly Burch (Horizon Zero Dawn), Logan Cunningham (Bastion) and Sarah Elmaleh (Gone Home), with a soundtrack by FTL: Faster Than Light composer Ben Prunty. Its main mechanic involves flinging the main character, a 12-year-old girl named Fiona, in specific patterns around concentrations of gravity, collecting stars and skills, and solving puzzles along the way.

But that's simply how Gravity Ghost plays. It doesn't explain how the game feels or tap into the story it's trying to tell. Gravity Ghost is a game about personal growth, family and discovering the strength to continue living even when that seems impossible. It first hit PC in January of 2015 and based on the Steam reviews alone, it's had a powerful impact on plenty of players.

"People have told me that it helped them deal with loss, playing through this game," Robinson Swink said. "Even the top Steam review is about that, from a guy I don't even know who just bought the game. He talks about how it helped him deal with it, the death of a loved one. He didn't expect that from playing this little Indie game. I was like, God, that is super-humbling."

This month, even more people have the chance to discover the story behind Gravity Ghost's brushstrokes. Four years after its announcement, the PlayStation 4 version of the game landed August 6th, complete with 13 new levels, fresh music from Prunty and an additional playable character with different gravity-flinging abilities.

It took so long to bring Gravity Ghost to Sony's console for one simple reason: It's an independent game, and that's just how it goes sometimes. Robinson Swink and her tiny team worked on the project in their free hours, while they all had demanding full-time jobs elsewhere. Gravity Ghost sold well, but not well enough to support a studio for more than a few years, a situation that would force Robinson Swink to either rush on a new game or compromise in other ways.

So, the small team gathered on three- and four-day weekends to work through problems that required constant attention and adaptability, and sometimes at the end of it all, they'd still be stuck.

"One of the biggest tech hurdles we had, that was not expected, was -- the main character has this very long hair," Robinson Swink said. "It floats behind her very far, and there's a couple of different strands and it gets sort of offset in this nice sine wave. It ends up being a lot of math. We just couldn't get it happening fast enough to look nice for a long, long time."

Four years later, and Fiona's hair floats behind her seamlessly in the PS4 version of Gravity Ghost.

"When we finally did crack that, I was over the moon," Robinson Swink said. "And then, believe it or not, once the game is complete, there's still a ton of work to do."

This time around, she hired a PR team to handle marketing and pass out review codes for the launch. Robinson Swink is busy, nowadays, as a senior quest designer at Guerrilla Games, the Dutch studio behind Killzone and Horizon Zero Dawn. In the past four years, she's made the move from full-time indie development in Arizona to large-scale studio work in the Netherlands, with a stint in California along the way. All the while, she was chipping away at the PS4 version of her game.

"I feel like I've had to reinvent myself," Robinson Swink said.

"I've had to reinvent myself."

After the PC launch of Gravity Ghost, Robinson Swink picked up a job as the creative director of a video-game masters program at UC Santa Cruz. For roughly three years, she mentored students and connected them with the professional marketplace, teaching the tools to succeed in modern studios. One of her student teams built an esports-focused title and ended up securing $1 million in funding.

As the end of her contract neared, she reached out to a recruiter who worked with video-game and technology companies to check out her career options. 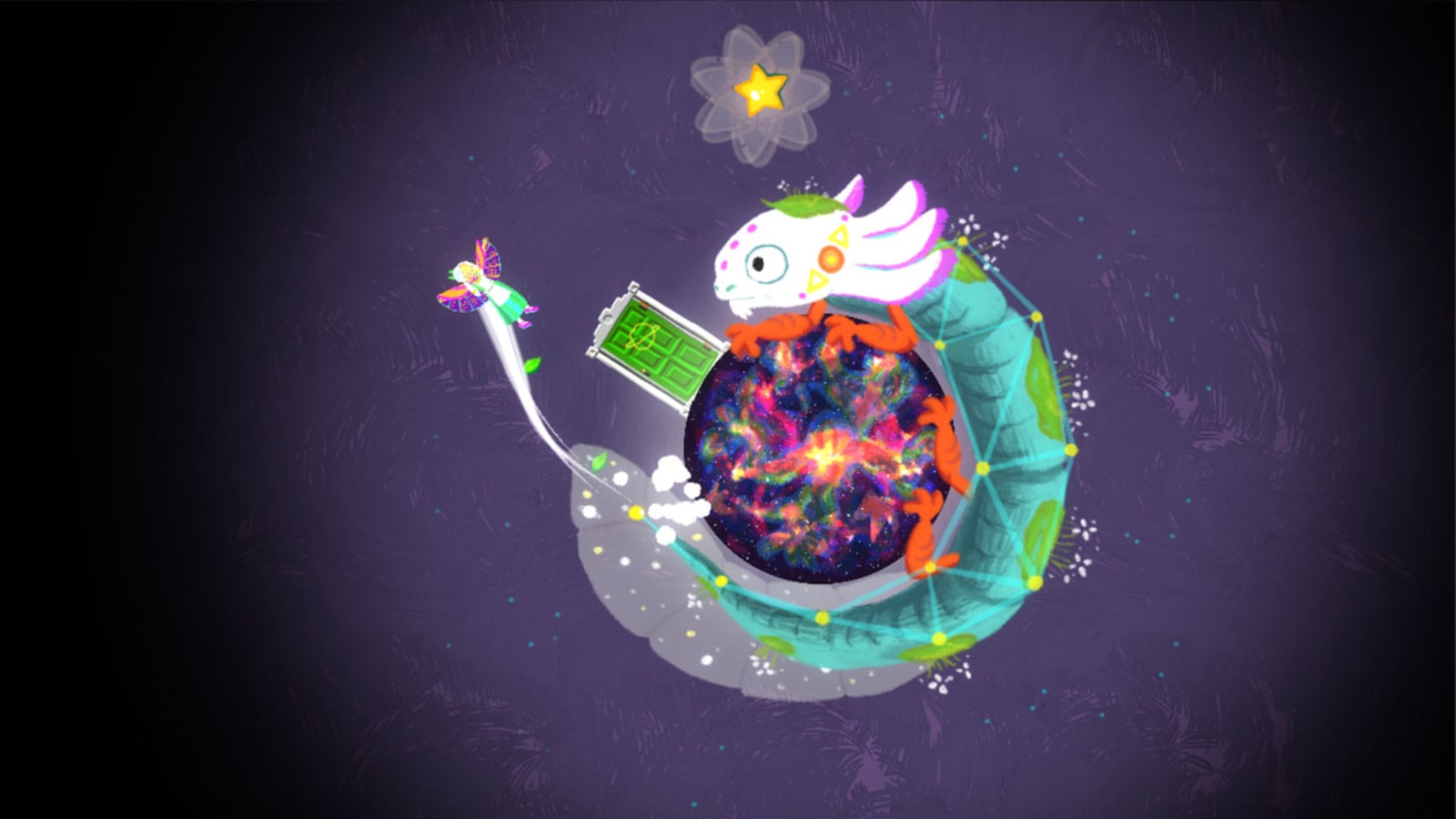 "She basically told me, 'You've been out of development for three years or so. You wait any longer, you're never gonna get back in,'" Robinson Swink recalled. "I was like, 'What?!'"

So, she started applying (and hired a C++ tutor for a year so she could add that skill to her résumé -- students, take note). Guerrilla was high on her list, following the release of Horizon Zero Dawn in 2017.

"I decided Horizon was really important to me," she said. "And I wanted to work on stuff that was important to people, so I decided to apply there."

Robinson Swink won't say what she's working on now at Guerrilla, though her past work aligns beautifully with the themes of its most acclaimed title. Not only because Ashly Burch is the voice actor in both Gravity Ghost and Horizon, but because both games handle heavy themes of self-realization and loss in a mature, yet mechanically immersive, way.

"With something like Horizon Zero Dawn, there are definitely moments of real joy, and then there are also moments of real, real darkness that hit pretty close to home," Robinson Swink said. "So, I think, definitely there was that appeal for me. On the surface, Horizon's an excellent, excellent game without the story. But then they added that, and it added so much to the whole experience, I was just in awe."

"I'm just enjoying being part of a team."

When developers leave AAA studios to go indie, they often cite feeling restrained. They're unable to freely express their ideas at large companies, lost in the machinery of a thousand-person development team and working toward goals set by shareholders, rather than storytellers. Starting an independent studio has historically been viewed as a way out and a path back to video games' artistic roots.

It was the opposite for Robinson Swink. She started out in charge of her own independent studio, building the game she wanted to -- and handling everything else that comes with running a successful business. When her current boss, Tim Stobo, recently asked how she was enjoying the jump from indie to large-scale development, she replied, "I'm just enjoying being part of a team and not having to be the one in charge, and not having to make all the decisions. Just being able to focus on the creative part, which is what I've always loved the most." 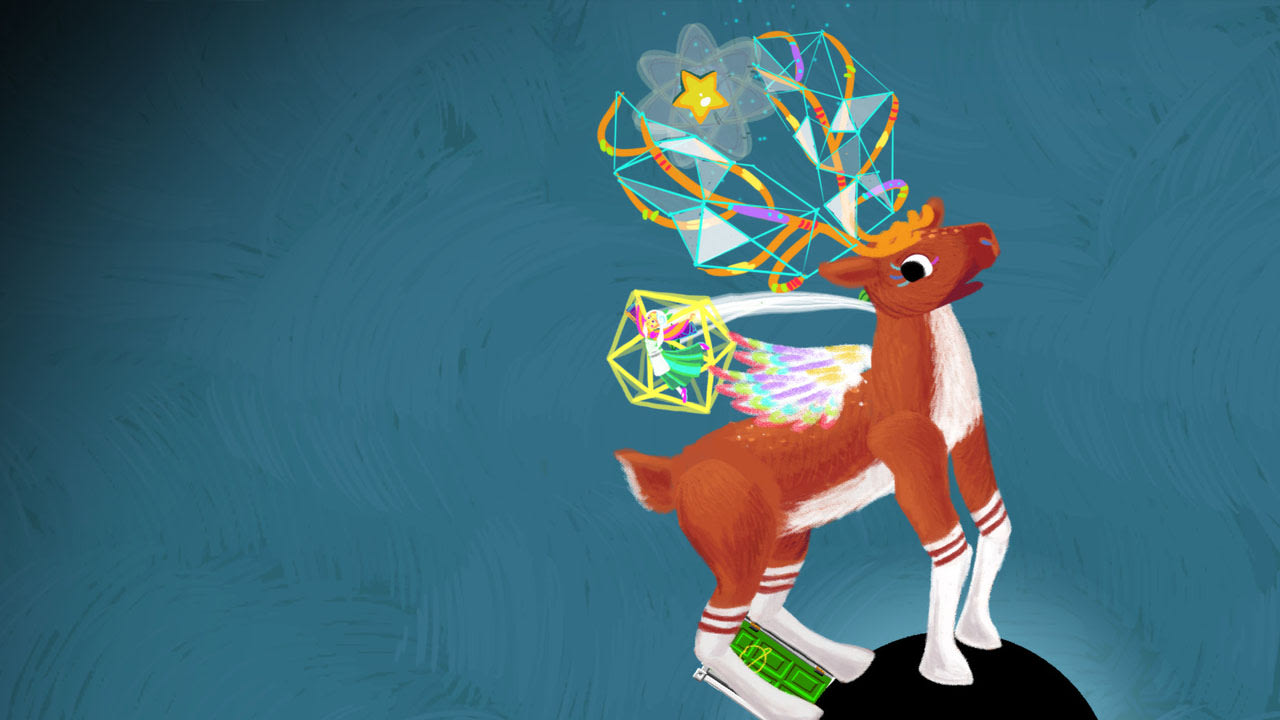 Robinson Swink has been making a living as a game developer for more than 10 years (alongside her husband, Havocado developer Steve Swink). Setting up her new home in the Netherlands, launching Gravity Ghost on PS4, and flexing her creativity at a studio she truly believes in, Robinson Swink feels like she's made it.

"I feel like I'm at the place now that I was hoping to be when I started out chipping away at Indie games," she said. "My first paying gig in video games was in 2007. I did the art for a point-and-click adventure game called Blackwell Unbound. I made, I think, $600 for doing that. That was only a dozen years ago, and I feel like now, I've arrived. It feels really good to know that that hard work all went somewhere."

In this article: av, gaming, gravity ghost, Guerrilla Games, Horizon, horizon zero dawn, indie, interview, personal computing, personalcomputing, Playstation4, ps4, sony, video games
All products recommended by Engadget are selected by our editorial team, independent of our parent company. Some of our stories include affiliate links. If you buy something through one of these links, we may earn an affiliate commission.