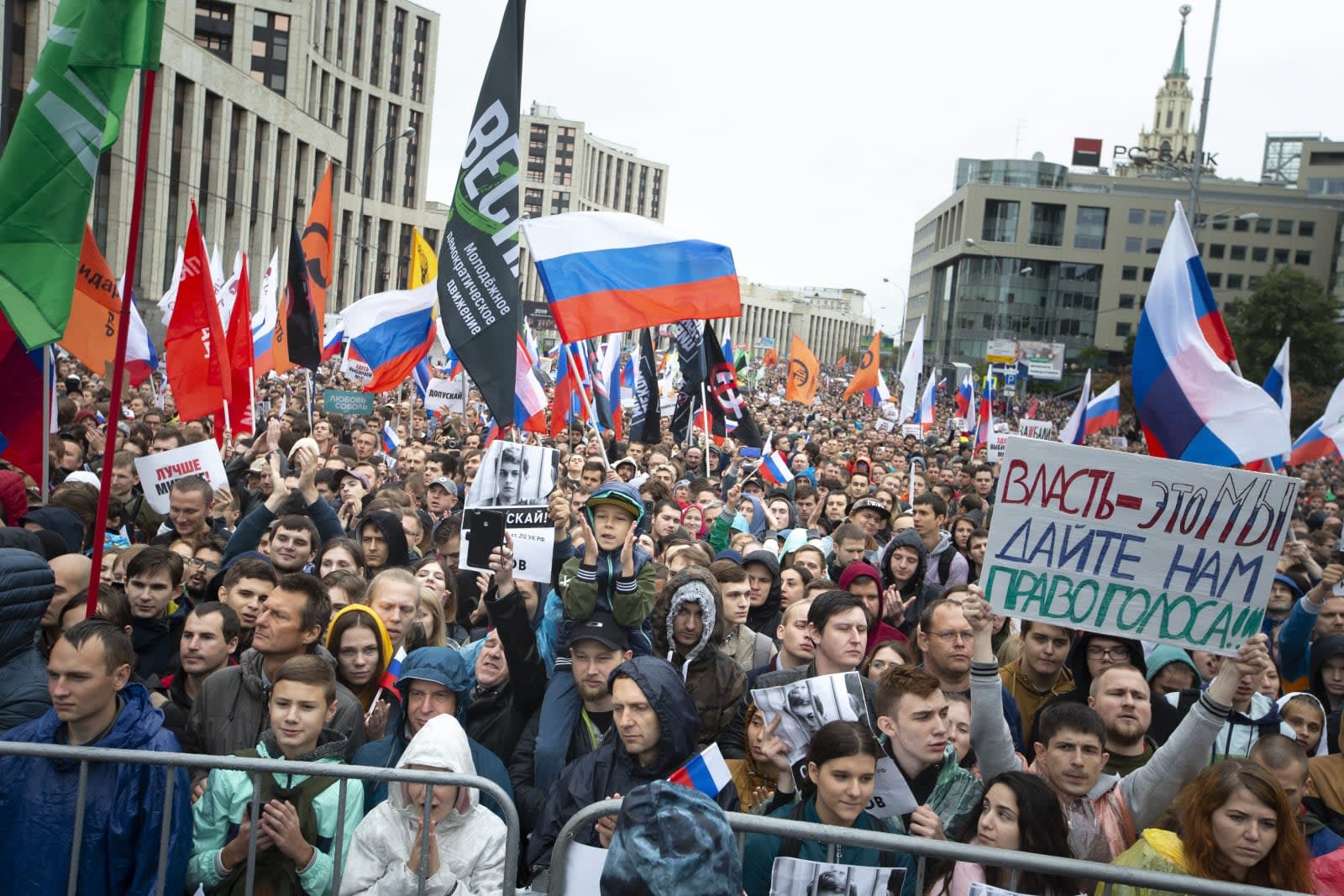 Russia is intensifying its pressure on Google to censor political dissent in the country. Media overseer Roskomnadzor has sent a letter to Google insisting that it stop promoting "illegal mass events" on YouTube. It didn't like that YouTube channels were using push notifications and other measures to spread information about protests, such as the recent demonstrations objecting to Moscow banning some opposition politicians from running in upcoming elections. Some users are allegedly receiving these alerts even if they're not subscribed to the channels.

The company won't have much choice but to respond. The Russian agency said it would treat continued promotion as "interference in the sovereign affairs" of the country and consider Google a "hostile influence" ostensibly bent on obstructing elections. Officials would have the "right to an adequate reaction," Roskomnadzor said.

There's no mystery as to why Russia is raising the objection. Protests have continued to grow (the most recent as of this writing had about 50,000 participants), and they've turned increasingly from the Moscow-specific complaints to general dissatisfaction with President Putin's anti-democratic policies. A crackdown on YouTube would theoretically stifle attempts to rally these protests and maintain the status quo.

As in the past, this leaves Google in a difficult spot. Complying with the demand could hurt political freedom in Russia and hurt YouTube's reputation in the country, but defying it could lead to Russia blocking some or all of the video service. Neither choice is ideal for either free expression or YouTube's bottom line.

Via: Reuters
Source: Roskomnadzor (translated)
Coverage: Wall Street Journal
In this article: censorship, free speech, gear, google, internet, politics, protest, protests, putin, russia, streaming, youtube
All products recommended by Engadget are selected by our editorial team, independent of our parent company. Some of our stories include affiliate links. If you buy something through one of these links, we may earn an affiliate commission.