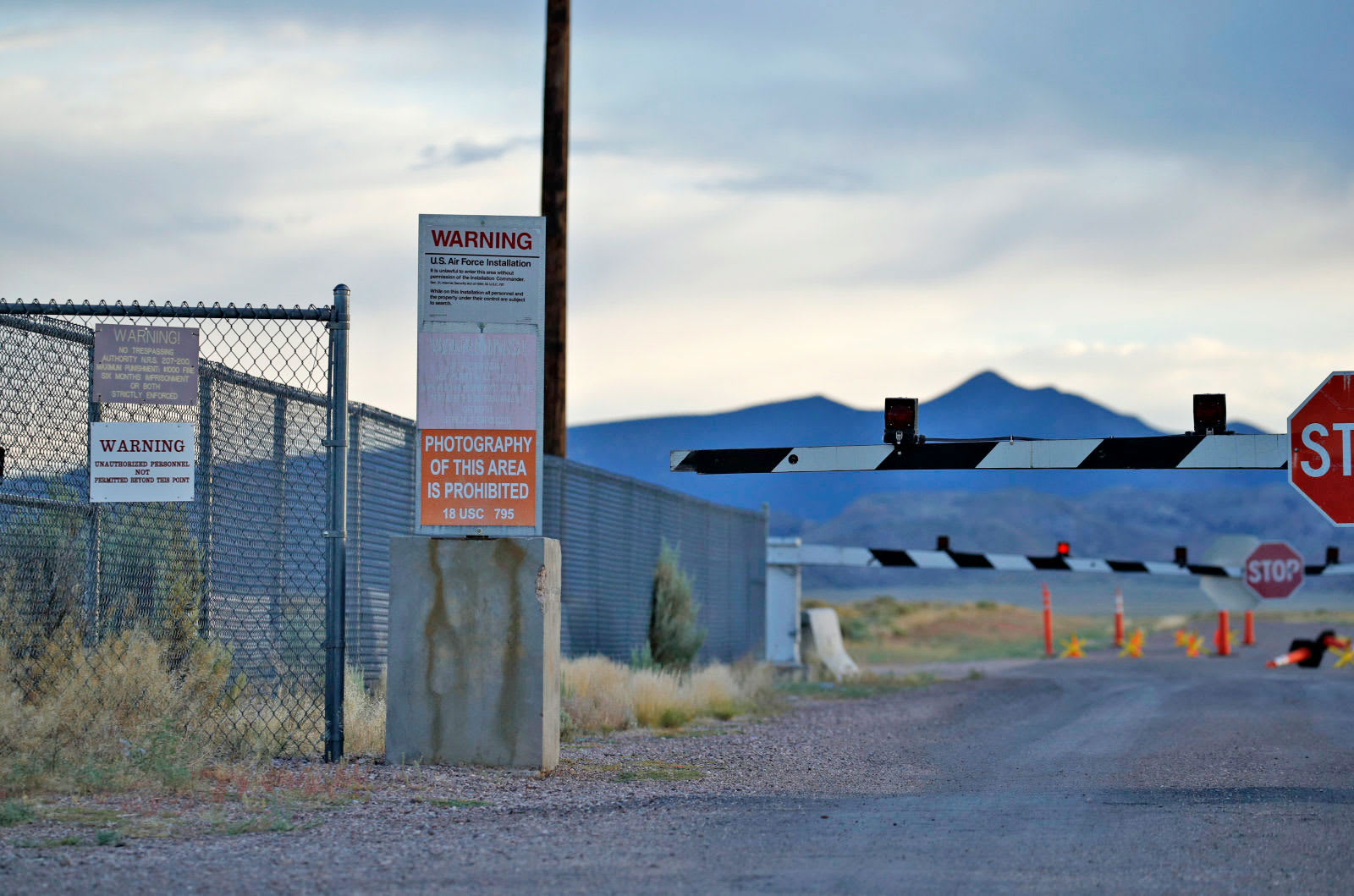 Facebook may have shut down the "Storm Area 51" event that racked up more than two million followers, but the spirit of the meme is going to live on in the form of a festival. Matty Roberts, the creator of the original event, announced that he teamed up with event producer The Hidden Sound to create Alienstock, a three-day festival that will be hosted in Rachel, Nevada. The event, which promises a bunch of headlining music acts who have yet to be announced, will start September 20th.

The details on Alienstock are still pretty sparse. So far, the website set up for the event (which has two different start dates listed on it) is promising a "party in the desert" set in the town closest to Area 51. The event planners are currently seeking donations to cover the cost of hosting the event, hoping to raise enough money to provide sufficient access to food and water, toilets, security and staff to make the whole thing happen. Given the quick turnaround from the festival's announcement to its actual start date, it's hard to avoid comparisons to Fyre Festival, a failure so spectacular that it earned competing documentaries from Netflix and Hulu.

While Alienstock attempts to capitalize on the success of what was essentially a Facebook meme, that people living in Rachel, Nevada -- a town of just 54 -- are reportedly less than thrilled about the potential influx of people interrupting their quiet existence. According to the Washington Post, businesses in the town have been flooded with interview requests and the town's website now warns potential festival attendees of limited resources.

"There are no services in Rachel. There is no gas and no store. The Inn is booked for that weekend," the website's warning reads. It informs people planning to show up for the event that they will need to be experienced campers and prepared to survive in dramatically changing weather, as it often drops near freezing temperatures at night while getting into the 80s and 90s during the day. The town also states that there is limited to no cell service in the region. Still, event organizers claim they expect anywhere from 5,000 to 30,000 to Alienstock.

Source: Washington Post
In this article: alien stock, Area 51, business, entertainment, facebook event, Festival, internet, meme, storm area 51
All products recommended by Engadget are selected by our editorial team, independent of our parent company. Some of our stories include affiliate links. If you buy something through one of these links, we may earn an affiliate commission.